PETE JENSON: Barcelona WILL bring in Bernardo Silva if they can sell Frenkie de Jong


PETE JENSON: Xavi loves Bernardo Silva’s football intelligence and Barcelona WILL look to bring him in as Frenkie de Jong’s replacement if the Dutchman leaves, but LaLiga must approve the club’s asset sales for them to pull off masterplan

By Pete Jenson for MailOnline

Xavi is a big admirer of Bernardo Silva and no one at Barcelona doubts the Manchester City midfielder’s quality. But if he ends up signing for Barca the transfer will have as much to do with finances as football.

Barcelona are still emerging from the financial quagmire of years of mismanagement and €500million (£417m) of revenue lost to the pandemic. They have sold off various assets but they now need to convince LaLiga that they have increased revenue sufficiently to be allowed to register all their new signings.

Club president Joan Laporta referenced this cloud of doubt hanging over the club on Monday when they presented Jules Kounde.

He said he hoped LaLiga would interpret Barcelona’s summer economic activity in the same way as the club, and that they would not put further ‘obstacles’ in Barcelona’s path as they try to move forward.

Moving forward meanings signing Cesar Azpilicueta from Chelsea, too. The club sent the accounting paperwork to LaLiga on Tuesday and is now waiting for the verdict.

If LaLiga accepts the figures offered them by Barcelona then they can sign Azpilicueta and possibly his Chelsea team-mate Marcos Alonso too.

But if LaLiga dispute the figures then Barcelona will need to take action. They could sell more of Barca TV with socios.com apparently willing to buy a further 25 per cent of the club’s production company. They could also sell a big player.

The pressure for Frenkie de Jong to leave is already cranked up to maximum and the club’s masterplan is that the Dutchman goes and that Silva joins in his place, for all that they are not similar players.

If Barca can sell De Jong for the £70m they paid for him in 2019 and bring in Silva for a similar price they will do it. The financial gain will come for them with the wages because the City midfielder will earn a fraction of the Dutch international’s projected earnings. 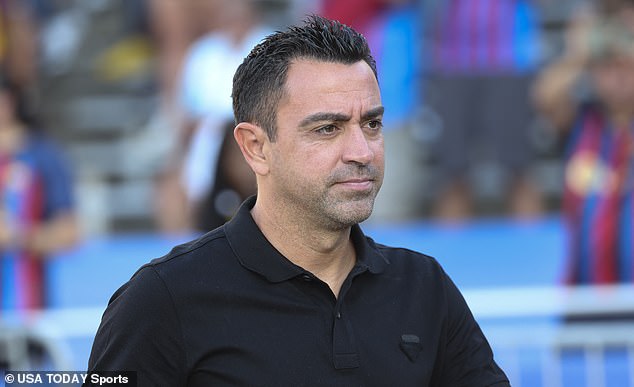 De Jong was given a massive contract by previous Barcelona president Josep Bartomeu and is due to earn, with added back-dated earning from pandemic-affected seasons, close to €20m (£17m) net this season and as much as €25m (£21m) the following campaign.

If Silva earns closer to €10m (£8m) that difference will help push Barcelona over the line in terms of convincing LaLiga that they have put their house in order and mean they can register new players without problems and make more signings.

The possible difference of opinion between LaLiga and Barcelona is in the amount of money Barca are saying they have made from the sale of 25 per cent of their future TV rights income to the San Francisco based investment fund Sixth Street.

Barcelona say the total amount is €667m (£557m) but they have arrived at that figure on the basis of the future value of those TV rights.

If LaLiga only allows them to declare the money they are being paid now then the sum could be closer to €500m (£417m). If that creates a shortfall then they go back into exit-De Jong overdrive. 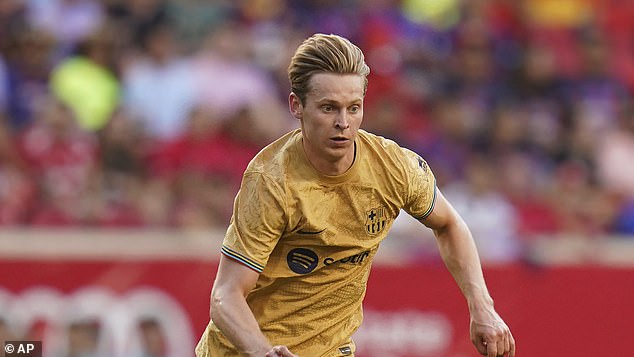 ‘We are working on players leaving but it is not easy,’ said Laporta on Monday.

The club have since managed to sell defender Oscar Mingueza to Celta Vigo and are on the brink of selling midfielder Riqui Puig but neither deal brings in big revenue.

De Jong has so far rejected the advances of Manchester United citing not wanting to be outside of the Champions League as the main reason. That has left Barcelona hoping that a team which is in the Champions League – Chelsea – will step up and make a bid. Spanish radio Cope has claimed such a bid had been made.

De Jong was played at centre-back during some of Barcelona’s pre-season friendlies on their US tour – an often used ploy to force a player out.

But he knows that if he stands his ground the club will end up playing him in the position where he operates best once the season begins and the window is shut.

Barca have indicated that another way out of this for him is to take a massive pay cut. As of yet the pay-cut or play at centre-back tactic doesn’t seem to be pushing him any closer to the exit. 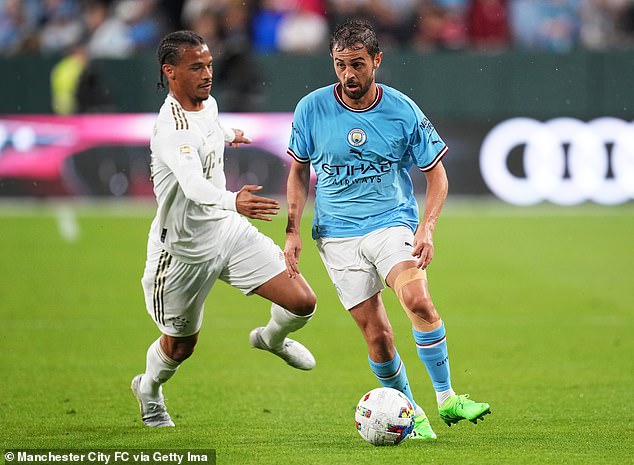 Silva has featured regularly in pre-season for City, pictured here against Bayern Munich

If he stays it’s almost impossible for Barcelona to sign Silva. But if he ends up moving on then Barça will bring in the 27-year-old as his replacement.

The club are confident it can be done during the last days of the window because their relationship both with his agent Jorge Mendes and with Manchester City is so good. Personal terms between club and player are already all-but agreed.

He is not the same player as De Jong operating higher up the pitch and without the flexibility to play as a holder or reluctantly as a defender.

But that will not matter too much to Xavi who believes the talent and football intelligence is there in abundance and can be used to great effect in his new look Barça team – how is a player that Pep Guardiola adores not going to be to Xavi’s liking?

There is still just under a month of the window left and Silva is still on the table as an option.

LaLiga’s view on Barcelona’s asset sales and De Jong’s resistance to being pushed out are the two key factors that will decide if he ends up at the Camp Nou or stays at the Etihad.

Barcelona are getting closer to signing £80m Man City superstar

Liverpool could pounce on mess at Barcelona by signing midfielder

How to watch La Liga in Australia: TV, live stream, schedule for 2022/23 season