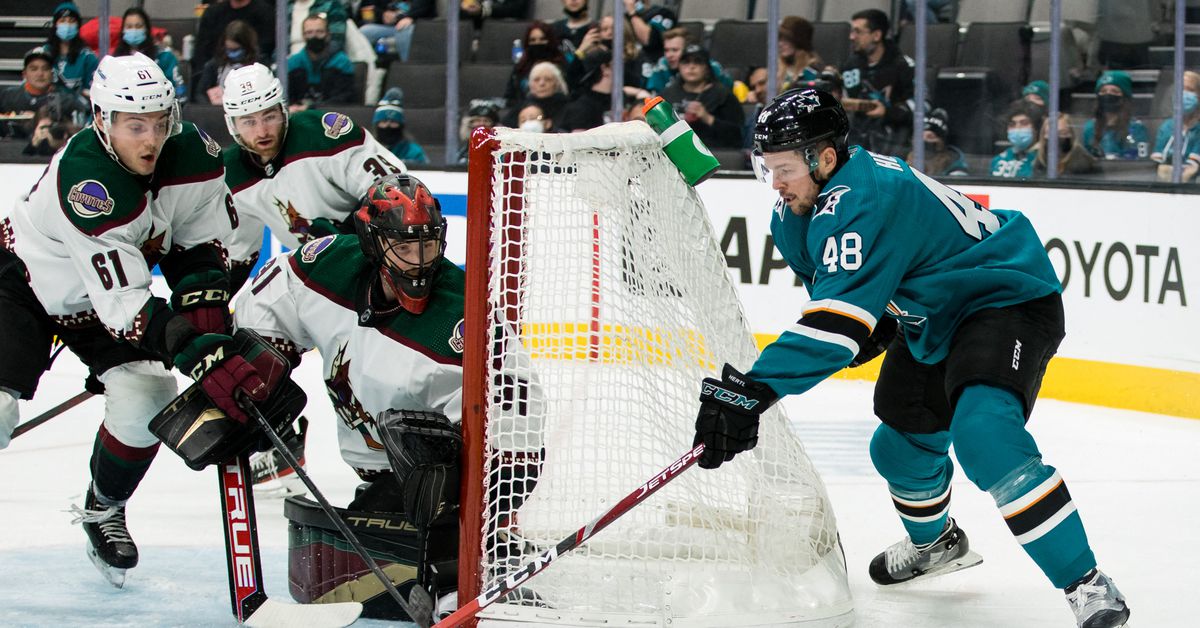 Down 7-5 with just over three minutes to play in regulation, Arizona’s Shayne Gostisbehere scored to make it a one-goal game, and Andrew Ladd tied it on the power play with 1:29 left. However, the Coyotes couldn’t complete the comeback and lost for the ninth time in 11 games.

Brayden Point returned to the lineup for the first time since Nov. 20 and collected two goals and an assist, and Ross Colton and Corey Perry also tallied for the Lightning, who have won seven consecutive on home ice. Perry tied the game with 20 seconds left in regulation.

Montreal’s Rafael Harvey-Pinard scored and Corey Schueneman earned an assist on the goal in their NHL debuts. Kale Clague scored his first NHL goal in his 39th game, and Lukas Vejdemo and David Savard netted for the first time this season.

Jonathan Marchessault had two goals and an assist to lead Vegas past host Los Angeles.

Reilly Smith and Chandler Stephenson each had a goal and an assist, and Laurent Brossoit made 24 saves for the Golden Knights, who were playing their first game since Dec. 21. Vegas’ Mattias Janmark and Keegan Kolesar also scored.

Adrian Kempe had a goal and an assist and Trevor Moore and Alex Iafallo also scored for Los Angeles, which hadn’t played since Dec. 19. Kings goalie Jonathan Quick stopped just 10 of 15 shots before he was replaced by Garret Sparks early in the second period. Sparks finished with 11 saves.

Bluelines: Why You Shouldn’t Worry About Another NHL Lockout