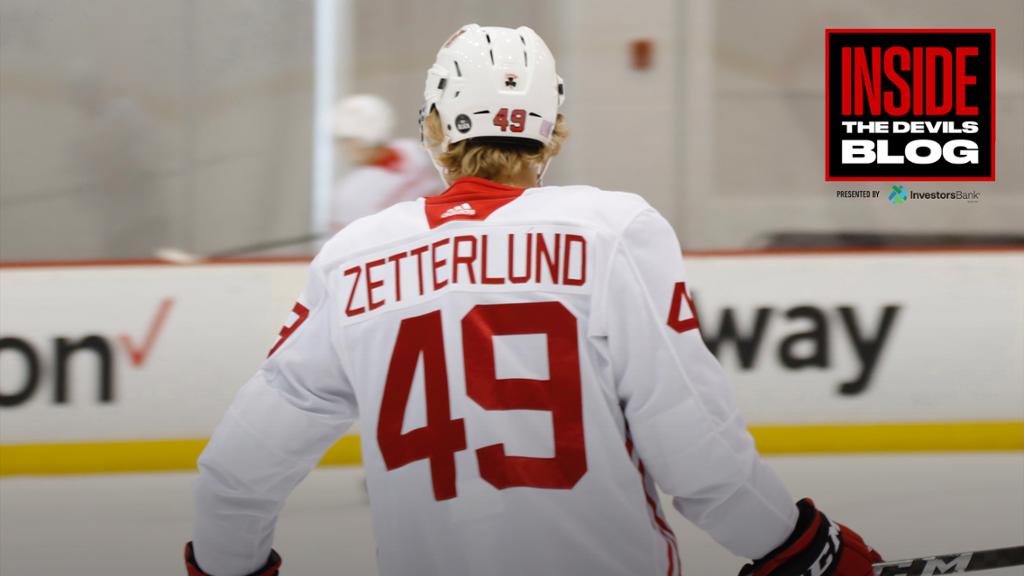 The Utica Comets are on the cusp of history. The club has won 10 straight games and could open the season with a team record 11-game winning streak with a victory Wednesday night at Rochester.

One of the players that got the Comets to this point is forward Fabian Zetterlund, who has three goals, nine points and a plus-7 in 10 games. However, instead of traveling to Rochester for the possibly record-breaking game, he took a car ride to New Jersey.

Zetterlund, a third-round pick (63rd overall) in the 2017 NHL Draft, was recalled to the National Hockey League, thus missing the chance to make a little history. Not that he minds.

“No, I’m just happy to be here,” he said following Wednesday’s practice. “I didn’t really think about that.”

The Devils will be in Florida over the next few days to play the Panthers Thursday and two-time defending Stanley Cup-champion Tampa Bay Lightning Saturday. And Zetterlund is expected to make his NHL debut at some point during the trip.

“The reason you bring someone up is you’re planning on getting him in the lineup,” head coach Lindy Ruff said. “The way it looks now, that should probably happen.”

Zetterlund, who enjoyed dinner Tuesday evening with some of the Devils’ Swedish players, adds an element to the Devils that fits well with their style of play. And his style will be a perfect fit in the role the team envisions him fulfilling.

“The one thing I noticed even before we sent him down (in training camp) was the speed and the hardness he played with,” Ruff said. “He plays a game that’s difficult for the opposition to play against. He uses his skating. He’s strong on his skates. He can get to the net. He can actually bully his way to the net.

“He realizes that’s the type of game he needs to play to get a chance to play. He’s played that part well down there. It fits what we need here.”

Zetterlund, 22, skated on a line with Michael McLeod, Jimmy Vesey and Mason Geertsen (players rotating through). If that holds, he would be part of the fourth line.

“I want to bring my physicality, my speed,” Zetterlund said. “Take the puck to the net every shift. Play hard every shift. Just be an all-around player.

“Just getting going and play the best I can.”