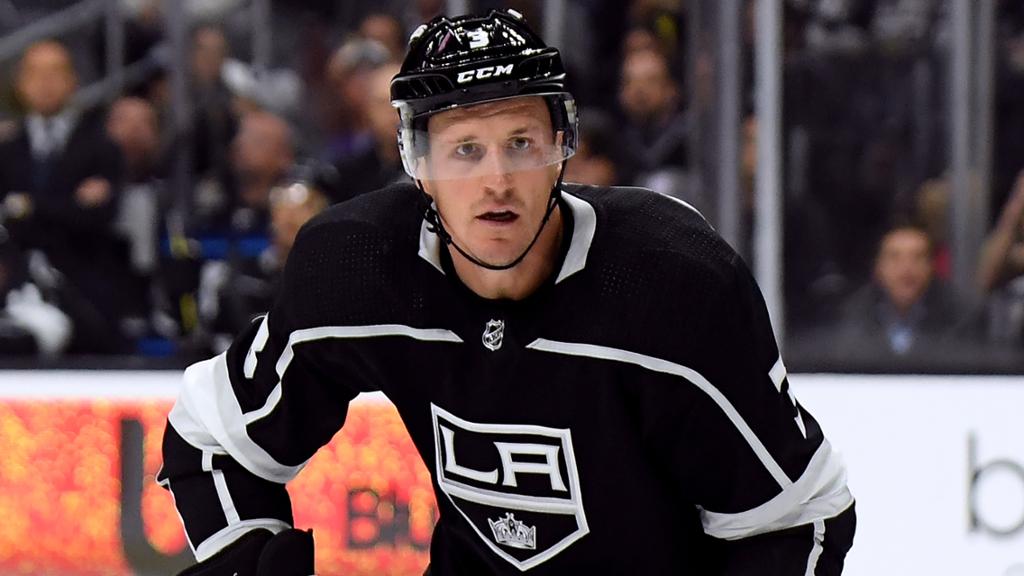 Phaneuf, who last played in the 2018-19 NHL season, was a finalist for two major awards and the captain of one of the NHL’s marquee franchises during his career.

“The last couple weeks where I knew that I was going to formally announce my retirement, you do a lot of reflecting,” Phaneuf said “Growing up in Edmonton, my dad always made a backyard rink for me and when we played out there, it was my dream to play in the National Hockey League. When I look back at my journey, you just wanted to play a game but I was very fortunate to make a living playing this great game. I enjoyed every part of the journey, I played with some great teammates, played for some great ownership. You don’t have enough time to thank everybody.”

“I feel how your teammates remember you is really what matters because you’re in that locker room and battling with them on a nightly basis,” Phaneuf said Tuesday. “I hope I’m remembered as a guy who competed, that played the game hard and would do anything for his teammates and played the game the right way. I took pride in being a physical player but I also enjoyed the offensive side of it too.
I hope I’m remembered that way. You don’t have individual success in this game without your teammates.”

Phaneuf, the No. 9 pick of the 2003 NHL Draft, scored 49 points (20 goals, 29 assists) in 82 games for the Calgary Flames in 2005-06 and was a finalist for the Calder Trophy, awarded to the NHL’s rookie of the year, finishing third behind forwards Alex Ovechkin of the Washington Capitals and Sidney Crosby of the Pittsburgh Penguins. The goal total was Phaneuf’s NHL career high.

He scored 60 points (17 goals, 43 assists) in 82 games for the Flames in 2007-08; was runner-up to Nicklas Lidstrom of the Detroit Red Wings for the Norris Trophy, awarded to the NHL’s best defenseman; and was named an NHL First Team All-Star. The assist and point totals were his NHL career highs.

“It was a special honor to represent the Maple Leafs as team captain — a point of pride and honor I will carry with me forever,” Phaneuf said.

“Not winning will definitely always be one of my regrets but I feel a a player, I competed, I played hard, I left everything I could out there and I’m proud of the player that I was,” Phaneuf said. “For me to stand here and officially announce my retirement, I’m definitely as ease and am looking forward to the next stage of my life.

“The game has given me so much and I want to get back in some capacity whether that’s scouting or player development. I do want to get back in but I’ve got a young daughter right now and she keeps me busy. I get to have breakfast with her every morning and take her to school so that’s pretty special. You spend a lot of time on the road when you are playing and away a lot so I’m just enjoying that right now.”

Blackhawks fall against Rangers and NHL talk around the league

elago's New Accessories Are Perfect Gifts For Any Apple…