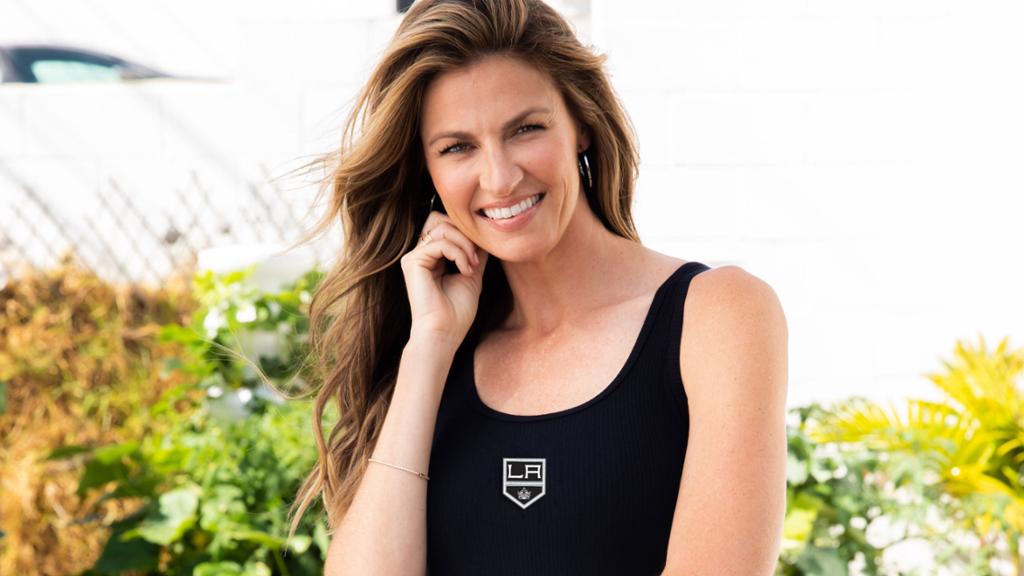 Erin Andrews is a guest on the sixth episode of the second season of “The Chirp with Daren Millard” podcast, available now on NHL.com and multiple iOS and Android podcast apps.

The FOX sports lead NFL sideline reporter, who got her professional start as the Tampa Bay Lightning reporter for the Sunshine Network in 2001 and began working as an NHL reporter for ESPN National Hockey Night in 2004, joins Millard to talk about her clothing line, WEAR by Erin Andrews, and partnering with the NHL to bring a hockey-themed women’s clothing line to fans.

Andrews, who is married to former NHL forward Jarret Stoll, a two-time Stanley Cup champion with the Los Angeles Kings, said she’s excited to bring her style to hockey.

“This was created because I obviously love sports and have been around sports forever,” Andrews said, “and when I worked college for like, eight to 10 years, I went to school … in an area that lived and breathed college football, right, Florida Gators, and college basketball, and we’d go to these towns every single weekend where it was college game day and was just a big party. But I got to see how women were dressing and how they would cheer their team on.

“And then, obviously meeting my husband and wanting to cheer for the L.A. Kings and go to the games and wear something that said “Kings” on it but then wanting to go grab drinks before or go to dinner after, you didn’t want to be all decked out and look like a crazy fan. But I also wanted to show, hey, like I’m a Kings fan, I’m a Gators fan, I’m a [Tampa Bay] Lightning fan, what’s the best way to do that?

“And also, I would have to go to the pro shop and buy gifts for family members for Christmas, and like, ‘Why is there a huge wall with all this men’s stuff and there’s nothing for women? We need more options here.'”

Andrews said after several years of “begging people to listen,” partnership deals were struck in 2019 with Fanatics and the NFL, followed by the NBA and college basketball, but something was missing.

“I said, we have to get hockey,” she said. “It’s my first love, it’s very big in my house … so we’ve got to get the NHL behind us, we’ve got to get all these NHL female fans and get them ready for the games.

Andrews explains how she got her sportcasting start with the Lightning and why her NHL fandom has grown through the years.

She compares her golden retriever to Kings goalie Jonathan Quick and talks about the charm of Pittsburgh Penguins captain Sidney Crosby, forward Jeff Carter‘s move to Pittsburgh and why she will forever be a Tampa Bay fan.

Daren chimes in with some of his own NHL fashion ideas, apologizes to the entirety of the Pacific Division, tips his cap to the New York Islanders and speculates about the future of Dallas Stars goalie Ben Bishop.

“The Chirp with Daren Millard” features interviews with players, executives, alumni and other personalities around the game. You can share your thoughts on Twitter using the hashtag #ChirpMallard.

Sadio Mané and Jordan Henderson in Training Ahead of Arsenal Match