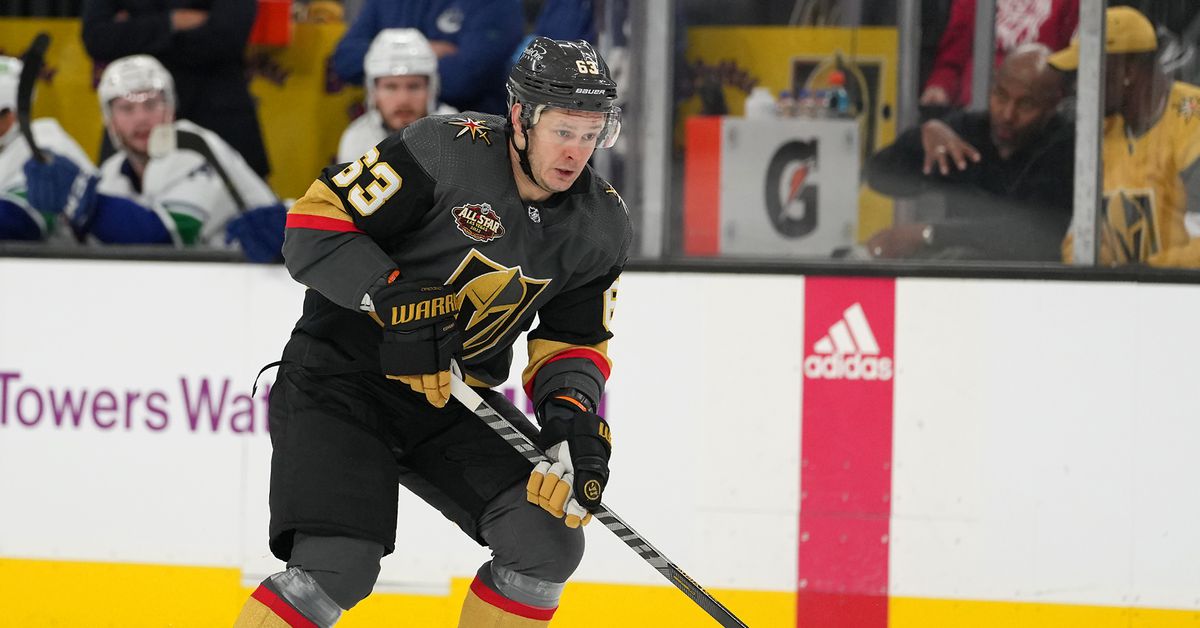 2021-11-14 07:57:17 GMT+00:00 – Evgenii Dadonov had two goals and an assist as the Vegas Golden Knights scored four times in the third period to pull away for a 7-4 victory over the Vancouver Canucks on Saturday night in Las Vegas.

Jonathan Marchessault scored twice, Jake Leschyshyn and Reilly Smith each had a goal and an assist, and Brayden McNabb also scored a goal for Vegas, which won its third straight game.

Nils Hoglander had two goals and an assist for his first career three-point game, and J.T. Miller and Tanner Pearson also scored goals for Vancouver. Thatcher Demko finished with 32 saves.

Kyle Connor scored his 11th goal of the season, Dylan DeMelo tied the score with a late short-handed goal, and Connor Hellebuyck made 27 saves for the Jets, who are 4-1-1 on a seven-game homestand that concludes Tuesday against the Edmonton Oilers.

Carl Grundstrom and Brendan Lemieux scored, and Cal Petersen made 20 saves for the Kings, who had not lost since a 3-2 defeat to the visiting Jets on Oct. 28.

Brendan Smith’s first goal of the season broke a tie with 2:57 remaining as Carolina defeated St. Louis in Raleigh, N.C.

Hurricanes goalie Alex Lyon, appearing in his first game of the season, picked up the victory. He was tested by 10 third-period shots from the Blues. Brady Skjei and Sebastian Aho scored earlier for the Hurricanes, who had lost two of their previous three games — their only setbacks of the season. Andrei Svechnikov and Tony DeAngelo each recorded two assists for Carolina.

Pavel Buchnevich and Vladimir Tarasenko scored goals for the Blues. Blues goalie Joel Hofer was in his second NHL game after making his winning debut Nov. 4 at San Jose. He made 21 saves.

Nico Sturm also scored, Ryan Hartman had three assists and Cam Talbot made 28 saves for the Wild, who improved to 5-1-0 this month.

Marcus Johansson and Alex Wennberg each had a goal and an assist for the Kraken, losers of six of their past seven games. Philipp Grubauer stopped 18 of 21 shots.

Brad Marchand scored twice in a span of 2:42 in the second period as Boston snapped a three-game road losing streak with a win over New Jersey in Newark, N.J.

Morgan Rielly scored at 19:48 of the third period to lift visiting Toronto past Buffalo.

John Tavares had a goal and an assist for the Maple Leafs, who have won eight of their past nine. David Kampf, Ondrej Kase and Michael Bunting also scored for Toronto.

Evan Rodrigues scored twice, and Kasperi Kapanen had a goal and an assist for the Penguins. Casey DeSmith made 18 saves for Pittsburgh.

Dylan Larkin scored two goals, including the winner in overtime, to lead host Detroit past Montreal.

Pius Suter also scored for Detroit, and Alex Nedeljkovic made 35 saves to win his third consecutive start. It was the final regular-season meeting between the two teams, with Montreal claiming the series 2-1.

For Montreal, Chris Wideman had a goal and an assist and Ryan Poehling also scored. Montembeault, summoned late in the first period after a collision in the goal mouth between starter Jake Allen and Larkin, finished with 22 saves.

Artemi Panarin and Chris Kreider scored two goals apiece, including once each during a three-goal, 63-second flurry in the second period, as New York topped host Columbus.

Jacob Trouba capped off the second-period outburst for the Rangers, who have won two straight. Goalie Igor Shesterkin made 31 saves before being pulled after a collision with Alexandre Texier following the Blue Jackets’ final goal with 6:45 left. Alexandar Georgiev made two saves in relief.

Jakub Voracek, Eric Robinson and Texier all scored for the Blue Jackets, who lost both ends of a back-to-back against the Rangers and Washington Capitals. Goalie Elvis Merzlikins recorded 36 saves.

Brayden Point scored on a breakaway 2:13 into overtime as Tampa Bay extended its point streak to seven games in a win over visiting Florida.

Lightning goalie Andrei Vasilevskiy and Panthers counterpart Sergei Bobrovsky both made outstanding saves in the first minute of overtime, but Point took a long stretch pass from Ondrej Palat and backhanded in the winner past Bobrovsky.

Pat Maroon and Victor Hedman produced their second goals of the season for Tampa Bay, which is 5-0-2 in the streak. Vasilevskiy yielded two goals on 28 shots to go to 6-2-3.

Roman Josi had two goals and two assists and Matt Duchene scored his seventh goal in his past seven games to lead host Nashville past Arizona.

Mikael Granlund also scored for Nashville, which has won three straight and is 8-1-1 in its past 10 games. Juuse Saros made 22 saves and carried a shutout into the second half of the third period. He has allowed two goals or less in 10 of his 12 starts.

Jakob Chychrun scored his first goal of the season and Karel Vejmelka made 20 saves for Arizona, which lost its third straight.

Roope Hintz and Luke Glendening each had one goal and one assist as host Dallas topped Philadelphia to end a two-game losing streak.

Joe Pavelski, Tyler Seguin and Radek Faksa each scored one goal for the Stars, and goaltender Anton Khudobin made 31 saves.