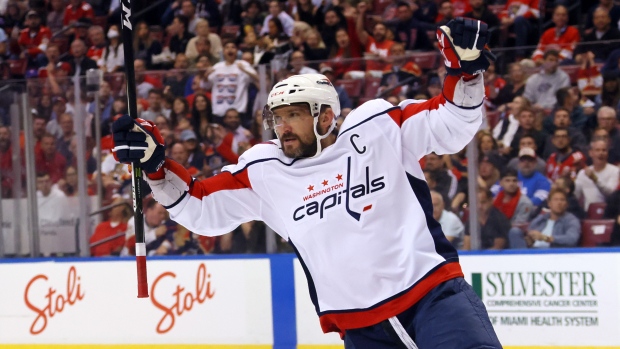 Ovechkin found the net in the first period against the Columbus Blue Jackets and now sits 24 goals behind Jaromir Jagr for third on the all-time list.

The 36-year-old, who has spent his entire career as a member of the Washington Capitals, accomplished the feat in 1,211 games.