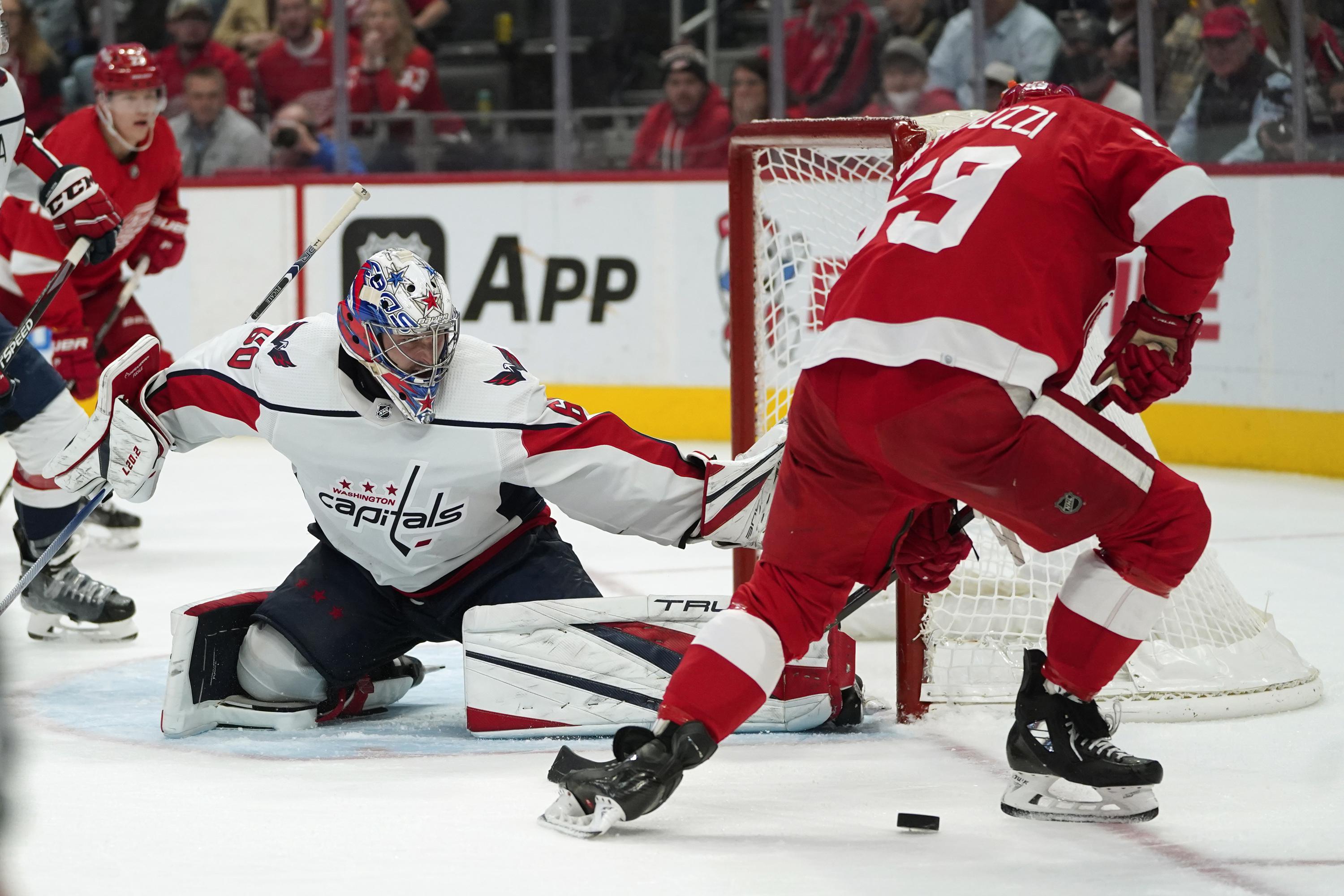 The 26-year-old Fucale was picked by Montreal in the second round of the 2013 draft. He was 3-0-2 this season for Hershey before the Capitals called him up this week from the American Hockey League.

Fucale was the first goaltender to shut out the Red Wings in his NHL debut in Detroit’s 95 seasons.

Alex Ovechkin had an assist on the first goal for the Capitals, who opened a stretch of seven games in 11 days.

Orlov’s second goal of the season came off a pass from Evgeny Kuznetsov at 12:43.

Eller scored his first goal after a takeaway from Nick Jensen.

Thomas Greiss made 27 saves for the Red Wings, who killed four penalties but could not convert on their four power-play chances.

Capitals: Fucale was the fifth Capitals player to make his NHL debut this season. … Washington was without T.J. Oshie (left foot) for the sixth straight game, Anthony Mantha (shoulder) for the third straight game and Nic Dowd for the first game since Monday’s lower-body injury against Buffalo. Nicklas Backstrom (hip) has not played this season.

Red Wings: Detroit was going for its first four-game win streak since March 2019.

Capitals: Play at Columbus on Friday.