Murray resigns as Ducks GM after investigation into professional conduct 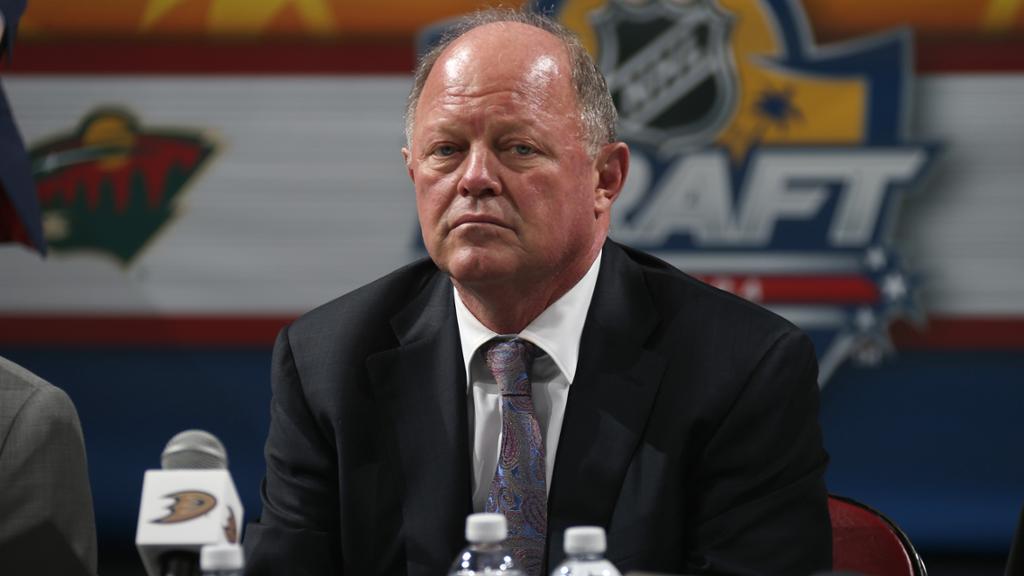 Bob Murray resigned as executive vice president and general manager of the Anaheim Ducks on Wednesday following an investigation into his professional conduct.

Murray will enroll in a program for alcohol abuse.

“First and foremost, we apologize on behalf of the organization to anyone affected by misconduct from Bob,” Ducks owners Henry and Susan Samueli said in a statement. “We expect every member of our organization to be treated with respect and will not stand for abuse of any kind.

“Bob tendered his resignation this morning, while also informing us of his decision to enter an alcohol abuse program. While we do not condone his conduct, we fully support his efforts to improve his physical and mental health by asking for help.

“We will now begin a methodical, extensive search for a permanent general manager to lead us forward. We expect to complete this process no later than next summer.”

Murray issued the following statement through the Ducks:

“I want to apologize to anyone adversely affected by my behavior. I vow to make changes to my life, starting with enrolling in a treatment program. I want to thank Henry and Susan Samueli, and Michael Schulman (chairman of the board, ocV!BE Sports & Entertainment), as working for them has been one of the highlights of my career. As I step away from the Ducks, I will focus my attention on where it should be: improving my life for the betterment of my family and friends.”

The NHL issued the following statement:

“We support the decision by Bob Murray to resign his position as General Manager of the Anaheim Ducks. While we understand that he is seeking appropriate counseling and treatment for his personal issues, there is no excuse and there is no place in our League for the type of behavior that was recently reported through the NHL Hotline. We thank the Ducks’ organization for its prompt and appropriate response to Hotline reports. The League and its Clubs are committed to a safe and welcoming workplace across the NHL and will continue to take any and all action necessary to achieve that goal.”

Murray joined the Ducks as senior vice president of hockey operations in 2005 and was named general manager Nov. 12, 2008. The 66-year-old was GM of the Chicago Blackhawks for three seasons from 1997-1999 after working for two seasons as Chicago’s assistant GM under Bob Pulford.

The Ducks announced Tuesday that Murray had been placed on administrative leave pending the results of an ongoing investigation into his professional conduct.

“We recently became aware of accusations of improper professional conduct against Bob Murray,” the Ducks said in a statement. “After internal review, we enlisted Shephard Mullin to perform an independent investigation. Upon recommendation from their initial findings, we have decided to place Bob on administrative leave pending final results.”

Murray was voted NHL general manager of the year in 2014 after Anaheim went 54-20-8 and finished first in the Pacific Division before losing to the Los Angeles Kings in seven games in the Western Conference Second Round in the Stanley Cup Playoffs.