Tottenham chiefs have reportedly been told by new gaffer Antonio Conte not to sign Eden Hazard with the Italian claiming that the Belgian was problematic for him while he was at Chelsea.

Eden Hazard has been having a torrid time at Real Madrid since he joined them three seasons ago no thanks to injuries which has affected his games at the Santiago Bernabeu.

And the Belgium international has been linked with a move back to the Premier League with Real Madrid chiefs said to be ready to sell him when transfer window opens.

Mikel makes 1st appearance after termination of his contract, sends heartfelt message to partner on her birthday

According to the report on Daily Star and OK Diario, Premier League side Tottenham are interested in the signature of Eden Hazard.

The report added that Antonio Conte does not want the Belgian in his team considering what transpired when he was handling Chelsea even though he won title with Eden Hazard.

Why did Antonio Conte reject Eden Hazard at Tottenham?

Conte has a very strict regime over how he coaches players – right down to what they are eating – and that never fared well with the Stamford Bridge poster boy.

Hazard has often treated training as a chore and never pushes himself too hard outside of match day – the complete antithesis to Conte’s methods. 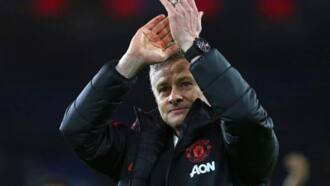 Earlier, Legit.ng had reported how Antonio Conte has got in touch with former Super Eagles captain, John Obi Mikel and Victor Moses.

The former Nigerian internationals had played under the Italian manager during his spell at Stamford Bridge.

In fact, Mikel had to end his 11-year spell with the West London club after Conte dimmed him surplus to requirements.

Now reports claim the 53-year-old is interested in working with the Nigerian legend whose contract just got terminated with Kuwait side Kuwait SC.

On the other hand, Moses enjoyed Premier League and FA Cup successes under the tutelage of the Italian tactician.

Conte drafted Moses into a left-back position in his famous 3-4-3 formation which proved effective in his two-year spell with Chelsea.