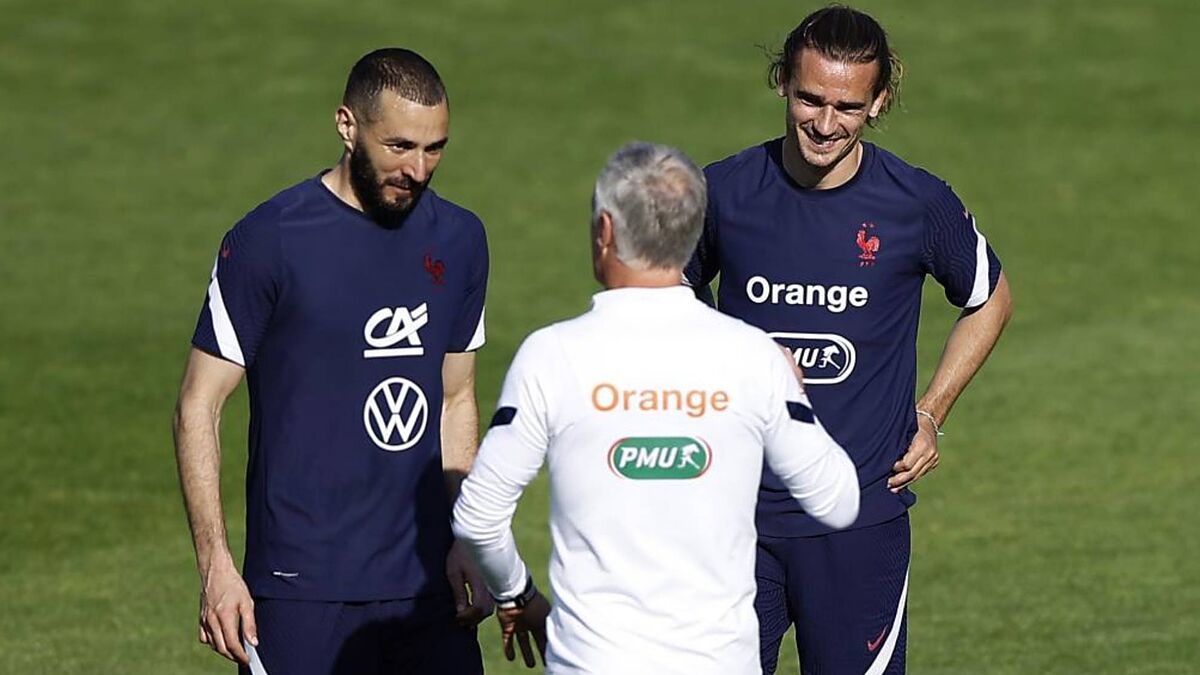 Karim Benzema is a key player for Real Madrid head coach Carlo Ancelotti but also France boss Didier Deschamps, who gave the striker four days off before he had to join up with Les Bleus‘ squad ahead of the upcoming World Cup qualifiers.

From the end of Real Madrid‘s match against Rayo Vallecano, which Benzema scored in, until Thursday, Deschamps decided to allow the 33-year-old to have some rest after he had been carrying some minor niggles in the last few games for Los Blancos.

Given that Benzema has hardly had any rest at Real Madrid, and he was carrying the aforementioned knock against Shakhtar Donetsk in the Champions League and three days later against Rayo, Deschamps decided to take care of his striker and allowed him to join up with the squad late.

Benzema will be available to play in France‘s match against Kazakhstan at the Parc des Princes on Saturday night, and that will be followed by a trip to face Finland on Tuesday night.

Seeing as Paul Pogba picked up an injury during Tuesday evening’s training session, it is perhaps a blessing for both Deschamps and Ancelotti that Benzema was not forced to meet up with the France squad on time.

Benzema has played the fourth most minutes at Real Madrid this season, with only Thibaut Courtois, Eder Militao and David Alaba surpassing him in this respect.

He only rested against Elche due to a knock, and in the 15 games he has played this season he has scored 14 goals and provided eight assists.