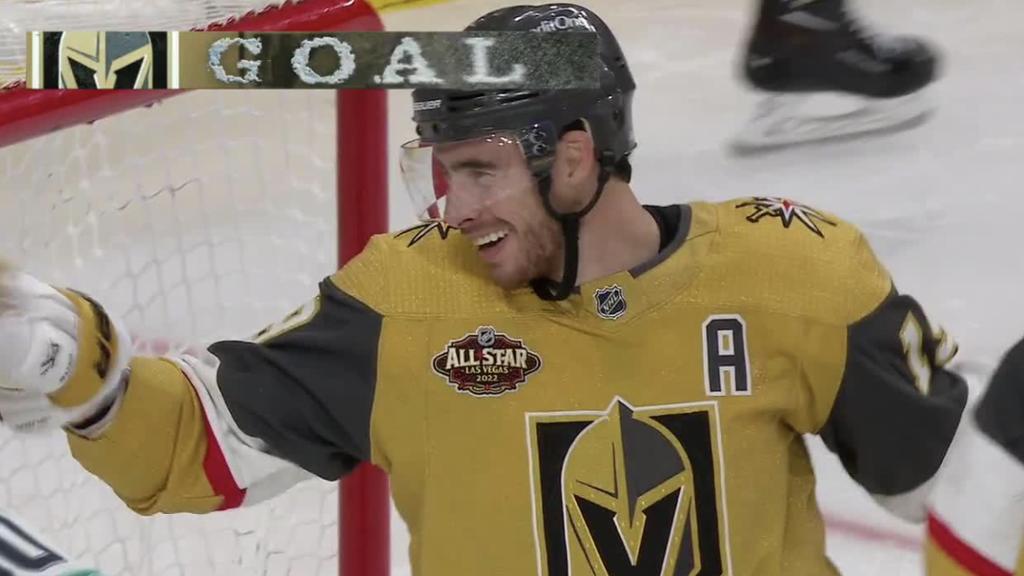 LAS VEGAS — Reilly Smith scored two goals in 46 seconds in the third period for the Vegas Golden Knights in a 4-2 win against the Seattle Kraken at T-Mobile Arena on Tuesday.

Smith was credited with the go-ahead goal 30 seconds into the third, a redirection of Shea Theodore‘s shot from the point to give Vegas a 3-2 lead, then made it 4-2 on the power play at 1:16.

Alex Pietrangelo had a goal and an assist for the Golden Knights (7-6-0), who have won six of eight. Theodore, Jonathan Marchessault and William Carrier each had two assists.

“We felt like we were building when we weren’t winning games,” Pietrangelo said. “I think that Toronto game (a 4-0 loss on Nov. 2) was almost a good thing for us to kind of take a step back and look at what we need to do to win.”

“We were 1-4 there, but most of us weren’t panicking,” Lehner said. “We have a lot of belief in our group and our depth and our system, and I think we’re slowly getting there.”

Jordan Eberle and Yanni Gourde scored for the Kraken (4-8-1), who have lost four of five and six straight on the road.

“Look at the standings and we’re losing ground,” Eberle said. “You obviously can’t win the Stanley Cup in the first couple of months in the season, but you can definitely fall out of it.”

Chris Driedger made 19 saves in his first start for Seattle. He was selected from the Florida Panthers in the 2021 NHL Expansion Draft.

Eberle scored on the power play at 4:49 of the first period to give the Kraken a 1-0 lead. It was his fifth goal in three games.

Pietrangelo tied it 1-1 at 19:34 when his wrist shot from the point bounced off Driedger’s glove.

Gourde gave the Kraken a 2-1 lead at 19:29 of the second period on a one-timer from the right circle.

“That goal by Dadonov was huge for us,” Smith said. “That’s a huge momentum swing, being able to tie the game going into the third period like that.”

NOTES: Gourde left the game at 3:24 of the third period with an undisclosed injury. Kraken coach Dave Hakstol did not have an update. … Seattle forward Marcus Johansson had an assist in 20:15 of ice time in his first game since the season opener against Vegas on Oct. 12, when he sustained a lower-body injury. … Kraken forward Brandon Tanev scored his 100th NHL point with an assist on Gourde’s goal. … Pietrangelo has scored seven points (three goals, four assists) in his past six games; he did not have a point in the previous seven to begin the season. … Marchessault has scored six points (four goals, two assists) during a four-game point streak. … Vegas forward Paul Cotter had one shot in 8:27 in his NHL debut.