American ice-skaters Tonya Harding and Nancy Kerrigan were competing for a spot at the 1994 Winter Olympics and were long-standing figure skating rivalries. But things turned nasty…

– Jan 6, 1994: The night before the US National Figure Skating Championships, Kerrigan is attacked by hired hitman Shane Stant, who used a 21-inch collapsible baton to strike Kerrigan’s right leg.

Smith, with his uncle Derrick Smith, was contracted by Jeff Gillooly, the ex-husband of Harding and Harding’s bodyguard, Shawn Eckhardt. Cameras caught the aftermath and Kerrigan’s face as she screamed: ‘Why? Why? Why? Why me?’

– Jan 8, 1994: Harding wins gold at the 1994 Championships, guaranteeing her a spot at the Winter Olympics in Lillehammer, Norway a month later.

Yet in support of Kerrigan, her fellow skaters offered her a spot to compete in the Olympics as well…

– Jan 12, 1994: Harding’s bodyguard, Eckhardt, confesses to the attack after an FBI investigation, and incriminates Stant, Gillooly and Smith, who was the driver of the getaway car.

– Jan 14, 1994: The United States Figure Skating Association (USFSA) deliberates on whether Harding should compete in Lillehammer and decides she is allowed to since no evidence has emerged to contradict her claims.

– Jan 27, 1994: Gilolly, the mastermind behind the attack, confesses and implicates Harding, Eckhardt, Stant and Smith.

Harding denies involvement, issuing the following statement: ‘Despite my mistakes and rough edges, I have done nothing to violate the standards of excellence in sportsmanship that are expected in an Olympic athlete.’

The U.S. Olympic Committee eventually decides that she can participate.

– Feb 25, 1994: Harding finishes eighth in the Olympics, while Kerrigan wins the silver medal.

– March 16, 1994: Harding pleads guilty to the charge of ‘conspiracy to hinder prosecution.’ She receives three years probation and a $160,000 fine. Later, her 1994 national championships title is revoked and she receives a lifetime ban from the USFSA

Everyone involved in Kerrigan’s attack serves jail time, aside from Harding. 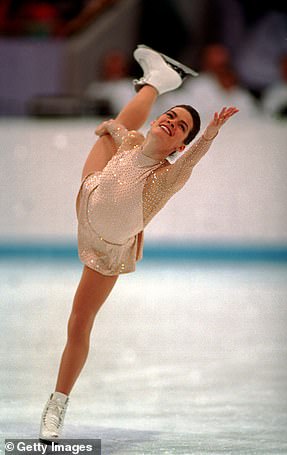 Call of Duty: Mobile guest accounts will be deleted after Season 10 update