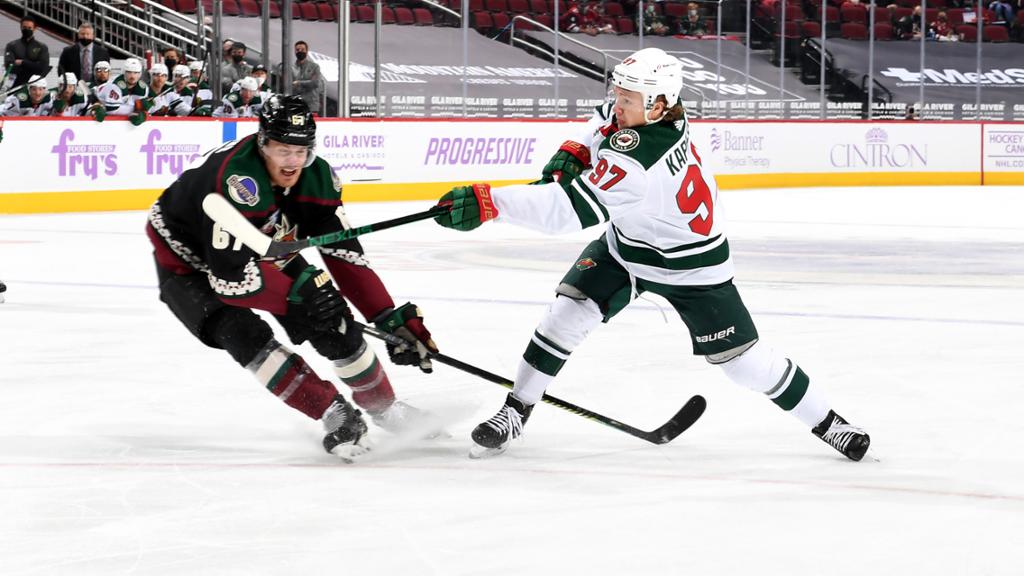 NHL Network and ESPN analyst Kevin Weekes will offer his pluses and minuses for big games each week throughout the season.

The Minnesota Wild seek their fourth straight win when they begin a three-game road trip at the Arizona Coyotes at Gila River Arena on Wednesday (10 p.m. ET; TNT, NHL LIVE).

Minnesota (8-3-0) has scored five goals in each of its past three games. Arizona (1-10-1) is coming of its first win of the season, 5-4 against the Seattle Kraken on Saturday.

Here’s my breakdown of the game.

Pluses: The Wild showed last season was no fluke, as they’ve gotten off to a great start and are getting production up and down the lineup. They have 11 players with at least two goals and their leading scorers, defenseman Matt Dumba (two goals, seven assists) and forward Kirill Kaprizov (two goals seven assists) each has nine points. They also have two capable goalies in Cam Talbot and Kaapo Kahkonen and are confident no matter which is in net.

Minuses: They’ve been chasing games a lot, which has led to them having to rally a lot. They’re tied with the Carolina Hurricanes for the NHL lead with five wins when trailing, but you’d much rather play with the lead rather than trying to come from behind so often.

Special teams also could use work. The power play ranks 24th (17.7 percent) heading into play Tuesday after it was tied for 23rd last season (17.6 percent). The penalty kill is 23rd (75.6 percent) after being tied for 11th last season (80.8 percent). And I’d like to see them clean up things defensively. They have allowed 3.27 goals per game after allowing 2.84 last season.

Pluses: Let’s see if they can ride momentum from their first win and carry it into this game. I’ve liked what I’ve seen from some young players, including rookie goalie Karel Vejmelka (2.84 goals-against average, .913 save percentage, 10 games). Forward Lawson Crouse leads them with four goals, and defenseman Shayne Gostisbehere has had a nice season with nine points (one goal, eight assists) in 12 games.

The Coyotes have scored the fewest goals this season (19) and are tied with the Chicago Blackhawks for the most goals allowed (48). They’ve only scored five goals in the first period this season and allowed the game’s first goal in eight of their 12 games, which is why they only have one win. It’s hard to gain confidence when you’re trailing so often.

1. Which team will start on time?

2. Will Wild special teams be improved?

3. Can the Coyotes build on their first win of the season?