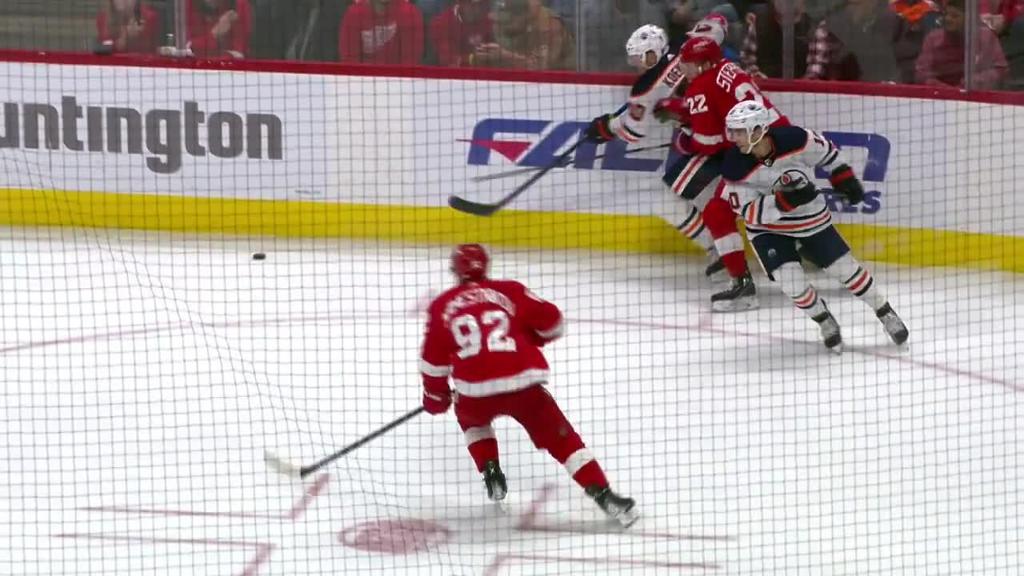 DETROIT — Vladislav Namestnikov scored twice, and the Detroit Red Wings held on for a 4-2 win against the Edmonton Oilers at Little Caesars Arena on Tuesday.

“This was definitely one of our best games this season,” Namestnikov said. “If we keep playing like that, we’re going to win a lot of games.”

Alex Nedeljkovic made 31 saves for Detroit (7-5-2), which has won three straight.

“We’ve played some good games this season, but I thought we were very good for two periods against a team with a great record,” Red Wings coach Jeff Blashill said. “The third period wasn’t as good, but it is important for us to learn to win games like this.”

Connor McDavid and Jesse Puljujarvi scored for Edmonton (9-2-0), which had won four straight. Stuart Skinner made 35 saves in his first start of the season.

“We didn’t well play enough to win,” Oilers coach Dave Tippett said. “We didn’t have enough urgency. They came out and played desperate hockey, and we didn’t match them.”

Namestnikov gave the Red Wings a 1-0 lead at 14:03 of the first period, taking a pass from Sam Gagner and skating around Oilers defenseman Tyson Barrie before shooting inside the left post.

Namestnikov then scored his seventh of the season to make it 2-0 at 6:43 of the second period, knocking in a rebound from the edge of the crease.

Last season, Namestnikov only scored eight goals in 53 games, including five into an empty net.

“Last year was just strange all around,” he said. “We were dealing with the pandemic, and it seemed like I hit a ton of posts all season. This year, I had a great summer and the puck is going in.”

Dylan Larkin pushed the lead to 3-0 at 14:09. Skinner whiffed on an attempted clearing pass off the end boards, and as he went to regain control of the puck, Larkin lifted his stick and tapped the puck into the open net.

“I just fanned on it,” Skinner said. “It was bad timing — if I hadn’t done that, we might still be playing — but I’ve made worse plays in my career.”

Puljujarvi pulled Edmonton to within 3-1 at 19:25 on a breakaway, and McDavid scored 38 seconds into the third period to cut it to 3-2.

Zach Hyman had a chance to tie it at 8:22, but Nedeljkovic stopped his shorthanded breakaway attempt with a diving poke check.

“I liked our third period, but we dug ourselves a hole again,” McDavid said. “We gave ourselves a chance to tie the game, but you can’t keep digging yourself into that kind of hole.”

Moritz Seider scored an empty-net goal with six seconds remaining for the 4-2 final.

NOTES: Edmonton forward Zack Kassian left in the first period with a lower-body injury. Tippett did not have an update after the game. … Gagner played in his 900th NHL game. He and his father, Dave (946), are one of six father-son duos in NHL history to each hit the milestone.

Binnington makes 39 saves for Blues in shootout win against Jets