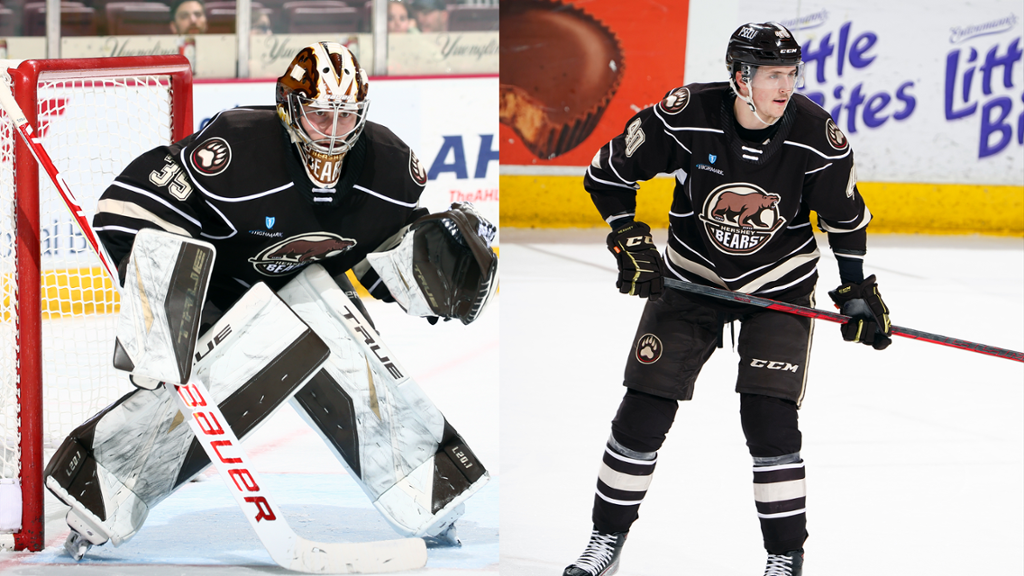 Protas, 20, made his NHL debut on Nov. 1 against the Tampa Bay Lightning. In eight games with the Bears this season, Protas has recorded five points (1g, 4a).

The 6’6″, 225-pound center recorded 18 points (10g, 8a) in 58 regular season games with Dinamo Minsk during the 2020-21 season. The Vitebsk, Belarus, native tied for fifth on the team in goals and tied for eighth in points, despite ranking 15th in time on ice per game (12:52) among Dinamo Minsk skaters with at least 30 games played. Protas was re-assigned to Hershey on March 18 and made his AHL debut on March 31. He recorded seven points (2g, 5a) in 16 games with Hershey. Additionally, Protas represented Belarus at the 2021 IIHF World Championship, recording two assists in six games.

During the 2020-21 season, the Laval, Quebec, native led the AHL in goals-against average (1.80) and ranked second in save percentage (.932), establishing career highs in both categories. Fucale played 11 games with Hershey, the most games he has played at the AHL level since the 2017-18 season, posting a 9-2-0-1 record. Fucale’s nine wins were tied for eighth in the AHL, while his two losses were the fewest among goaltenders with at least 660 minutes played. Fucale and Pheonix Copley received the AHL’s Harry “Hap” Holmes Memorial Award, presented to the goaltenders on the team which allows the fewest goals per game in the regular season.