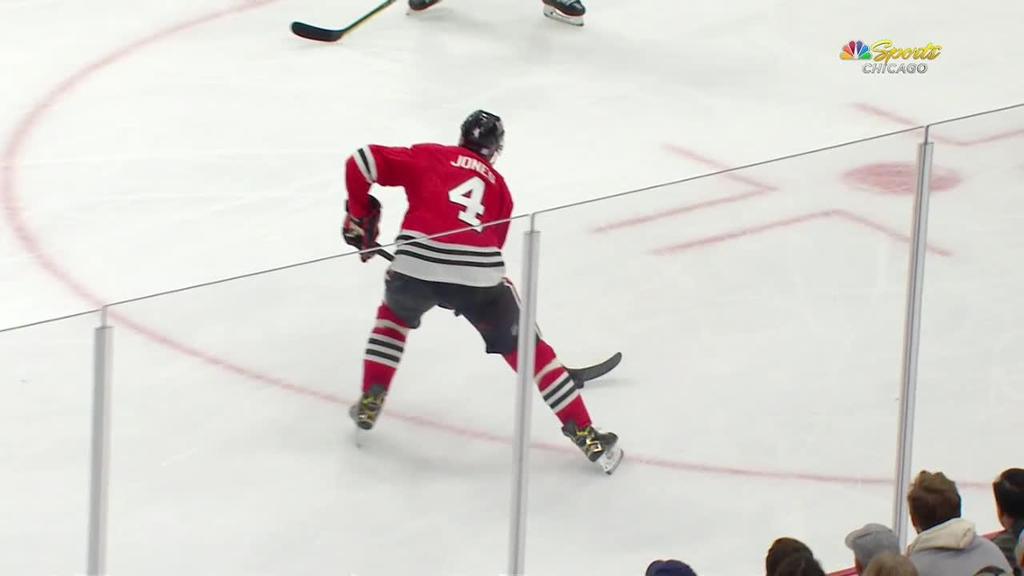 CHICAGO — The Chicago Blackhawks won their second straight game with Derek King as coach with a 3-2 shootout victory against the Pittsburgh Penguins at United Center on Tuesday.

Marc-Andre Fleury made 42 saves, and Jujhar Khaira and Seth Jones each scored his first goal with the Blackhawks (3-9-2), who won 2-1 in overtime against the Nashville Predators here on Sunday.

“Winning makes everything better,” Jones said. “But it comes at a price, and that’s hard work. I think we’ve started doing the little things, as you can see, in our game in the defensive zone, blocking more shots, stopping a defensive zone, winning more puck battles to create battles in the neutral zone. And once we’re in the offensive zone, it’s easy.

“You can be creative, but you have to put the work in the other two zones first, and I think that’s what’s making us successful these last couple of games.”

Jeff Carter forced overtime with two goals in the third period for the Penguins (4-3-4), who have lost five of six but are 1-0-2 in their past three games. Tristan Jarry made 30 saves.

“That was a great response by our team,” Reirden said. “I don’t think we were overly pleased with how the first two periods went. I thought our urgency and desperation went to a different level. That was one of our stronger periods of the year. I was really happy with our third period.”

Khaira gave Chicago a 1-0 lead at 2:14 of the second period when he took a pass from Jonathan Toews in front of the net and shot it past Jarry. Khaira played his first six NHL seasons with the Edmonton Oilers.

Jones made it 2-0 at 15:53. He took a pass from Patrick Kane, moved to the right face-off circle and shot over Jarry’s right shoulder. Jones, a defenseman, signed with the Blackhawks as a free agent after six seasons with the Columbus Blue Jackets. He led all skaters with 31:24 of ice time.

“It means I’m old,” Carter said. “I’ve played a lot of hockey. It’s something that’s pretty special to me, I guess. I didn’t realize I was that close. A lot of great players in this game. Hopefully I can just keep building on that.”

“There’s a lot of stuff we can clean up, for sure,” King said. “We get a lead like that, and we’re cruising along and cruising along. It’s that sitting back. Hopefully we can weather the storm, get the win and get out of here. We need to learn how to play with a lead and not sit back.”

Kane nearly won it in overtime but hit the post on a 2-on-0 breakaway with Alex DeBrincat at 2:53.

“A couple of times I had my hands up; I don’t know if that’s on video,” King said. “But that’s the game. We had some golden opportunities and so did they. Marc-Andre played well. I was happy for him. That was a good boost for him and a good boost for the team.”

Toews and DeBrincat scored in a shootout for the Blackhawks. Fleury made saves against Guentzel and Kris Letang.

Video: DeBrincat wins it for Blackhawks in shootout

In N.H.L. Playoffs, a Canadian Divide Between Winners and Losers

In N.H.L. Playoffs, a Canadian Divide Between Winners and…