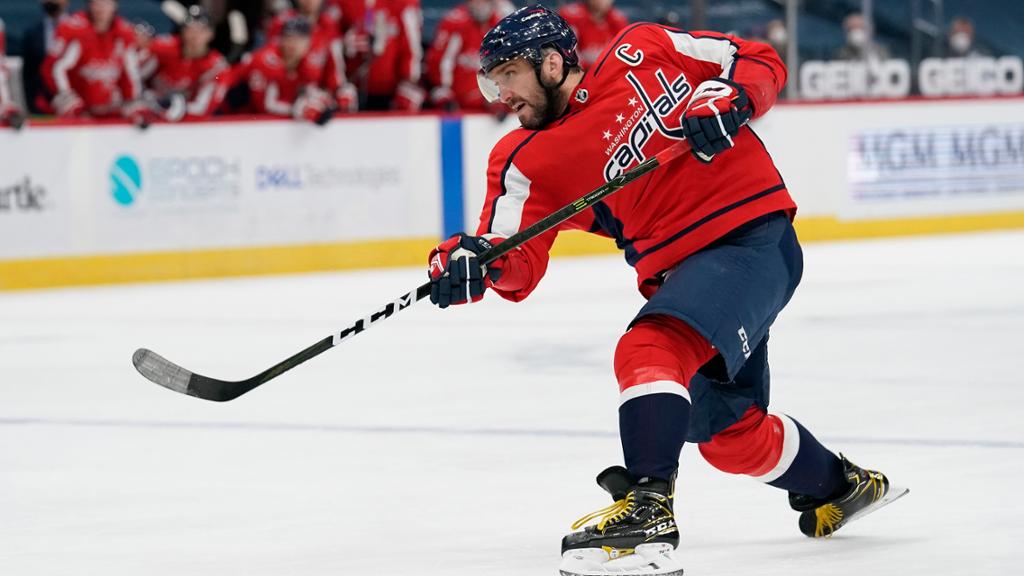 Dave Andreychuk knows it won’t be long before his cedes his NHL power-play goals record to Alex Ovechkin.

The Washington Capitals forward has scored 271 and is three away from tying Andreychuk at 274.

“I looked at the active players … and I think (Jaromir) Jagr was still playing at the time, and I just knew it was a matter of time before [someone broke my record],” Andreychuk said. “Then, [Ovechkin] was quite a ways away, to be honest with you. But I know the consistency in his game. We know that’s a big part of who he is, is that power play. If he continued to stay healthy, and wanted to play, he was eventually going to go by me.”

Not that Andreychuk, a retired forward who was inducted into the Hockey Hall of Fame in 2017, begrudges Ovechkin passing him.

Andreychuk, who was with the Tampa Bay Lightning, set the record on Nov. 15, 2002 in a 4-2 win against the San Jose Sharks when he scored his 250th power-play goal.

He had been tied with Esposito, who was watching the game in person as a radio broadcaster for the Lightning.

Ovechkin has scored two power-play goals in 12 games this season and scored nine in 45 games last season. He previously scored double-digits in the category in every season of his NHL career except for 2010-11 (seven goals). His high of 25 in a season came in 2014-15.

“I was thinking about [Ovechkin’s consistency],” Andreychuk said. “Probably four or five years ago, I think he had 30 goals and everybody was like, ‘Oh, my god, he’s on his way down.’ He sure proved everybody wrong.

“He’s a very talented guy. He’s got a lot of skill. But again, it’s the compete level, it’s the willingness to win. That’s what puts him above everybody else in my eyes. There’s a lot of talented players in the League and [there] have been a lot of talented players for a long time, but the good ones are the ones that that work extremely hard and compete at a high level. And that’s what he does night in and night out.”

Andreychuk said he believed it’s harder to score in the current NHL as compared with his time in the League, from 1982 to 2006, which makes Ovechkin’s accomplishments all the more impressive.

“Things have obviously changed over the years,” Andreychuk said. “Goaltending has changed. … It’s extremely hard to score goals in this League right now. And [on the] power play is no different.”

And even though Ovechkin has made a home — and a career — of shooting his one-timer from the left face-off circle, it remains a potent weapon for the forward. Andreychuk marvels at that, even as he cautions that it’s not the only place Ovechkin can score from, acknowledging the impressive skill that he has always brought to the game.

“He’s a special player,” said Andreychuk, who played against Ovechkin for four games in his final NHL season, which was Ovechkin’s first. “We all have watched him over the years. Playing against him, he’s no different now than he was then. When you put that kind of talent together — the speed, the strength, the desire, the competitiveness and talent — a lot of things are going to get done.

“Yeah, we all know it’s coming and nobody can stop it. For all of us now as hockey fans, he’s fun to watch.”