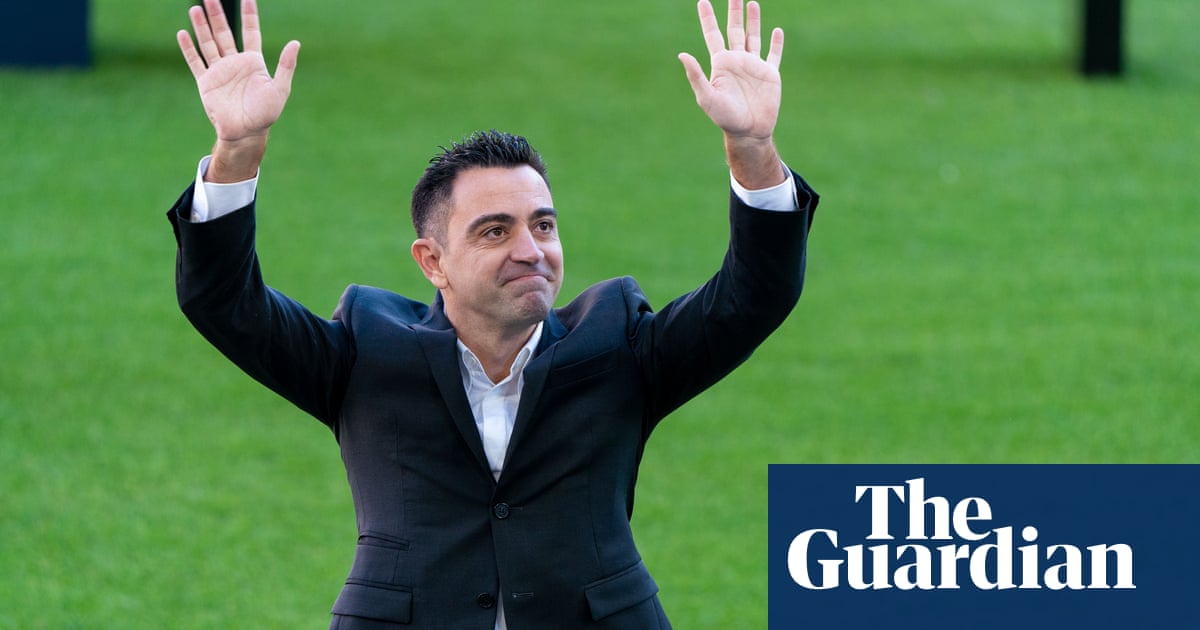 Xavi Hernández has said he wanted to be back with Barcelona so badly that he passed up the chance to coach Brazil. ‘We spoke with the Brazilian federation,’ he said at his official presentation. ‘The idea was to be an assistant to [coach] Tite and to take over the squad after the Qatar World Cup, but my desire was to come to Barcelona.’

Xavi was welcomed by thousands of fans at the Camp Nou, hoping he can turn the club’s fortunes around after a dismal start to its first season post-Lionel Messi.  Xavi thrived as a Barcelona player alongside Messi – as well as other big-name players – but the new manger wants the focus to be on Barcelona’s current squad.  ‘We have other players who must be good and make a difference on the pitch. We can’t think now in those players that are not with us anymore,’ he said.