The Reds have been extensively linked with a move for the Brazilian for some time and despite signing Ibrahima Konate in the summer could still make their move.

Bremer has been on the radar of a number of clubs and the former Atletico Mineiro ace continues to impress in Serie A.

According to a report from Torino Granata, as cited by LFCStuff on Twitter, Liverpool are leading the way.

The report claims that Anfield is the ‘probable destiny’ for the 24-year-old who was signed for £5.22million in 2018 (Transfermarkt).

This season the Brazilian has earned a 7.19 average Sofascore rating from 11 league appearances.

Holding a £13.5million market value and under contract in Italy until 2023, Bremer represents a wholly viable option on a budget.

Albeit Jurgen Klopp is relatively blessed in the defensive department at present, there remains doubt over the future of Nat Phillips in particular.

Capable of operating at right-back and strong aerially, Bremer would bolster the squad options on Merseyside but could also pave the way for a high profile departure in the long term. 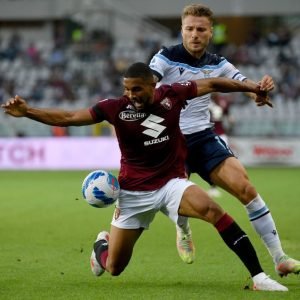