Mrazek out four weeks for Maple Leafs with groin injury 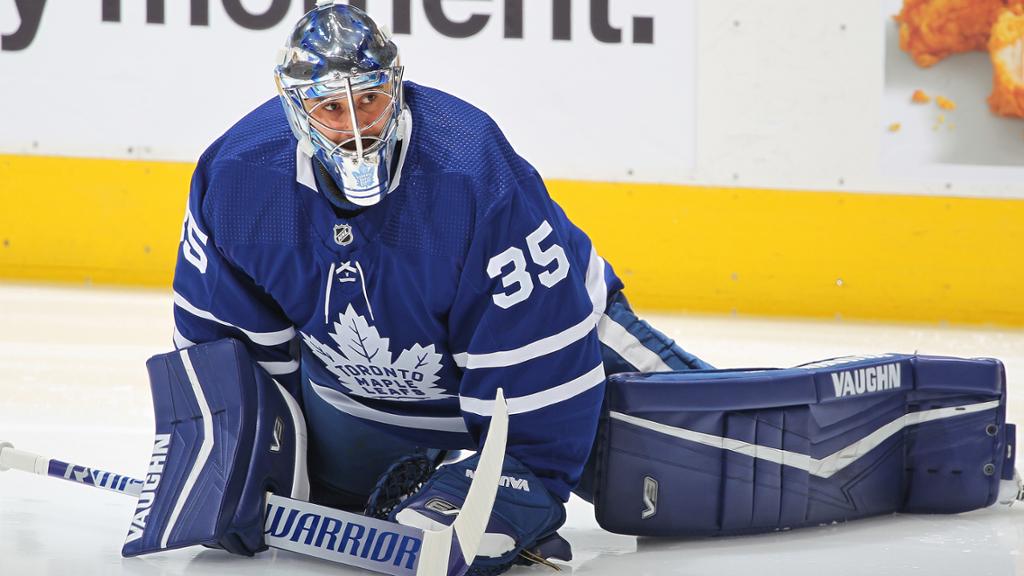 Petr Mrazek is expected to be out four weeks after the goalie was placed on injured reserve by the Toronto Maple Leafs on Sunday with a groin injury. The move is retroactive to Nov. 4.

Mrazek initially sustained the injury in his Maple Leafs debut Oct. 14 at the Ottawa Senators, a 3-2 loss. He missed six games before returning against the Detroit Red Wings on Oct. 30, when he made 27 saves in a 5-4 win.

“Obviously, the medical team is a lot smarter than I am when it comes to these things,” Toronto coach Sheldon Keefe said Sunday. “We trust them, and they worked really diligently to ensure that. In fact, Petr himself was saying for a number of days in advance of when he actually played that he was more than ready, right from the start of that road trip out there [at the Pittsburgh Penguins on Oct. 23 and at the Carolina Hurricanes on Oct. 25]. He was fully feeling good. We pushed him back to give him more time, but he was absolutely certain, as were the medical team, that everything checked out.”

Joseph Woll was recalled from Toronto of the American Hockey League on Saturday. He backed up Jack Campbell in a 5-2 win against the Boston Bruins on Saturday and in a 5-1 loss to the Los Angeles Kings on Monday.

Mrazek, in the first season of a three-year contract he signed July 28 after three seasons with Carolina, was Campbell’s backup for two games prior to Saturday despite Keefe saying Wednesday that Mrazek was not completely healthy.

“It’s just the nature of these injuries and playing that position,” Keefe said. “These things are always a risk. Obviously, we went through a lot of it with Jack last season, but he’s been great thus far in terms of managing that, and our medical team is as good as any in the League and they’re going to continue to monitor this as they get to know Petr better.”

The Maple Leafs will play back-to-back games twice in the next two weeks (Friday against Calgary Flames and Saturday at Buffalo Sabres; Nov. 20 against Pittsburgh and Nov. 21 at New York Islanders) and again Dec. 4-5 (at Minnesota Wild and at Winnipeg Jets).

“This schedule, save for the back-to-backs that are approaching, we’re in a good place that way,” Keefe said of Campbell’s workload. “I think he’s in a good groove here, obviously, playing well right now. And talking with him, he feels good in terms of what we’re asking of him in practices, that he’s staying sharp, but at the same time, not overdoing it, you know, reducing the amount of shots and work that he gets at practices. He’s feeling good about it. Obviously, we want to have Petr healthy, we like the idea of having the tandem and guys who can work together and share that workload a little bit better. But Jack is in a groove, he’s rolling.”