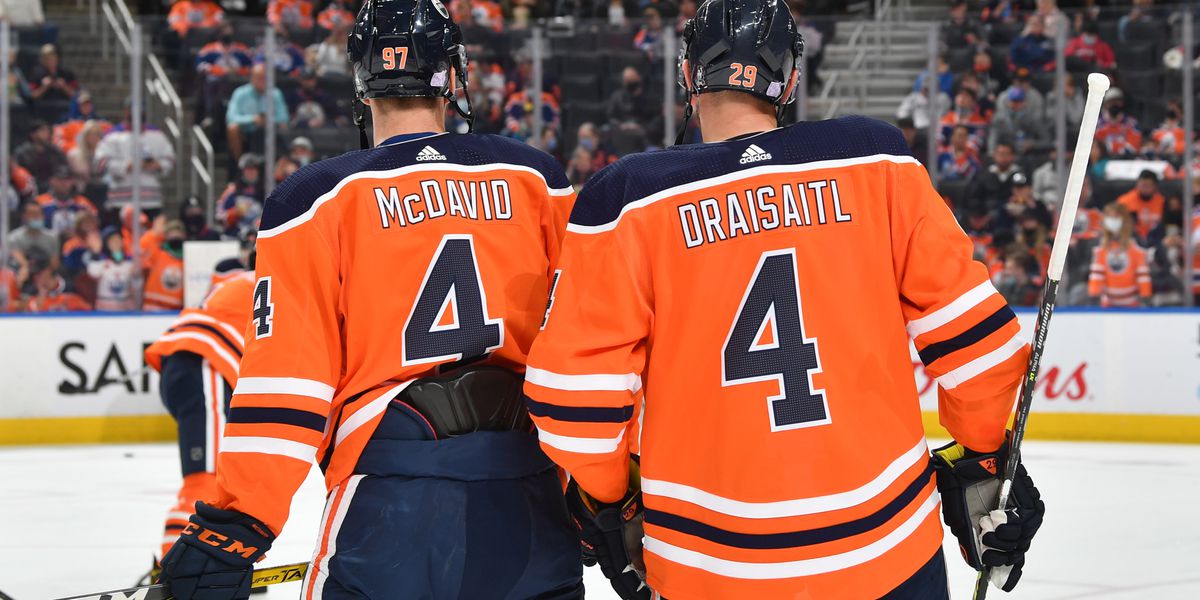 There are 10 games in the NHL on Tuesday with Boston and Calgary the two largest favorites on the docket on DraftKings Sportsbook. The Oilers, Canadiens and Canucks are also all receiving notable chalk, whereas the Kings and Panthers are playing the second leg of back-to-back road sets. Here’s a peek at the fantasy landscape ahead of Tuesday’s NHL action on DraftKings.

Both trios have a long track record of high-end production, skate together in all situations and land in favorable matchups. Expect all six skaters to be popular Tuesday, so it’d be remiss to not include them here.

Anaheim has surrendered the fifth most expected goals per 60 minutes this season, and Vancouver’s second line has been dominant at five-on-five with 16.9 high-danger scoring chances per 60 minutes and a 65.7 Corsi For percentage. However, Horvat, Pearson and Hoglander have combined for just two goals and an unsustainably low 5.7 shooting percentage while sharing the ice. Taking a low-salary flier of the trio could reward with statistical correction ahead.

There could be sneaky value with Chicago’s new-look top line. Pittsburgh has lost four of its past five games with 19 goals against and is still ravished with injuries. It could be argued Dach, DeBrincat and Kane are the three most talented offensive players for the Blackhawks, and the trio has clicked for a solid 4.72 goals per 60 minutes this season. It’s also worth noting Pittsburgh paces the league in penalty-kill percentage at a likely unsustainable 9.17 mark.

Superstar to Build Around

Aleksander Barkov, FLA at NJ ($7,200) – The Devils have been sound defensively and limited opponents to just 1.93 goals per 60 minutes at 5-on-5 to start the campaign. It could keep Barkov’s popularity in check, and he proved his health Monday with an assist and six shots. The 26-year-old center is setting the stage for career year offensively.

Nicolas Roy, VGK vs. SEA ($3,500) – Currently sporting a three-game point streak consisting of a tally, four helpers and eight shots, Roy is thriving playing top offensive minutes at 5-on-5 and with the man advantage. Look for another solid showing with Seattle allowing the seventh most goals per 60 minutes in the league.

Arthur Kaliyev, LA at MON ($3,100) – Another forward projected for first-line minutes and power-play looks with the top unit, Kaliyev has recorded a respectable five points — three goals — and 21 shots through the past nine games. The Canadiens have also surrendered the fifth most goals per game in the league and rank 29th with a 66.0 penalty-kill percentage, so the matchup is cushy.

Robin Lehner, VGK vs. SEA ($8,100) – It’s been an up-and-down start to the season for Lehner and the Golden Knights, but the veteran netminder has stopped 74 of 77 shots in consecutive wins to improve to a rock-solid .919 save percentage for the campaign. Seattle is off to an underwhelming 4-7-1 start with middling offensive statistics, so this shouldn’t prove to be a tough matchup for Lehner.

Frederik Andersen, CAR at TB ($7,500) – A quick look at Tampa Bay’s schedule highlights most of their big offensive performances have been against inferior opponents. Carolina doesn’t fit that bill. The Hurricanes rank second in goals against per 60 minutes and sixth in Corsi For percentage at 5-on-5. Andersen also boasts an elite 8-1 record, .939 save percentage and 1.83 GAA for the campaign.

Tyson Barrie, EDM at DET ($4,800) – There’s been some hit and miss with Barrie this season, but he’s still racked up two tallies, six helpers, 13 shots and six blocks through the past seven games. As noted, this also projects as a soft matchup with Detroit allowing a healthy 3.38 goals per game and ranking 27th in penalty-kill percentage.

Kale Clague, LA at MON ($3,300) – Slotting in as the power-play quarterback on the No. 1 unit and playing top-pairing minutes, Clague’s salary doesn’t align with his expanded role. He’s averaged 4:45 of ice time with the man advantage while collecting three assists, four shots and five blocks through five games. Look for another respectable showing in the favorable matchup against Montreal.

Charlie McAvoy, BOS vs. OTT ($5,900) – Ottawa has surrendered the third most goals per game and ranks 26th in penalty-kill percentage this season, so McAvoy checks out as a solid addition to a Boston stack — or as a standalone play. He’s been solid with five points, 16 shots and 17 blocks through nine games.

Justin Faulk, STL at WPG ($4,900) – The power-play quarterback has moved the fantasy needle the past eight games with 17 shots and nine blocks, but he’s failed to mark the scoresheet during the stretch despite being on the ice for 32 high-danger scoring chances. The Jets rank second last in penalty-kill percentage, so Faulk’s a candidate to snap his point drought Tuesday.

Put your knowledge to the test. Sign up for DraftKings and experience the game inside the game.

I am a promoter at DraftKings and am also an avid fan and user (my username is naparker77) and may sometimes play on my personal account in the games that I offer advice on. Although I have expressed my personal view on the games and strategies above, they do not necessarily reflect the view(s) of DraftKings and do not constitute a representation that any particular strategy will guarantee success. All customers should use their own skill and judgment in building lineups. I may also deploy different players and strategies than what I recommend above. I am not an employee of DraftKings and do not have access to any non-public information.

Bluelines: Why You Shouldn’t Worry About Another NHL Lockout