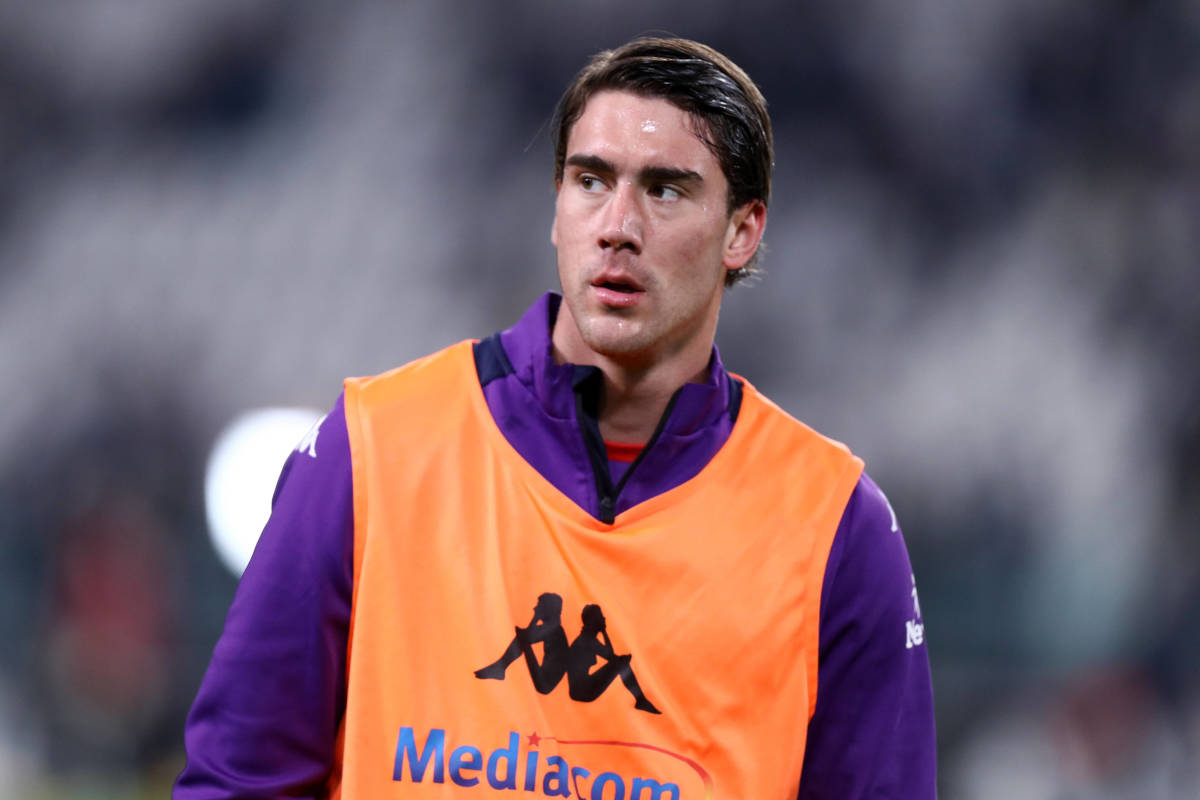 Manchester City have been linked with a move for the 21-year-old marksman for several months, as they try and acquire the services of a top centre-forward to replace Sergio Aguero, who signed for Barcelona in June.

After failing to secure the arrival of Tottenham talisman Harry Kane in the summer, Pep Guardiola’s side are seeking to defend their league crown and possibly go one step further in the Champions League without an out-and-out striker among their ranks.

Fiorentina boss Vincenzo Italiano recently spoke about the rising interest in highly-rated marksman Dusan Vlahovic from elite clubs across Europe, with less than years left on the attacker’s current deal at the Artemio Franchi Stadium.

According to Italian journalist Fabrizio Romano, Fiorentina have set their asking price to €70-80 million if they are to let their star forward depart the club in the January transfer window.

It has further been stated that Arsenal are not holding talks with the Serie A side over a potential swoop for the Serbia international, though the Gunners are among other sides monitoring Vlahovic’s contract situation.

It was reported recently that Fiorentina will want to extract as high a price as possible when the race for Vlahovic’s signature get underway, with €80 million suggested as the sort of figure that would persuade the Italian club to cash in on the striker.

Moreover, it has been mentioned previously that Manchester City and Juventus have opened talks with Vlahovic’s agent to try and plot a January move.

It was added that City’s financial muscle could aid them in their pursuit of the striker, who is demanding a salary in the vicinity of €6 million-a-year.

Fiorentina will not sanction a sale for a fee below €60 million, with the Italian club open to cashing in on the Serbia international. Atletico Madrid are also interested in signing Vlahovic after Fiorentina rejected a bid from the Spanish side for the Belgrad-born attacker in the summer.

While City have also been linked with a swoop for Borussia Dortmund talisman Erling Haaland, Vlahovic could prove to be a sensational acquisition should the Etihad hierarchy manage to win the race for his signature.

You can follow us for live updates here: @City_Xtra

Reece James has made a surprising revelation during his time on international duty with England as he told the press that Arsenal’s Emile Smith-Rowe was previously on trial with Chelsea.