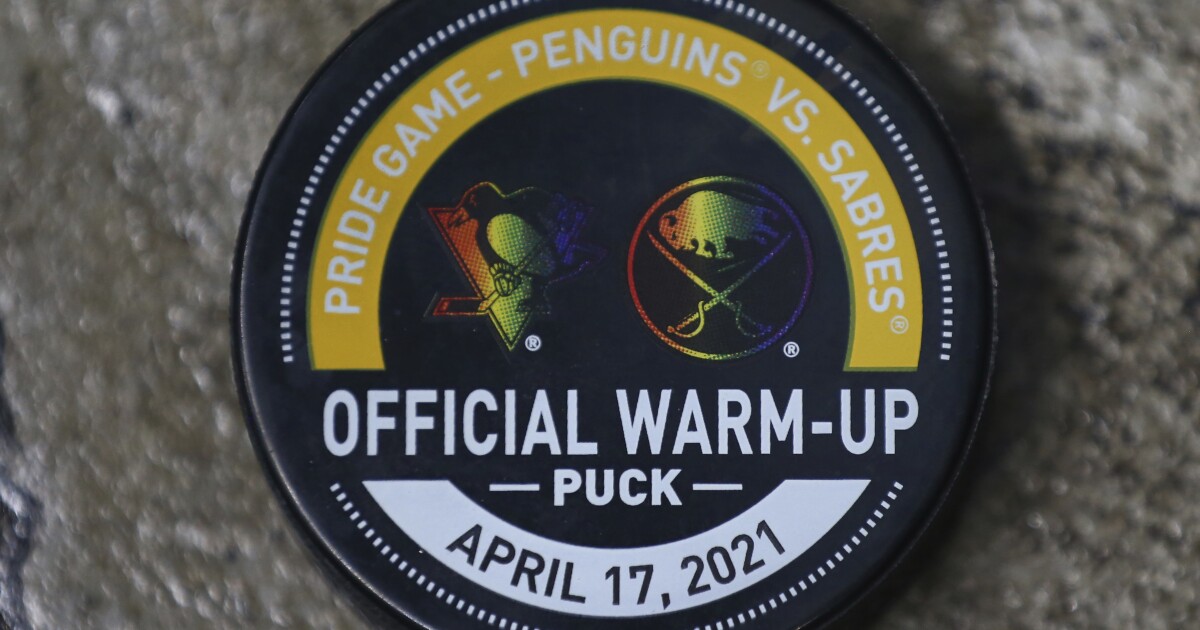 The two teams played in the league’s first-ever joint Pride Game at the KeyBank Center in Buffalo last season.

According to the teams the Pride Game “aims to bring together two cities to celebrate LGBTQ+ communities by sharing stories of inclusion, hope and allyship.”

We are very excited to again partner with the Penguins for the second joint Pride Game between our two teams. The inspiration behind this collaboration is to help support the LGBTQ+ community in both cities and to continue our efforts to make hockey a sport that welcomes all who wish to be a part of our game.

The items used in warmups, along with other items, will be available during an online auction that begins November 16 and ends November 23 at 12:00 p.m. You can view the auction here.

A portion of fundraising efforts will benefit GLYS Western New York, Pride Center of Western New York and Niagara Pride. The organizations have also been offered complimentary tickets, courtesy of Highmark Blue Cross Blue Shield. The Penguins will also host fundraising opportunities on the concourse during the game.

All fans attending the game will receive a commemorative Pride Game rally towel courtesy of Highmark.