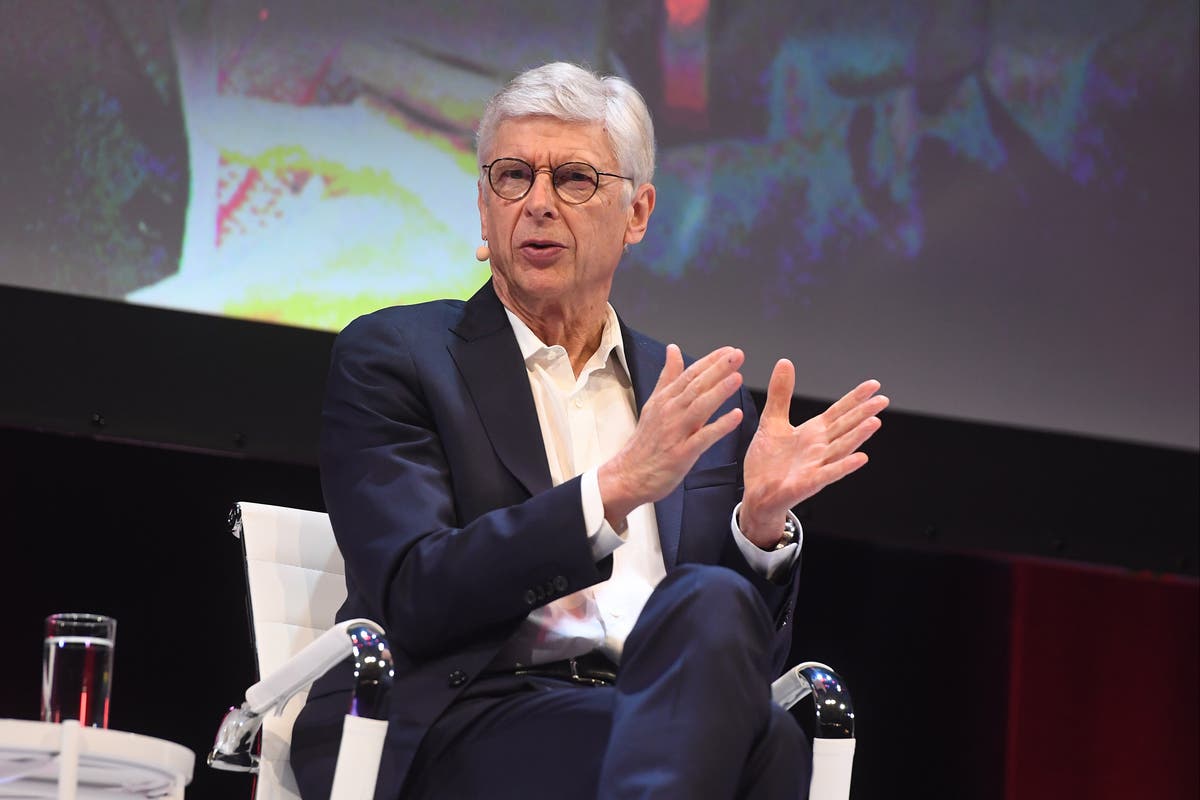 Dein and Wenger wanted to bring the pair to the club around 20 years ago when they were just starting out in their careers.

Messi was coming through the academy at Barcelona, who Arsenal signed Cesc Fabregas from, while Ronaldo was developing at Sporting Lisbon.

In the end, Messi stayed put at Barca and Ronaldo joined Manchester United after they swooped for him.

“Messi we were interested in, but it was not possible,” said Wenger, who was speaking at an event for the Twinning Project on Monday night at the London Palladium.

“They (Barcelona) had Fabregas, Messi and [Gerard] Pique in the same generation. We tried to get [them]. Messi was not possible, Barcelona extended it (his contract). Fabregas wanted to leave, Pique as well.

“He (Pique) landed at Manchester United and Cesc joined us. I refuse to go into that game, because if I go into my room and write on the wall all the players I miss out on, I don’t finish well my life.”

Speaking about a possible deal for Ronaldo, Dein added: “We are now turning the clock back when Cristiano was 17 and playing in the Portuguese Under-19 team.

“He was spotted by our chief scout. Arsene said: ‘Look, do you want to go over and see him play?’ I said: ‘Yeah sure, I’ll go across’.

“I went with our chief scout and I remember seeing the Portuguese Under-19 team play and Cristiano did really well.

“Then the agent, who was with us at the time, said: ‘Well, believe it or not he is going to meet us for dinner afterwards’.

“We had a dinner at a sort of a curb-side restaurant. He was a really nice guy and he actually gave me his shirt. It’s one of several shirts that I’ve got hanging in my cupboard at home. He gave me his shirt that he played in.

“We discussed a little bit of money and the agent said: ‘Well, let him think about it overnight’. Then Cristiano said: ‘I’ve got to go now, my bus is going’.

“He jumped on his bus and he went home. The following day I was discussing with the agent and about six hours later Manchester United blew us out of the water.

“That was the Cristiano Ronaldo story. I think we were being used a little bit as a stalking house, because I think he was always going to go to Manchester United at the time.”

Watch “An Audience with Arsène Wenger OBE & David Dein MBE” on LIVENow, Passes are available for £5, and all proceeds will be donated to the Twinning Project