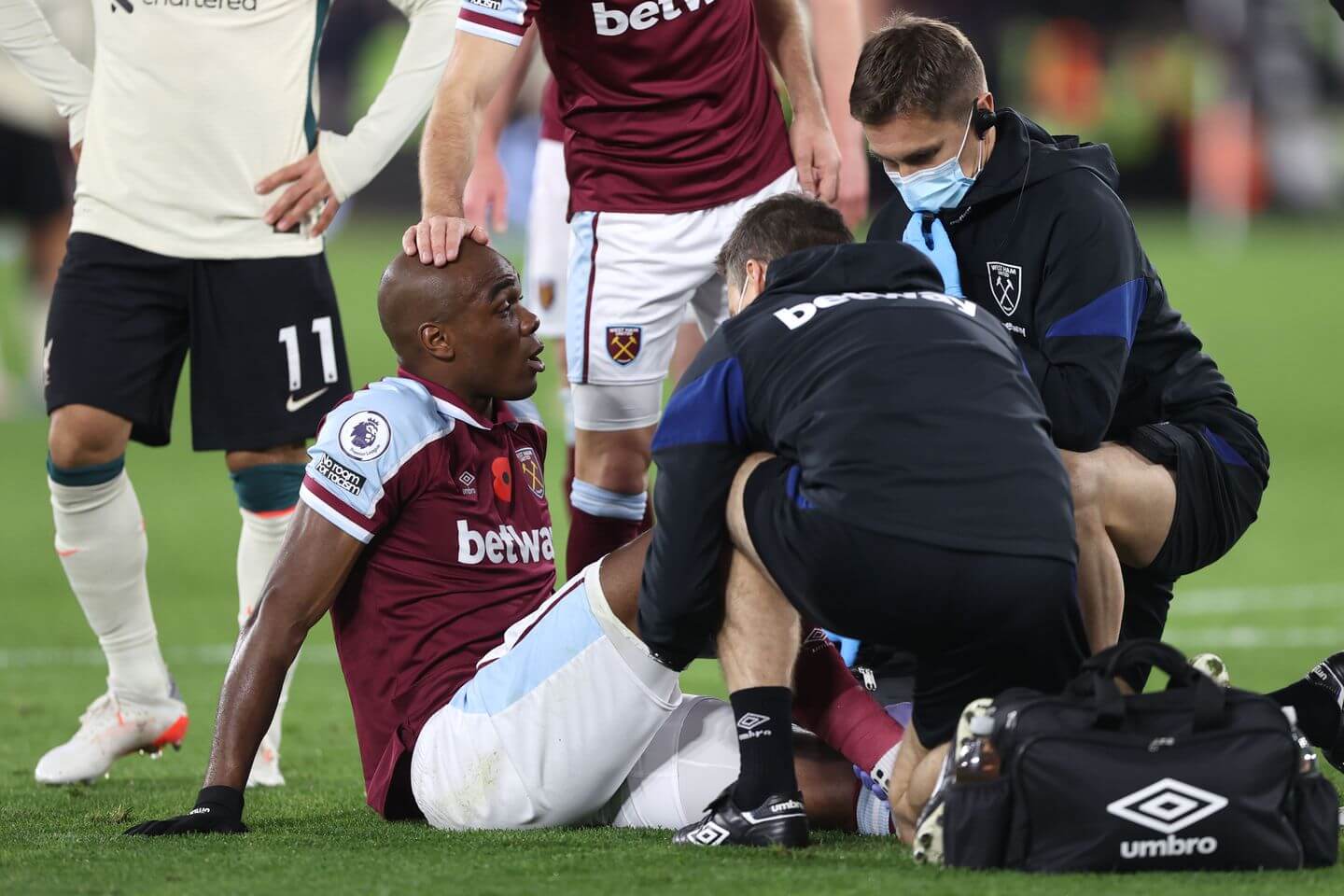 The West Ham defender started Sunday’s 3-2 win against Liverpool but had to be replaced by Craig Dawson in the 22nd minute of the match after picking up an injury.

A scan held on Monday has now confirmed that Ogbonna suffered an anterior cruciate ligament injury in his right knee.

The 33-year-old has begun a programme of recovery at his club’s Rush Green training ground. There is no current timeline for his return to action.

West Ham’s head of medical Richard Collinge said: “After being substituted following a separate incident that led to him suffering a cut above his eye, Angelo felt some discomfort in his right knee so we scanned him to ascertain the extent of the injury.

“That scan has shown up some damage to the anterior cruciate ligament and we have begun his rehabilitation immediately. Angelo will see another specialist this week and we will then have a clearer picture around his timeline of recovery.”

Ogbonna has played in all 11 of West Ham’’ Premier League games so far this season. He has helped them climb to third in the table.