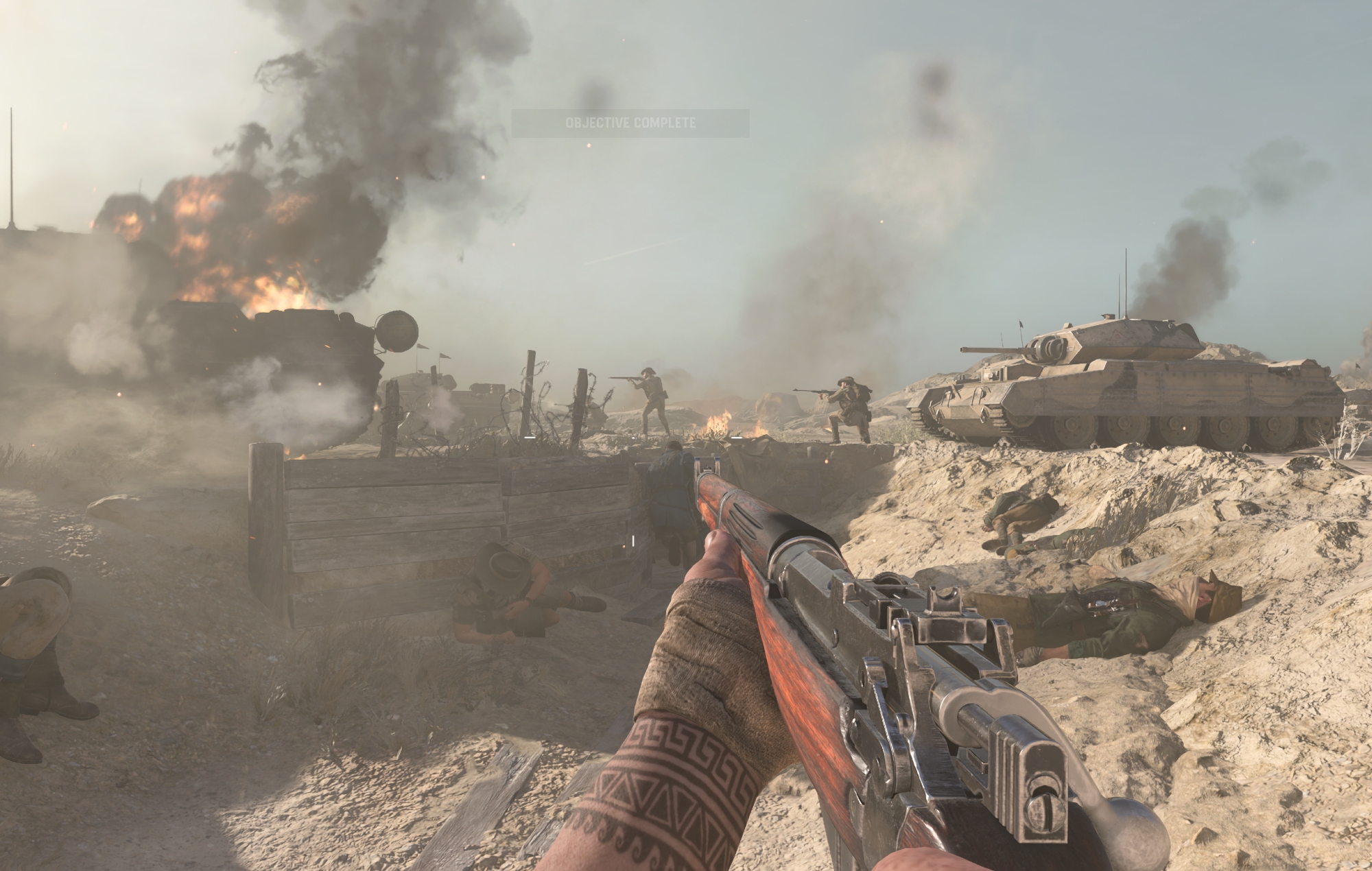 A dataminer has found files that suggest an Attack On Titan crossover is coming to Call Of Duty: Vanguard.

Nanikos is known for finding information from files in Call Of Duty games, and their latest find points to an upcoming crossover (as reported by VGC). Strings featuring the words “aot_titan” and “swordtitan” have been found and shared in a Tweet. These appear to be items coming to Call Of Duty: Vanguard, with the dataminer suggesting a December release.

If the information is correct, an operator may be coming that is styled after a character from Attack On Titan and they may even also include a weapon attachment. This is how Activision has released bundles with characters such as John McClaine, and Judge Dredd, so it isn’t a stretch to assume the potential crossover would be bundled in a similar way.

Been quite a few things found in memory dumps for vanguard. The most interesting one being a mention of a “swordtitan” aswell as an “aot_titan” operator.

The theory is that there’ll be an Attack On Titan crossover for vanguard. (Probably sometime december if that is the case) pic.twitter.com/DiPALtUDY6

Another notable dataminer, @ZestyCODLeaks, has also verified the existence of the strings within the code. They suggest that the “swordtitan” line could be a weapon like the already existing katana.

NME’s review of Call Of Duty: Vanguard is out as well where w said, “Vanguard’s campaign does a lot right, but it’s often forgettable. A bombastic opening level that sees you running along two moving trains – jumping from one to the other while blasting Nazis – was nearly entirely forgotten by the time I’d rolled the credits six hours later.”

“The multiplayer is one of the better entries in recent years, but it’s hard to say yet how it’s going to develop over the next 12 months. There are issues at the moment: sometimes you spawn in front of bad guys with their guns trained at you and that goes about as well as you expect, unless perhaps you’re equipping a bayonet or using one of the many elements of the multiplayer that currently feel overpowered.”

Elsewhere, Nvidia’s GeForce Now appears to lock the frame rates of some games well below 60.