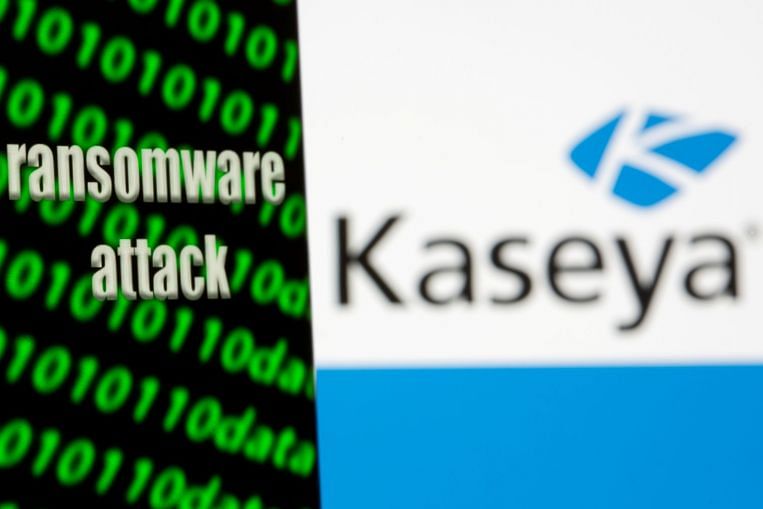 WASHINGTON (REUTERS) – US law enforcement officials have seized $6 million (S$8.08 million) in ransom payments, CNN reported on Monday (Nov 8), and the Justice Department is expected to announce it has charged a suspect from Ukraine over a July ransomware attack on an American company.

Yaroslav Vasinskyi, a Ukrainian national arrested in Poland last month, is to face US charges for deploying ransomware known as REvil, which has been used in hacks that have cost US firms millions of dollars, a source familiar with the probe told Reuters.

Vasinskyi conducted a ransomware attack over the July 4 weekend on Florida-based software firm Kaseya that infected up to 1,500 businesses around the world, according to charges the Justice Department is expected to announce later in the day, the source said.

Twelve suspects believed to have mounted ransomware attacks against companies or infrastructure in 71 countries were “targeted” in raids in Ukraine and Switzerland, Europol said on Friday.

Vasinskyi, 22, is being held in Poland pending US extradition proceedings, while Polyanin, 28, remains at large, CNN added.

Targeted cyberattacks on cryptocurrency industry to rise in 2022: Report

Staying one step ahead of cyber attacks