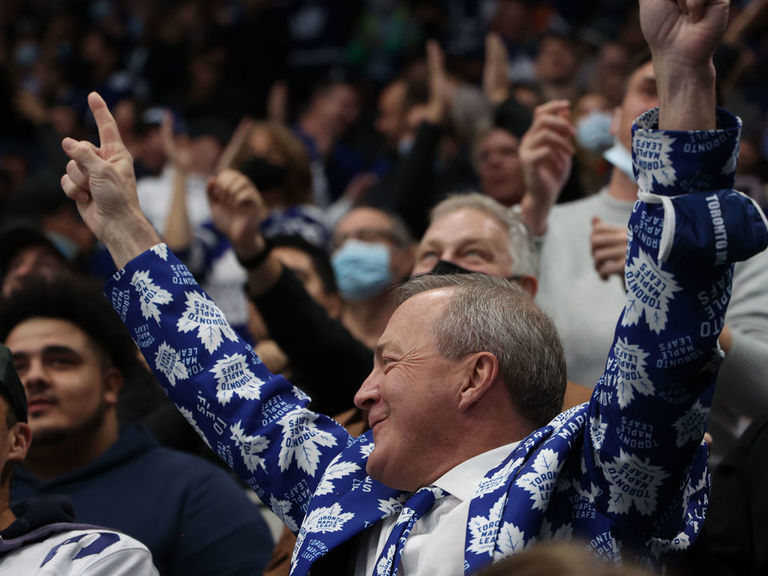 How much does one player matter? It depends on the team. Sidney Crosby is not replaceable for even one game with the lack of depth on the Pittsburgh Penguins, whereas the Florida Panthers are better equipped to absorb the absence of Aleksander Barkov. While a long-term Barkov injury would hurt the Panthers, Florida can cover for him in one game. Don’t overpay for a great player’s absence from a great team.

We provided a three-chapter series on how to use the regular-season point-total market to create team ratings, how to interpret home-ice advantage, and then how to use those to create your own moneylines.

I’ve taken the advanced stats I value most from those games, the market rating for regular-season win-total markets, and last season’s advanced stats to create a rating for each team. (I make adjustments for injuries to key players.)

With roughly 13% of the season played, here’s how I’m weighing those three factors as of Nov. 8:

Last season’s advanced metrics act as a baseline so we don’t overreact to a good start. Aren’t you glad you didn’t start wildly betting on the Sabres after a few wins to begin the season? The Avalanche are sixth in the Central Division. Do we think that’s a sign of things to come? No.

Next, we use the regular-season point-total market to account for our assessment of these teams before the campaign. We all had the chance to bet the under on the Montreal Canadiens‘ season point total, and not enough of us did to move the number lower. So let’s not overreact to their slow start.

Lastly, we use the games we’ve seen so far this season. What happens on the ice now does matter, but 11 games isn’t a predictive sample size. No one is tattooing the Panthers and Oilers for a Stanley Cup Final matchup, are they?

The following is a lookahead to a week’s worth of games. Bettors and content creators alike throw around “value” as a buzzword, but what does that actually mean for you?

The following includes my fair price on the games (true moneyline) and the moneyline price I would need to bet either side. I just need a 1% edge for a favorite if we’re getting better than a fair price on the team that’s more likely to win. For the underdog, I’ll need 4% or better to make it a bet.

If you’re looking at betting a game this week, refer to this chart to see whether or not you’re truly getting value with one side or the other. New injuries or lineup issues will naturally arise, but this is a good reference point for identifying an attractive price for the side you like.

Matt Russell is a betting writer for theScore. If there’s a bad beat to be had, Matt will find it. Find him on Twitter @mrussauthentic.

How to Defeat Steiner in Call of Duty Vanguard

Call of Duty: Vanguard review: “a solid installment with a satisfying story and great multiplayer”