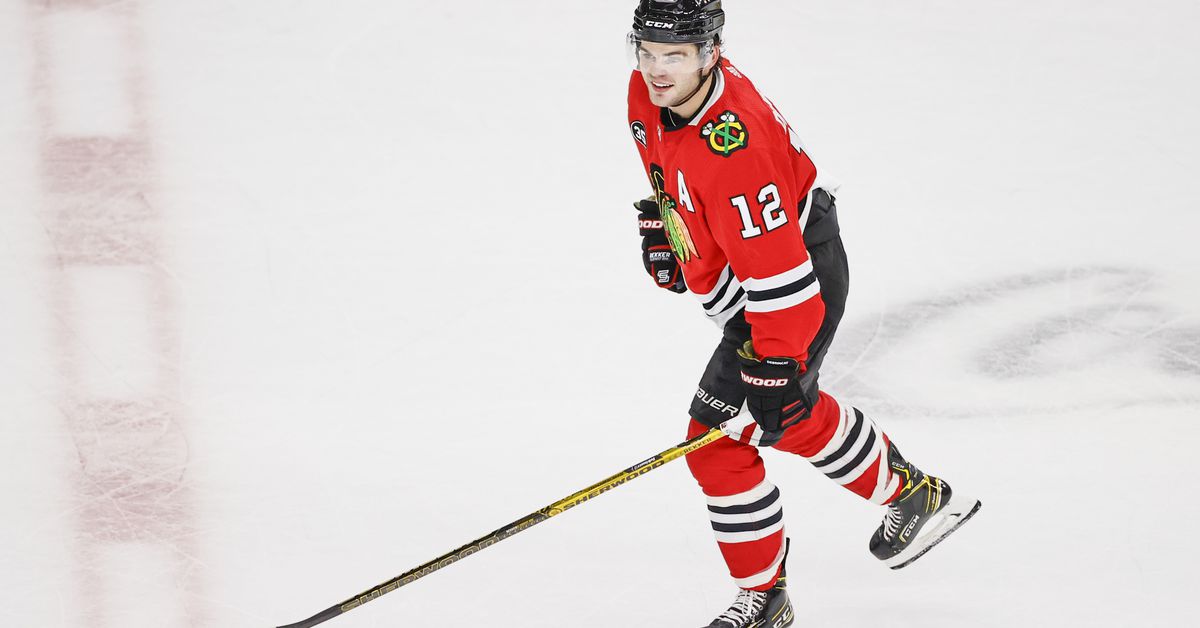 2021-11-08 09:20:46 GMT+00:00 – Alex DeBrincat scored 37 seconds into overtime and Kevin Lankinen made 20 saves to lift the host Chicago Blackhawks to a 2-1 victory over the Nashville Predators on Sunday night in the team’s first game under interim coach Derek King.

DeBrincat scurried to collect the game puck for King, who was promoted from the Blackhawks’ American Hockey League affiliate in Rockford, Ill., after Chicago fired coach Jeremy Colliton on Saturday following a 1-9-2 start.

King, 54, ascended to the head role at Rockford after Colliton was hired from the farm club to replace the fired Joel Quenneville in early November 2018.

Brandon Duhaime scored the go-ahead goal midway through the third period and notched an assist as Minnesota rallied past New York in Saint Paul, Minn.

Ryan Hartman and Matt Dumba also finished with a goal and an assist for Minnesota, which notched four unanswered goals in the third period to earn its second win in as many nights. Nick Bjugstad scored for the Wild, while Jonas Brodin and Dumba added empty-net goals to seal the win.

Anders Lee scored both goals for New York, and Mathew Barzal collected a pair of assists. New York’s seven-game point streak came to an end as it lost in regulation for the first time since Oct. 16.

Pius Suter and Tyler Bertuzzi each had a goal and an assist, Thomas Greiss made 38 saves, and Detroit won for the second time in as many nights with a win over visiting Vegas.

Lucas Raymond, Robby Fabbri and Vladislav Namestnikov also scored for Detroit, which rallied for a 4-3 overtime victory at Buffalo on Saturday. Team captain Dylan Larkin, who missed the previous three games due to personal reasons, returned to action and played 19 minutes.

Nicolas Roy had a goal and an assist for the Golden Knights. Jonathan Marchessault had their other goal, while Laurent Brossoit was credited with 25 saves.

Brandon Saad scored and Jordan Binnington made 23 saves for the Blues, who suffered just their second regulation loss in 10 games this season.

J.T. Miller scored a pair of power-play goals while Bo Horvat and Elias Pettersson each added a goal and an assist as host Vancouver topped Dallas.

Joe Pavelski, Luke Glendening and Ryan Suter scored for the Stars, who have one win in their last six outings. Goalie Anton Khudobin stopped 30 shots.