Call of Duty Vanguard UPDATE – Everything you need to know about Campaign, MP and Zombies | Gaming | Entertainment 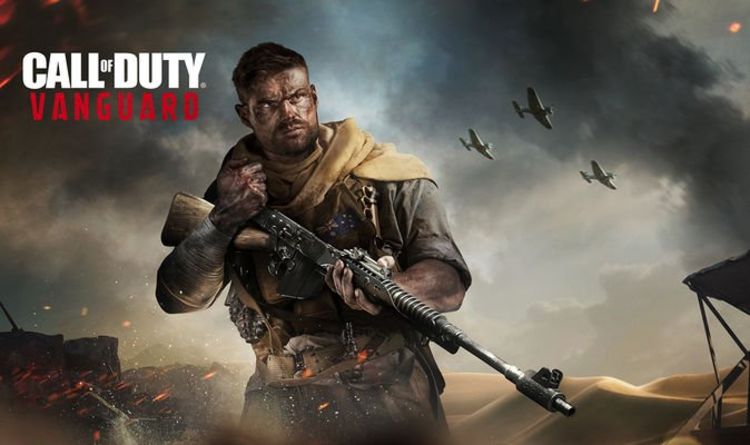 Call of Duty Vanguard is a brand new WW2 shooter from the team over at Sledgehammer Games.

Taking the series back to World War 2, Vanguard features the same lightning fast action and bombastic set pieces that we’ve come to expect from the long-running series.

The Vanguard campaign has a deeply engaging narrative, featuring a select group of soldiers from different countries and backgrounds who rise together on every front to meet the world’s gravest threat.

The events depicted in the game changed the face of war and set the scene for what we know today as special forces combat.

With a full weekend of action under our belt, Express Online has teamed with Activision to bring you the definitive guide for what you can expect from the next chapter of the Call of Duty franchise.

Read on for more about the campaign, multiplayer, Zombies, and even the future plans for Warzone.

You will experience influential battles of World War II as war heroes fight for victory across multiple fronts – the Eastern and Western Fronts of Europe, the Pacific, and North Africa.

Whether dogfighting over the Midway Islands, defending Stalingrad with sniper’s precision, airdropping over France, or blasting through advancing forces in North Africa, the Call of Duty: Vanguard campaign will immerse you in an engaging and gripping character-driven narrative, telling the stories of those who turned the tides of war and changed history forever.

A handpicked group of soldiers fighting for a top-secret mission are the protagonists of the Vanguard campaign. The team consists of Cameroonian-British paratrooper Sergeant Arthur Kingsley, the man leading the team, Lucas Riggs – an expert demolitionist with issues with authority, Polina Petrova – the best sniper in Russia, and Arthur’s right hand, British paratrooper Richard Webb. Despite their different background, these skilled soldiers had one common goal: to exterminate the Fourth Reich.

There is an expansive multiplayer experience on offer, with new modes and more ways to play than ever before. Launch will see more maps go live on day one than previous games, with 20 maps for players to enjoy.

A new Combat Pacing system is also on offer, which gives you the choice to select matches that offer Tactical, Assault or Blitz style gameplay to suit your mode and play style. Tactical offers classic 6v6, Assault player counts vary between 20-28, while Blitz provides high-action lobbies with 28-48 players.

You can also test yourself in Champion Hill, a multi-arena survival tournament, where tactics and strategy combine with quick action. The last team standing wins.

ZOMBIES – THE NEXT CHAPTER

Zombie fans will be able to prove their mettle as they try to survive the relentless onslaught of the undead in a chilling new Dark Aether Zombies experience, Der Anfang, developed by Treyarch Studios.

You have the chance to use Dark Aether portals to take the fight to multiple fronts, each bathed in a gruesome, supernatural atmosphere.

Through the ruins of Stalingrad, war-torn fields of Merville, rainy rooftops in Nazi-occupied Paris, and the Japanese army camp at Shi No Numa, players will see whether they can come out on top and defeat the zombie hordes.

THE FUTURE OF CALL OF DUTY: WARZONE

Call of Duty: Vanguard will usher in a new and unparalleled Call of Duty: Warzone integration post launch, and feature cross-play, cross-progression and cross-generation play.

Warzone will also receive a new map based within the Pacific later in 2021, following the launch of Call of Duty: Vanguard.

The Pacific map will feature an entirely new island play-space built from the ground up, complete with all new points of interest.

How to remove the green dots from Vanguard’s menus