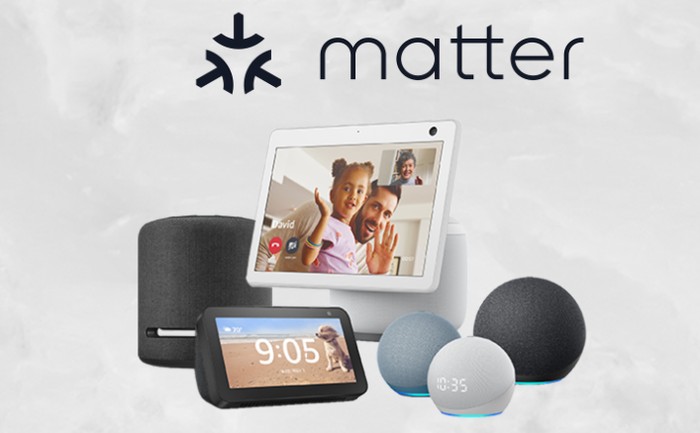 This week Amazon has announced its support for the smart home standard Matter over Thread which it will be adopting in millions of Echo and eero households. Amazon’s commitment to Matter says it reinforces the companies smart home philosophy of “flexibility, privacy, collaboration, and interoperability“.

“Matter promises reliable, secure connectivity and has been created to offer consumers a seal of approval that devices will work seamlessly together, today and tomorrow. “Matter is creating more connections between more objects, simplifying development for manufacturers and increasing compatibility for consumers. This collaborative breakthrough is built on proven technologies and guided by the Connectivity Standards Alliance (formerly Zigbee Alliance), whose members come together from across industries to transform the future of connectivity.”

“There are over 140,000 smart home products compatible with Alexa, and customers have connected more than 200 million smart home devices to Alexa over wifi, Zigbee, and BLE. By adding support for Matter, over Thread and wifi, we are continuing our efforts to ensure customers can use Alexa with as many devices as possible while allowing device makers to build with their preferred protocols.

After contributing to the Thread Group for over five years as a member, we are now joining the Thread Group Board of Directors to help shape the future of this key Matter protocol. As a board member, we are excited to provide thought leadership and advocacy for Thread as a standard, contribute to ongoing open-source development, and increase the number of Thread border routers. We are pleased to announce that we will be supporting Matter over Thread across millions of new and existing Echo and eero devices. All eero Pro, eero Beacon, eero Pro 6, and eero 6 devices already act as border routers, and they will gain Matter over Thread support alongside Echo (4th Gen) in time for Matter’s SDK release next year. Support for additional Echo devices is expected to follow later.”

Disclosure: Some of our articles include affiliate links. If you buy something through one of these links, Geeky Gadgets may earn an affiliate commission. Learn more.