Jones makes 31 saves for Flyers in win against Capitals 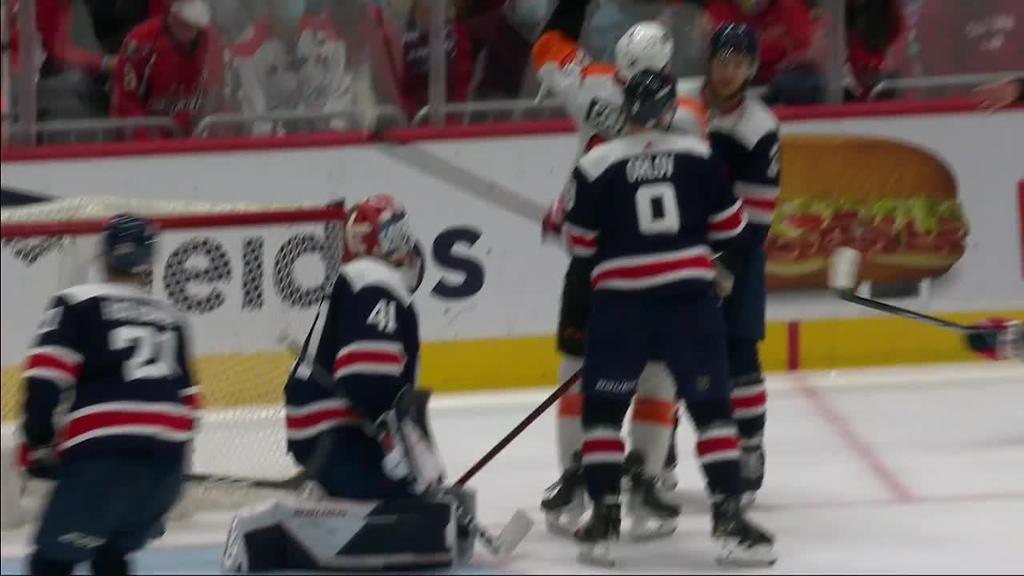 WASHINGTON — Martin Jones made 31 saves for the Philadelphia Flyers in a 2-1 win against the Washington Capitals at Capital One Arena on Saturday.

Derick Brassard and Sean Couturier scored for the Flyers (6-2-2), who are 4-1-1 in their past six games.

Jones has won three straight starts to begin his first season with Philadelphia.

“I feel good,” Jones said. “The team’s playing well. We’re defending really well, and the penalty kill’s been good. That’s a good recipe for success for a goalie.”

Brett Leason scored for the Capitals (5-2-4), and Vitek Vanecek made 30 saves.

Brassard gave the Flyers a 1-0 lead at 11:18 of the second period when he scored on a one-timer from the left face-off circle off a pass from Cam Atkinson from below the goal line.

“The one thing we talked about this morning is that we’re not going to score every game, but we’ve got to be effective,” Brassard said of his line with Atkinson and Joel Farabee. “We’re not a one-line team, we’re a four-line team, and since the beginning of the season, everyone’s chipping in offensively.”

Jones made the save against Carl Hagelin on a breakaway at 12:35.

Couturier made it 2-0 at 15:44 when he knocked in the rebound of a Rasmus Ristolainen shot.

“They played really well in the offensive zone tonight,” Capitals defenseman John Carlson said. “They were slamming walls, they were making it tough to get it out with possession, and I think we turned it over a little too much.”

Leason pulled Washington within 2-1 at 6:02 of the third period. Connor McMichael drove the net and dropped the puck back to Leason, who poked it over the left shoulder of Jones.

“We were sleeping in the first and we got outworked in the second, so the third period I thought was our best period,” Laviolette said. “We started getting it behind them a little bit more, playing in the offensive zone and generating some chances.”

Video: PHI@WSH: Leason pots goal in front of the net

The Capitals outshot the Flyers 15-6 in the third after being outshot 26-17 through two periods.

NOTES: Ristolainen got his first point for the Flyers with the assist on Couturier’s goal. It was the 200th NHL assist for the defenseman, who was acquired in a trade from the Buffalo Sabres on July 23. … Philadelphia improved to 6-0-1 when scoring the first goal. … Leason, a rookie forward, has scored three points (one goal, two assists) in three games since being kept off the score sheet in his NHL debut Oct. 29 against the Arizona Coyotes. … Carlson has scored five points (one goal, four assists) during a four-game point streak.

Wild tie it with 2.2 seconds left, defeat Penguins in shootout