Parise has ‘moved on’ from Wild, happy to be with Islanders 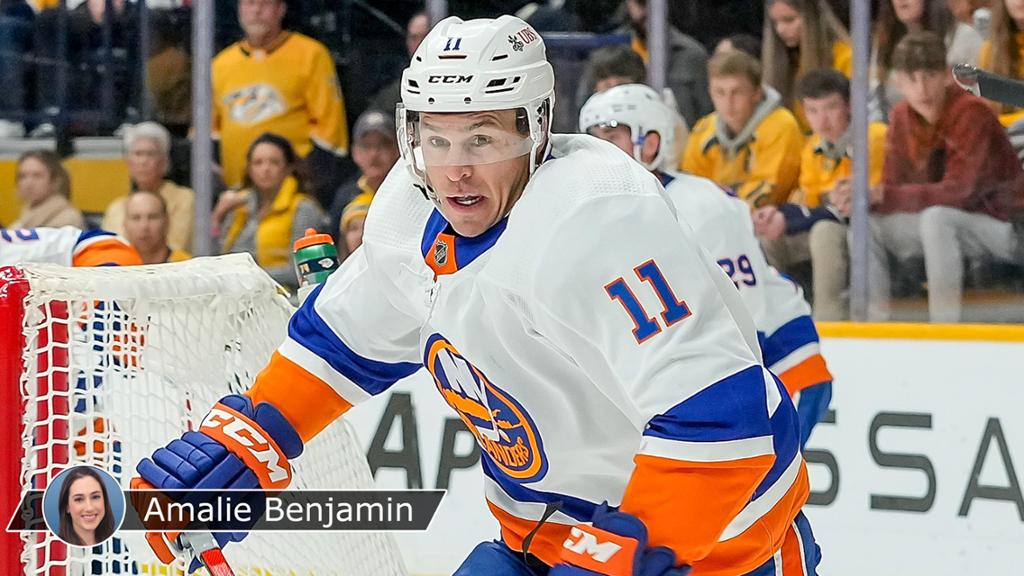 It means the 37-year-old forward has been able to spend time around his teammates, bonding, getting to know them, socializing, instead of rattling around his fresh New York digs alone.

Because while Parise moved to New York to join the Islanders after agreeing to a one-year contract Sept. 10, his family remained at home in Minnesota. His wife, Alisha, is there, along with their seven-year-old twins, Jaxson and Emelia, and three-year old, Theodore.

“I’ve spent a lot of time over at the Nelsons’ house,” Parise said, referring to Islanders center Brock Nelson. “They live two doors down from where I’m at. We’ve got that Minnesota connection, so I knew him a little bit before. But they’ve been really helpful with the transition and hanging out over there. It’s been great.”

There has been a lot of golf. A bit of silence. Attempts to remain out of his home for as long as he can, as often as he can. The road stretch has helped, a necessity while construction workers put the finishing touches on UBS Arena, the Islanders’ new home set to open Nov. 20. The close-knit nature within the organization has helped.

But Parise will get a chance to, albeit briefly, reunite with his family Sunday when the Islanders play the Wild at Xcel Energy Center (8 p.m. ET; BSN, BSWI+, MSG+, ESPN+, NHL LIVE), the arena Parise called home for nine seasons. New York heads to Minnesota on the second half of a back-to-back after playing Saturday at the Winnipeg Jets.

“As far as the feelings go, I’m sure it’ll be a little weird going into that rink as a visitor,” Parise said. “And seeing all the people that you’ve worked with for a long time and seeing them on the other side is going to be pretty different and weird.

“But that’s the same type of feeling when I would go back to New Jersey, you know what I mean? You have that sense of, these guys were all my teammates and friends. But that’s just the way it goes.”

Parise played for the New Jersey Devils for the first seven seasons of his career after being a first-round pick (No. 17) in the 2003 NHL Draft. His time back in his home state of Minnesota began with a bang, with the twin 13-year, $98 million contracts he and defenseman Ryan Suter signed July 4, 2012. It ended with a bang too; Minnesota opted to buy both Parise and Suter out of their contracts July 13.

For Suter, it was a surprise, but he rebounded by signing a four-year, $14.6 million contract with the Dallas Stars on July 28 that allowed the stability to move his family to Dallas. It was less of a surprise for Parise, who said he sensed a buyout was coming.

Parise was a healthy scratch in three of the Wild’s last four regular-season games and the first three in the Stanley Cup Playoffs. He returned after forward Marcus Johansson broke his arm in Game 3 of the first-round series against the Vegas Golden Knights and scored three points (two goals, one assist) in four games. Minnesota lost the series in seven.

As for what would come next, the writing was on the wall.

He had signed at a time when the Wild had a crop of young players on the way, including forwards Mikael Granlund, Charlie Coyle and Nino Niederreiter, and defensemen Jonas Brodin and Matt Dumba. There was plenty of optimism, which excited Parise and the team. The potential for all involved seemed immense.

“Zach, just the work ethic he brought,” Minnesota defenseman Jared Spurgeon said. “Obviously he came off some great years in New Jersey, but then you get to see him firsthand in practice and how hard he works on and off the ice, whether it’s practice habits or in the gym, there’s just a contagious work ethic that he would bring to the room.”

It wasn’t enough. In the end, Parise’s time in Minnesota wasn’t the triumph that was envisioned at the time he signed. The Wild qualified for the playoffs in eight of the nine seasons he played there but reached the second round twice, in 2013-14 and 2014-15, losing to the Chicago Blackhawks each time. Chicago also eliminated Minnesota in the first round in 2013.

“I think we had the best of intentions going there and making Minnesota a competitive team and, ultimately, doing our best to win there,” Parise said. “Didn’t work out that way.”

Parise scored 400 points (199 goals, 201 assists) in 558 regular-season games with the Wild, which has him third in goals and points, seventh in games played and eighth in assists in their history. Parise is their all-time leading scorer in the playoffs with 37 points (16 goals, 21 assists) in 44 games.

He’s still finding his way with his third NHL team, but Parise scored his first two points with New York on Thursday when he had two assists in a 6-2 win at the Montreal Canadiens.

Parise has noted the parallels in their careers.

“I’ve really enjoyed playing out here, being out here with this team. It’s been awesome, (it) really has,” he said. “So, I’ve moved on. I guess the only downfall of the whole thing would be the fact that my wife and kids are at home in Minnesota and I’m out here.”

Parise has been making do in New York, with a whirlwind trip to Minnesota on a recent surprise off-day and by having his family meet him in Nashville for a quick visit. He will get to see them only at the game Sunday, given the back-to-back, his son’s hockey game and his own preparations, but they’ll reunite at Thanksgiving and Christmas.

It’s not optimal, but it was the best option for the family, given the friends and commitments the kids have in Minnesota.

“It’s been hard,” Parise said. “As a parent you’re so accustomed to being with them all the time and bringing them to their hockey and their gymnastics and their sports. As a parent, you really miss that stuff. It’s an important time in their lives. We’re making the best of it.”

This is his life, at least for now. He says he enjoyed his time in Minnesota and worked his hardest. He wishes, still, that things had broken in their favor, that they ended differently.

“You sign somewhere with the best of intentions and, like I was saying, ultimately to win,” Parise said. “Knowing how hard it is, I mean, there’s nothing guaranteed. But you look back on it and you gave it your best shot. We had some really good teams.

“(It’s) unfortunate early that we ran into the Hawks when they had their dynasty going and it just didn’t work out as the way you drew it up. It’s unfortunate the way it ended. So, you move on. You make decisions, you move on, and (I’m) happy where I am now.”