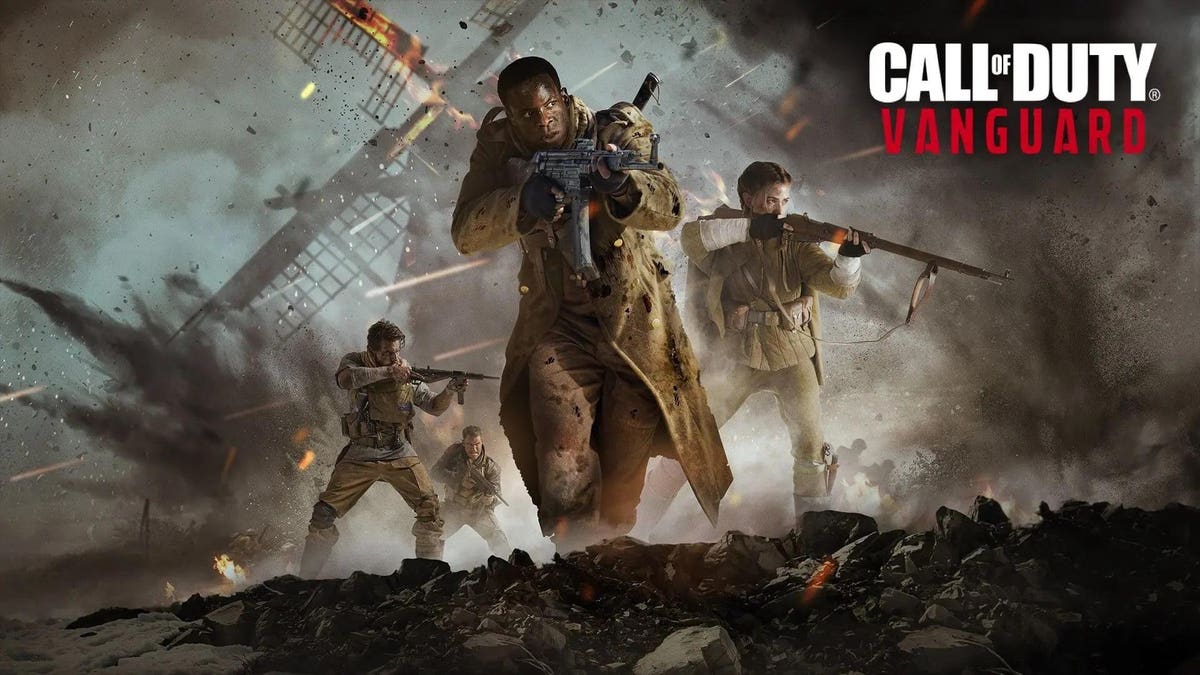 Call Of Duty: Vanguard is destined to be one of the biggest video games of the year. The WWII-themed shooter goes live this week on PC and consoles with content drops scheduled.

Call Of Duty: Vanguard releases on Friday, November 5th—though it might release early on Thursday evening, so keep an eye out—on PC (via Battle.net) as well as PS4, PS5, Xbox One and Xbox Series X. There will be some exclusive PlayStation content but not as much as in some previous Call Of Duty releases.

(Check out the PC requirements here).

The game will also be cross-platform just like Modern Warfare (2019) and Black Ops Cold War, which is great news. This way you can play with friends even if you’re on PC and they’re on PS5 or Xbox One, for instance.

All told, Call Of Duty: Vanguard represents one of the largest content drops at launch of any Call Of Duty title ever. Read on to find out everything you need to know about the game before you buy.

If you’ve already pre-purchased, this post should help outline what you can expect from the game at launch and into Season 1 and beyond.

1. There Will Be A Ton Of Content At Launch

Call Of Duty: Vanguard launches with a seriously impressive amount of content.

One common gripe among Call Of Duty players in the past has been too few multiplayer maps at launch. Vanguard launches with 20 maps on day one. 16 of these are traditional multiplayer maps, while 4 more comprise the new tournament mode, Champion Hill.

On top of this there will also be a Zombies mode developed by Black Ops developer Treyarch that ties directly into the Black Ops Zombies storyline and lore, and a brand new WWII Pacific-themed Warzone map called Caldera, though this won’t land until Season 1 kicks off in December.

2. All Future Maps Will Be Free With An Optional Battle Pass

Two weeks later, on December 2nd, Season 1 of Vanguard + Warzone kicks off, bringing the new Caldera map and tons of weapon and other changes to Warzone, plus new maps and modes to Vanguard.

All these updates are free. The new maps, modes and weapons in Vanguard are free to every player, though many guns will require unlocks via challenges or leveling up.

This is a big change from previous years that was first implemented in Modern Warfare 2019—and it’s a very welcome change from the days of DLC map packs. Instead, players can now purchase an entirely optional Battle Pass that includes cosmetics and new Operators, music tracks, charms and so forth. The Battle Pass can be leveled up by playing Warzone or other integrated Call Of Duty titles.

One big change that has the potential to be a lot of fun is the new Combat Pacing system. There are now three pacing options: Tactical, Assault and Blitz.

Each of these dictates the team sizes you’ll matchmake with. Tactical is smaller 6v6 and 8v8 team sizes; Assault ups the team size up to 14v14; and Blitz goes as high as 24v24 or 28v28.

This means that you might play a big map with a small team or a small map with a big team or any combination in-between. It has the potential to be chaotic, fun and, at times, maybe a bit too slow if you find yourself on a big map like Red Star with only 12 players.

4. Gunfight And League Are Returning, But Not War Mode

Two of my favorite modes will be coming to Call Of Duty: Vanguard post-launch. One of these has been confirmed, the other has only been hinted at, but I’m pretty sure the hints are what I think they are.

First off, League is definitely making a comeback. This mode, which is a more hardcore and competitive mode that I play all the time in Black Ops Cold War, pits teams of four against one another with limited arsenals and friendly fire, with wins and losses counting toward your overall ranking (as well as your performance in matches).

Gunfight is a 2v2 game mode that utilizes short rounds and pre-set loadouts to create some of the most tactical gameplay COD has ever seen. With an even playing field, no perks or killstreaks, players duke it out to see who can get to six wins first. It’s quite different from the Champion Hill mode introduced in Vanguard and gives fans of Gunfight in Modern Warfare and Cold War something to look forward to—though we don’t know when it actually comes to the game.

Champion Hill is fun, though, and should be a nice stop-gap until proper Gunfight returns.

Alas, there is no word on War Mode, the very best thing about 2017’s Call Of Duty: WWII. Frankly, I’m still very bummed out about this and I know a lot of other fans of WWII are as well. The objective-based mode really added something special to Sledgehammer’s previous game and it’s an absolute tragedy that they decided to leave it out this time around. Along with Gunfight, this mode should be in every Call Of Duty.

I guess this means we just have to take the good news with the bad news. Traditional multiplayer is getting a ton of maps. Gunfight and League will eventually make their return. Warzone is getting a new map and a bunch of new WWII-era guns. That’s all great news—almost enough good news to take the sting out of War Mode’s demise.

One more piece of good news: Finally Activision is implementing a robust anti-cheat system for both Call Of Duty: Vanguard and Warzone.

Cheaters have plagued Warzone for months, ever since the game launched at the outset of the COVID-19 pandemic. Activision and Raven Software (the developer of Warzone) have banned hundreds upon hundreds of thousands of cheater accounts and taken other steps to prevent cheating but hackers find a way.

Hopefully the new proprietary Ricochet anti-cheat system (exclusively on PC) will offer up a more permanent and effective solution to all these cheaters.

I honestly don’t understand why you’d want to cheat in the first place. Most of the fun you get from playing these games is derived from gaining skill and achieving great things, overcoming obstacles and pwning other players. Cheating skips all the satisfaction you get from actually getting good. It makes no sense.

In any case, Call Of Duty: Vanguard is just around the corner. I’ll be reviewing the game here at my Forbes blog and on my YouTube channel so be sure to subscribe. Thanks for reading and I’ll see you on the battlefield!

P.S. I’m still giving away COD points to anyone who has Black Ops Cold War installed and I’ll probably do a Vanguard COD Points giveaway in December, so head over to my YouTube channel for the details!

Call of Duty: Vanguard release time: Here’s when it unlocks

Barcelona teenager could be involved in a swap deal with…

FEATURE: Cyber-attack on the rise, as some employees…