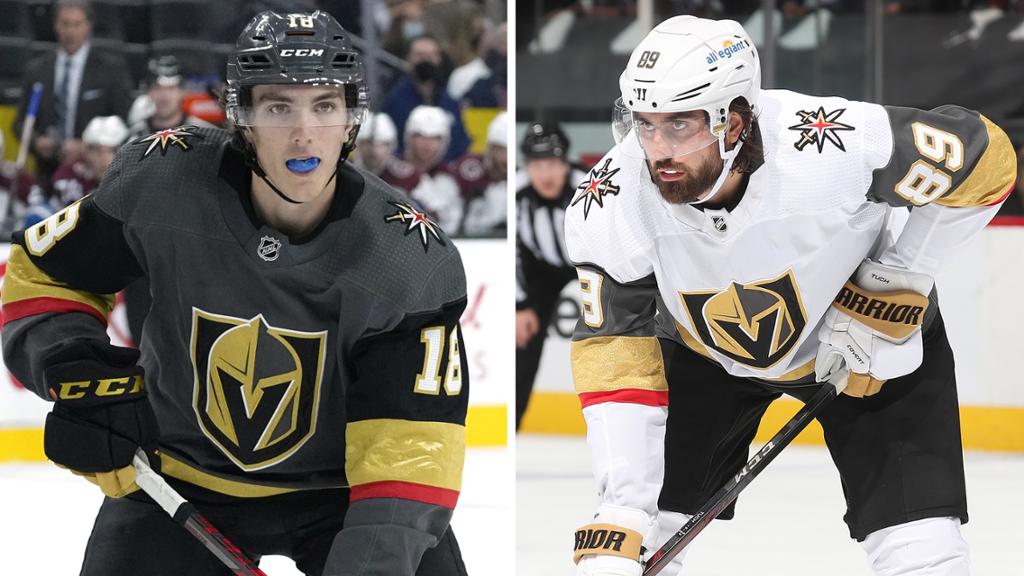 The Buffalo Sabres have acquired forwards Peyton Krebs and Alex Tuch, a top-10 protected 2022 first-round pick, and a 2023 second-round pick in exchange for forward Jack Eichel and a 2023 third-round pick.

Krebs, 20, was selected by Vegas in the first round (17th overall) of the 2019 NHL Draft. He has appeared in 11 career NHL games and recorded his first point – an assist – last May. This season, he’s recorded 10 shots in nine games for the Golden Knights.

Krebs spent the past three seasons captaining the WHL’s Winnipeg Ice. He was named the WHL’s Player of the Year in 2020-21 after leading the league in assists (30) and points (43) in 24 games.

The Okotoks, Alberta native also had eight points (3+5) in seven games for Canada at the IIHF World Junior Championship, where he won a silver medal alongside Sabres forward Dylan Cozens.

The Minnesota Wild drafted Tuch in the first round (18th overall) of the 2014 NHL Draft. The Syracuse native grew up a Sabres fan and has worked with current assistant coach Matt Ellis during past offseasons at the Academy of Hockey inside LECOM Harborcenter.

Tuch has missed the start of this season after undergoing shoulder surgery in July. He is signed through 2025-26 with an average annual value of $4.75 million.

Can the NHL be saved from its toxic culture? | NHL