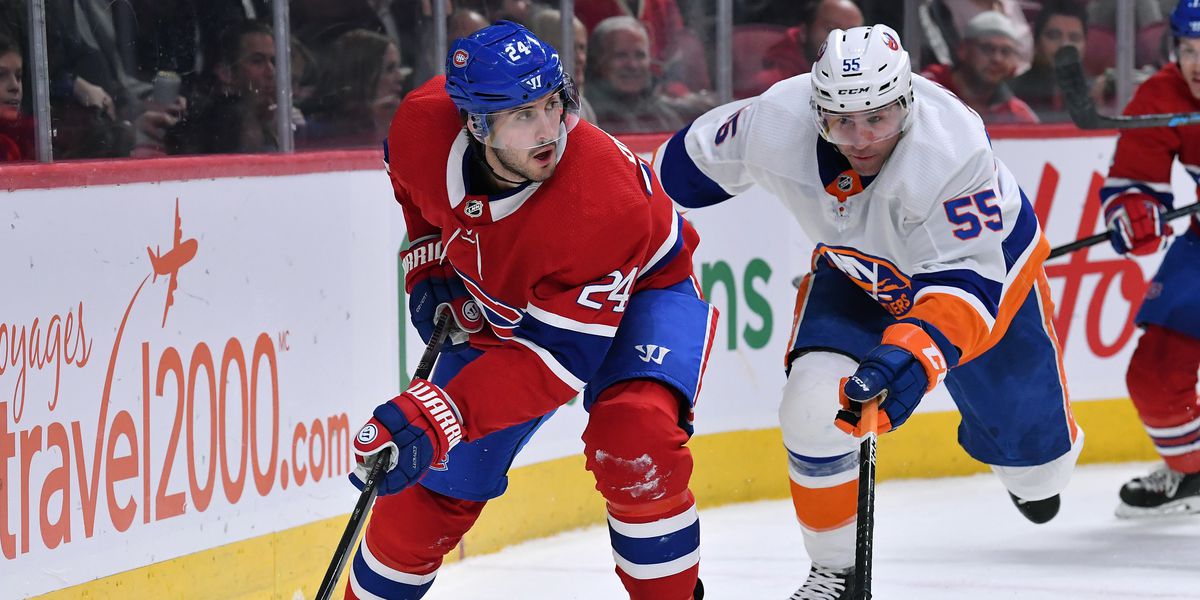 The Islanders are in Montreal for the first time in a long time: Since the last time these teams met, one went to two conference finals and the other went all the way to a Stanley Cup final.

No lineup changes for the Isles, who have Ilya Sorokin starting yet again. Jake Allen gets the nod for the Canadiens, who remain without Carey Price for the near future.

The new-look lines remain, but will they last, or will Barry Trotz resume mixing during the game?

Jonathan Drouin appears to be alright after taking a puck to the face, but he’ll be held out tonight as a precaution.

The Canadiens already have 11 games played and have lost 8 of those in regulation.

The Islanders have only played 7 games thus far, with a sub-optimal but not deal-breaking 3-2-2 record.

Both teams are scraping the bottom of divisions that are led by the league’s last two undefeated (in regulation) teams.

This one, it’s gonna hurt if the Isles don’t take two points.