Australia will host the U.S. Women’s National Team for the first time in 21 years at Stadium Australia in Sydney on Saturday, 27 November 2021 and McDonald Jones Stadium in Newcastle on Tuesday, 30 November 2021.

With venue capacities for both matches now lifted by the NSW Government, Football Australia can confirm that playing at Stadium Australia will present an opportunity for Australian and USA football fans to collectively break the previous record for a Commonwealth Bank Matildas crowd in Australia, being 33,000 fans who watched Australia play Sweden during the Sydney 2000 Olympics.

With the Commonwealth Bank Matildas last month successfully leading the return of international sports and major events to New South Wales, the matches against the U.S. Women’s National Team will be one of the first major events in regional NSW following the swift progress of the COVID-19 reopening roadmap. 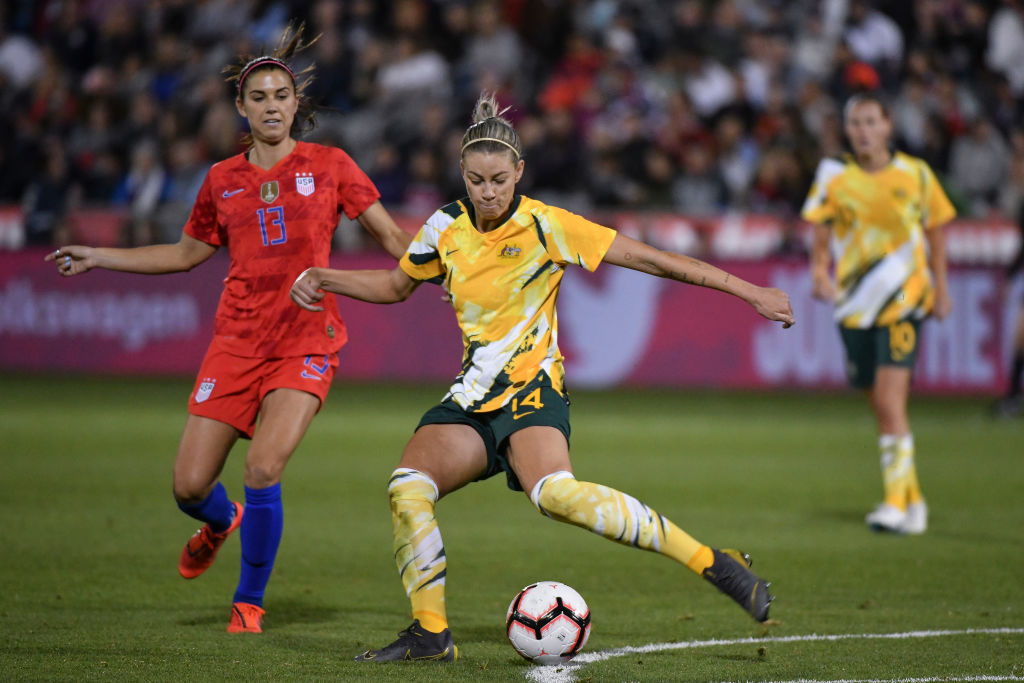 “The exhilarating football played by the Commonwealth Bank Matildas against Brazil in October once against highlighted why this team is loved by Australians,” Johnson said.

“With over 27,000 combined supporters at CommBank Stadium and over 465,000 watching on Channel 10, Australia’s ‘Home of Football’, the Commonwealth Bank Matildas have demonstrated their box office appeal. This was only the beginning, and I now encourage all football fans to celebrate with us again and help us break our previous attendance record at these upcoming games in Sydney and Newcastle and see some of the world game’s biggest superstars.”

“Hosting the U.S. Women’s National Team for the first time in over two decades is another great taste of what the FIFA Women’s World Cup Australia and New Zealand 2023™ will look and feel like at Stadium Australia.”

“It was a privilege to welcome back fans to international matches and we are now delighted to welcome one of the world’s best and most admired teams, as we continue to implement our strategy of playing more teams ranked in the top-10 in preparation for upcoming major international tournaments.

“We once again thank the NSW Government for collaborating with us to continue to bring our national teams’ home to play in front of Australian fans.  We also welcome American fans in Australia to celebrate with us during their Thanksgiving week celebrations.  What better way to celebrate, than going to cheer on their national team!”

Following Australia’s positioning in Group B of the AFC Women’s Asian Cup India 2022™, Commonwealth Bank Matildas Head Coach Tony Gustavsson spoke of the importance of the matches against the U.S. Women’s National Team and the November FIFA Window in relation to their preparation for Asia’s continental championships. 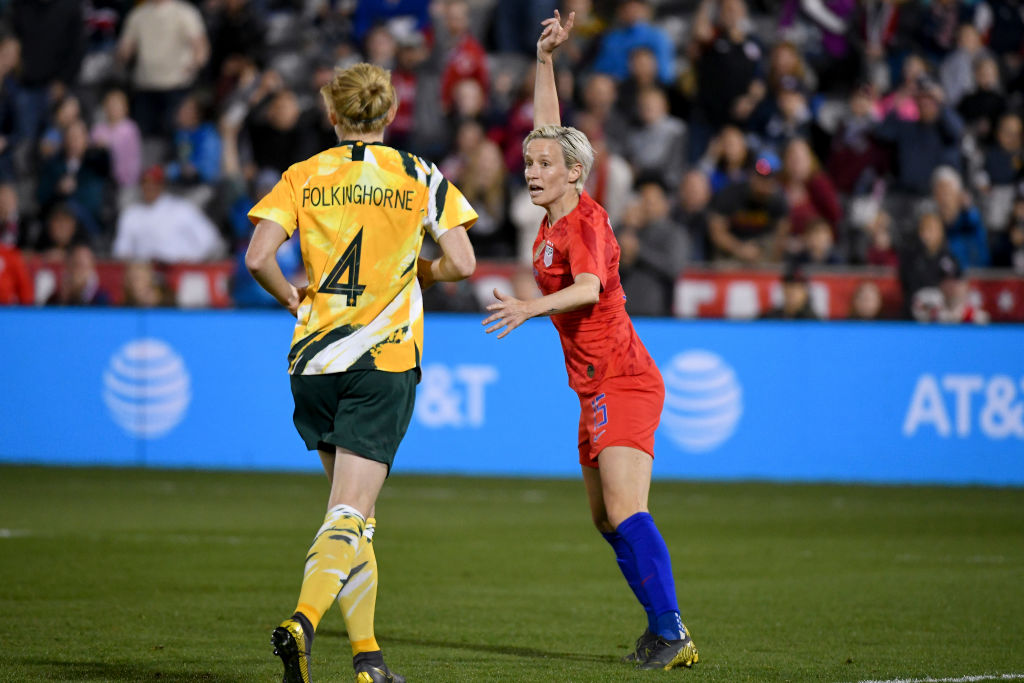 “This is a vital and final opportunity to see the players against an extremely high-quality nation before we select the final squad for the AFC Women’s Asian Cup,” Gustavsson said.

“Meeting the U.S. Women’s National Team on home soil will mark the sixth unique opponent in the top 10 that this team would have faced in 2021.  With each match, we are continuing to get one day better as a team, and at the same time providing invaluable experience to the younger players in the roster.  The U.S. Women’s National Team are a team with quality across the park and will mark another great challenge for the playing group.”

“We can’t be more delighted with the support which has been provided in scheduling these tough, unique opponents to further the development of the playing squad ahead of major international tournaments.”

Australia and the U.S. Women’s National Team have enjoyed a healthy rivalry in recent years with the last meeting of the two sides in the Tokyo Olympics Bronze Medal match.

NSW Minister for Tourism, Stuart Ayres, said it was exciting to accommodate two popular women’s sporting teams to Australia ahead of welcoming the world for the FIFA Women’s World Cup Australia and New Zealand 2023™.

“NSW has led the return of international sport with two great unbeaten performances by the Matildas against Brazil. I am delighted that Sydney and Newcastle sports fans will be able to turn out in large numbers to support the Matildas against the world champion U.S. Women’s National Team following the swift progress of the COVID-19 reopening roadmap.” Mr Ayres said.

“The NSW Government is focused on investing in world-class events like this to deliver on our goal of becoming the premier visitor economy of the Asia Pacific, spearheaded by our 10 World Cups in 10 Years initiative.”

“We have worked closely with Football Australia over the past five years to deliver an impressive program of international football matches leading into the FIFA Women’s World Cup Australia and New Zealand 2023™, which will culminate in the final in Sydney.” Mr Ayres said. 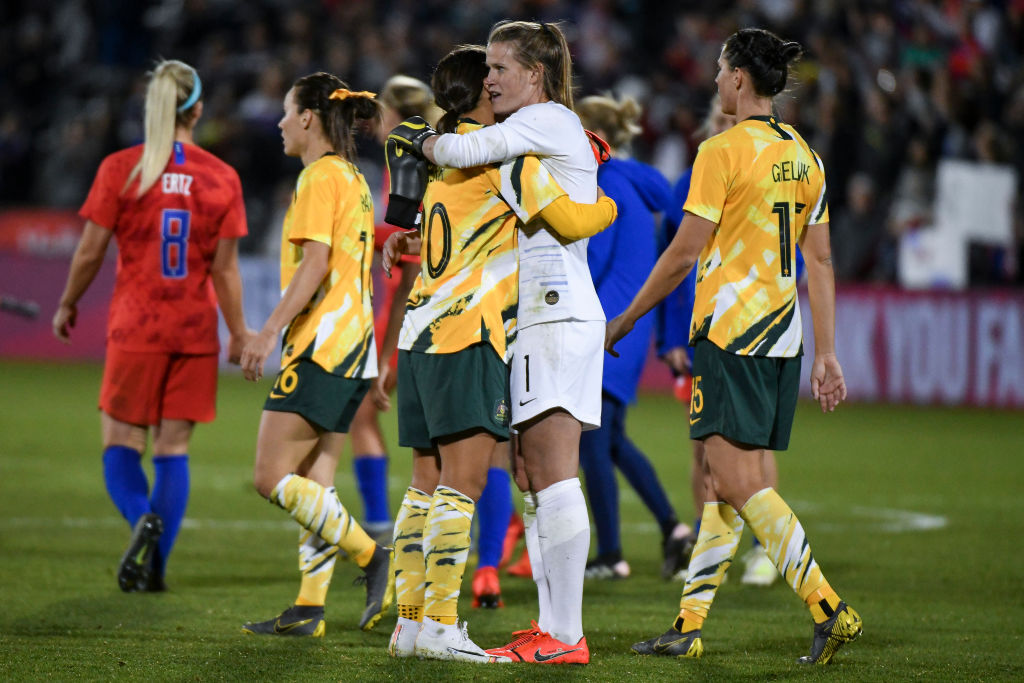 “NSW is undoubtedly the jewel in Australia’s sporting crown, and we are especially thrilled to be showcasing elite women’s competition in Sydney and Newcastle,” Mrs Ward said.

“Fans can look forward to another exciting series between two of the best teams in women’s football and I can’t wait to see our women take on the U.S. Women’s National Team in a taste of what’s to come with the FIFA Women’s World Cup Australia and New Zealand 2023TM.”

Football Account holders will enjoy a pre-sale window for the November matches against the U.S. Women’s National Team on Monday, 8 November 2021 at 3pm AEDT, with further tickets released to the General Public from Tuesday, 9 November 2021 at 2pm AEDT.

Network 10 will broadcast the two-match series live and free, with coverage simulcast on 10 Play.

“Me MOTM? The Only Thing That Matters Is The Win, Now AC Milan”

Lemieux to have NHL Player Safety hearing for actions in…