Some random thoughts from first month of the NHL season: Scandal, standings, surprises 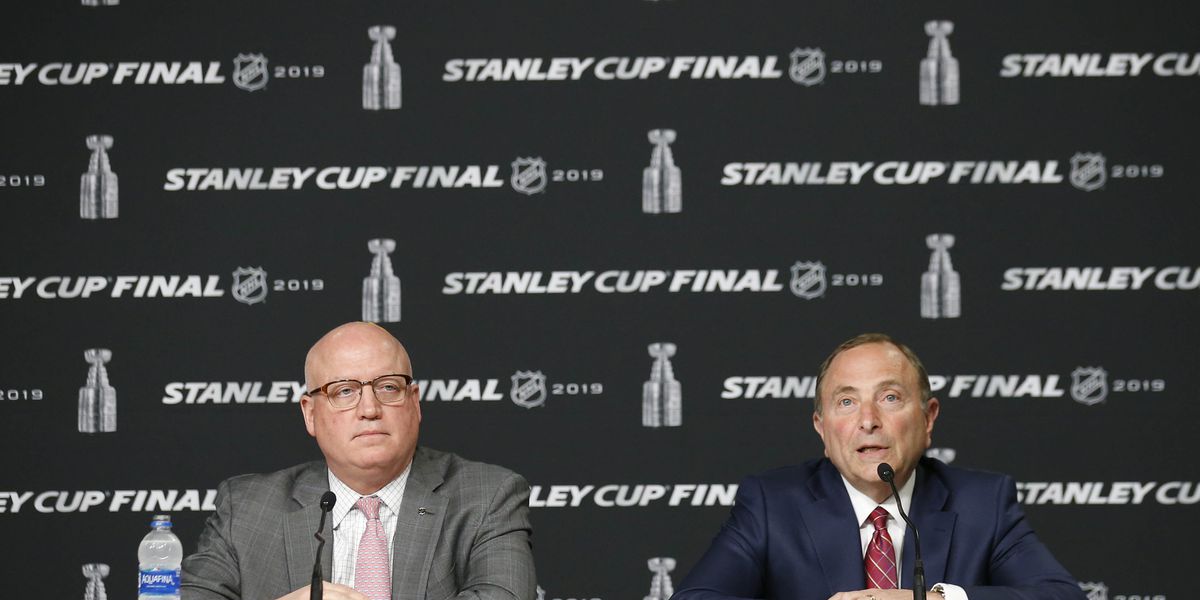 Do not have a specific Penguins topic on my mind for today so let us take a quick trip around the NHL and review the first month of the 2021-22 NHL season.

The NHL is a mess right now

The big story in the league through the first month of the season: Scandal, and just how bad the league is at handling it.

We found out the details of the Chicago Blackhawks sexual assault scandal, and it turned out to be even worse than originally believed. The way the Blackhawks, the league, the NHLPA, and everybody involved failed Kyle Beach is staggering and unacceptable. It was made worse by the Florida Panthers allowing Joel Quenneville to coach one more game, and with Gary Bettman’s incompetent press conference on Monday where he had no good answers for anything and was at times downright insulting.

Nobody involved with the team at that time — or the league — can be trusted, and it is highly suspect that Blackhawks players from that team still playing in the league have no memory of it or claim no knowledge, while players no longer in the league seem to have a strong recollection of it.

Perhaps the most maddening aspect of it all is the way Winnipeg Jets general manager Kevin Cheveldayoff maintained employment through it all, the only person involved in Chicago to do so. He was also present in the Blackhawks organization for the Akim Aliu/Bill Peters incident in Rockford, leaving even more unanswered questions.

The Pittsburgh Penguins are not immune to all of this, either. They are dealing with a situation of their own when it comes to their handling of the Clark Donatelli/Jarrod Skalde situation. There are plenty of unanswered questions here about who know what, when they knew it, how it was handled, and what the aftermath of it all was (for example: Why, exactly, was Skalde fired, and what did the front office tell him when he brought the incident to their attention?)

The Penguins are expected to be facing a lawsuit that names Bill Guerin, Mario Lemieux, and Ron Burkle, and if their initial statement regarding it on Tuesday is any indication of how they are going to handle it, it is probably going to get ugly.

None of this is good.

Whose fast start is for real and whose start is not?

Carolina Hurricanes. If Frederik Andersen keeps playing even somewhat well this might be the best team in the Eastern Conference.

Florida Panthers. They are a legitimate Stanley Cup contender, and even if Sergei Bobrovsky cools off I have faith in Spencer Knight, They remind me a little of the 2015-16 Penguins.

New York Rangers. I am not sure exactly how good this team is overall, but the Rangers have something very important: All-Stars. Artemi Panarin, Adam Fox, Mika Zibanejad, and perhaps most importantly, a goalie in Igor Shesterkin. They are going to be a problem, especially if one of their recent top picks (Alexis Lafreniere or Kaapo Kakko) has a breakout season.

Buffalo Sabres. Cool story for a couple of weeks, but have you seen that roster? Already cooling off.

Edmonton OIlers. Look below the early record and you will see the same problem exists: They get absolutely crushed when neither Connor McDavid or Leon Draisaitl is on the ice. I do not trust their depth, defense, or goaltending.

Calgary Flames. Right now Jacob Markstrom is carrying them. He is good. But he is not this good. When he cools off, so will they.

Whose slow start is a real concern and whose is not?

New York Islanders. They still have the goaltending and the defense. They will figure it out and be in the Eastern Conference Final again. Somehow.

Vegas Golden Knights. They are just getting crushed by injuries right now. They will still win the Pacific Division.

Colorado Avalanche. Injuries are a bit of a problem here as well, but this is still the most talented roster in the league. They will win the Central Division.

Boston Bruins. Are they as good as they have been? No. Goaltending is a question and the second-line center spot is a concern without David Krejci. But that top line and Charlie McAvoy, and Taylor Hall, and Craig Smith will still give them a chance.

Montreal Canadiens. Their playoff success was a perfect storm of the right division, the right matchups, and Carey Price playing at his absolute best. They lost a lot from that team and are back in a tough division.

Chicago Blackhawks. They spent a ton of money this offseason but the team still stinks. Even the money they did spend was questionable. Seth Jones is not a $9.5 million defender, and especially not for the next eight years. Marc-Andre Fleury turns 37 later this month and has a ton of mileage on those tires. Fleury has gone from a Stanley Cup contender in Vegas to a horrible defensive team in Chicago. The depth is still questionable.

Toronto Maple Leafs. Why should anybody trust this group to get it right? The roster is weaker than it was a year ago, and that team lost a first-round series for the fifth year in a row.

The Penguins are still a mystery

Still not sure what to make of the Penguins because we have not really seen the Penguins.

Injuries and COVID protocols have made it impossible for the Penguins to have their complete roster, as Sidney Crosby, Evgeni Malkin, Kris Letang, Jeff Carter, and Bryan Rust have all missed significant time, while Jake Guentzel, Zach Aston-Reese, and now Marcus Pettersson have missed some time on their own.

The initial start was fantastic, going 3-0-2 through a tough stretch.

Now they have dropped three games in a row, mostly due to injuries and some tough puck luck at times.

I do like the forward depth, especially if Danton Heinen continues to produce. The defense has a formidable top-four when healthy. Tristan Jarry looks like he is going to bounce back from that tough postseason. But they need to get their players back in the lineup and stay there.

The wild cards are going to be Kasperi Kapanen, Carter, Heinen, Jarry, Pettersson, Jason Zucker, and John Marino. If they are as good as they can be, this team is going to still have a chance to make some kind of a playoff run, and I think that is what we will end up seeing. They are closer to the team we saw in the first five games than the team we have seen over the past three games (which has not been as bad as the aggregate score would have you believe). They will get there.

1-32 poll, plus the best new addition for every team

Everything We Know About Call Of Duty: Vanguard Season One