NHL Buzz: Makar out for Avalanche against Blue Jackets 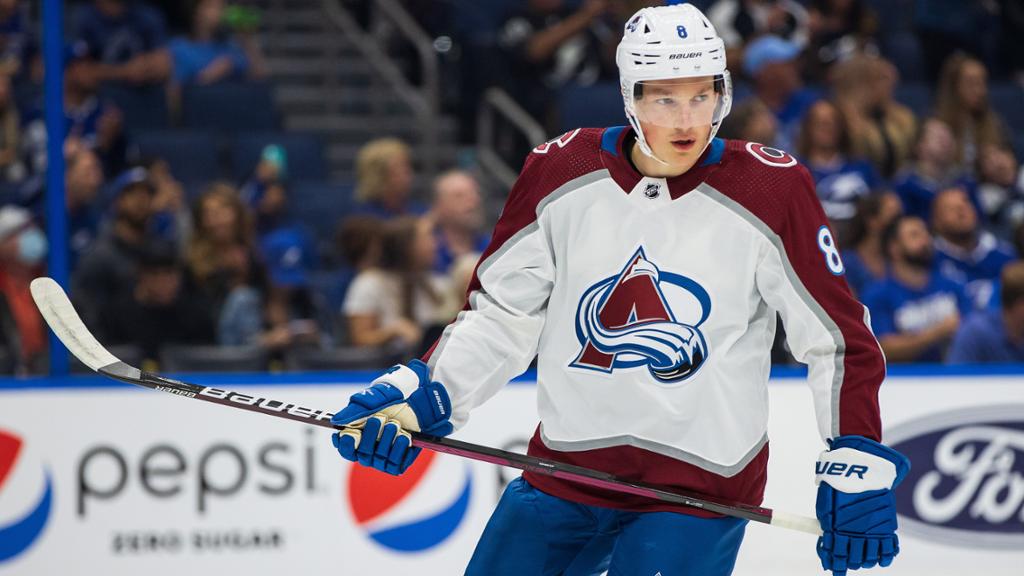 Cale Makar will not play against the Columbus Blue Jackets on Wednesday (9 p.m. ET; ALT2, BSOH, ESPN+, NHL LIVE) because of an upper-body injury.

The defenseman is day to day. He has scored six points (two goals, four assists) in eight games and leads the Avalanche in average ice time per game (25:00).

Forward Mikko Rantanen (lower body) will miss his third straight game. Forward Andre Burakovsky (lower body) is doubtful after he left in the second period of a 4-1 win against the Minnesota Wild on Saturday.

Forward Kiefer Sherwood was recalled from the Colorado Eagles of the American Hockey League on Wednesday.

The forward didn’t play in a 3-0 loss to the Philadelphia Flyers on Tuesday, the fourth straight game he missed. Schmaltz last played in a 5-3 loss to the Florida Panthers on Oct. 25. He has one assist in six games this season.

Defenseman Kyle Capobianco, who has not played this season because of an upper-body injury, skated on his own Tuesday and is day to day.

Forward Ryan Dzingel, out since sustaining an upper-body injury Oct. 25, is 1-2 weeks from returning. — Adam Kimelman

Forward Sam Bennett and defensemen Radko Gudas and Markus Nutivaara are each day to day and not expected to play against the Washington Capitals on Thursday (7 p.m. ET; BSFL, NBCSWA, ESPN+, NHL LIVE).

Bennett did not play in a 3-2 overtime loss to the Boston Bruins on Saturday because of an upper-body injury. He has seven points (four goals, three assists) in eight games this season.

Gudas (undisclosed) played 20:48 on Saturday; he has two assists in nine games this season.

Nutivaara (undisclosed) has one assist in one game.

Mike Smith could return to the lineup for the Oilers when they host the New York Rangers on Friday.

The goalie has missed the past five games with a lower-body injury and will not play against the Nashville Predators on Wednesday (8:30 p.m. ET; SN, SN1, BSSO, ESPN+, NHL LIVE).

Smith is 2-0-0 with a 3.08 goals-against average and .920 save percentage in three games (two starts) this season. Backup Mikko Koskinen has started each of the past five games.