Crosby tests positive for COVID-19, out for Penguins against Flyers 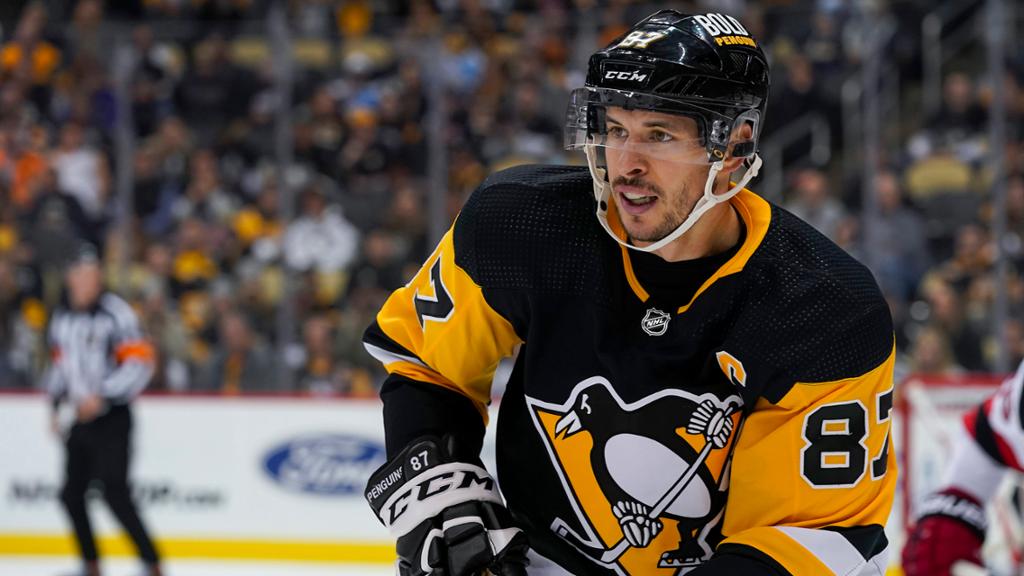 CRANBERRY, Pa. — Sidney Crosby tested positive for COVID-19 and it is unclear when the Pittsburgh Penguins center will return to the lineup.

Crosby was placed in NHL COVID-19 protocol Wednesday and has experienced mild symptoms. He will not play against the Philadelphia Flyers at PPG Paints Arena on Thursday (7 p.m. ET; ATTSN-PT, NBCSP, ESPN+, NHL LIVE). The Penguins then play the Minnesota Wild on Saturday.

Crosby, who made his season debut Saturday, missed the first seven games after having wrist surgery Sept. 8. The Penguins captain had two shots on goal and two hits in 19:16 of ice time in a 4-2 loss to the New Jersey Devils.

“I’m sure he is discouraged,” Penguins coach Mike Sullivan said. “He’s worked extremely hard to get to this point. We were all so excited about getting him back in the lineup, to get him back in the fold. This just puts another roadblock in front of it. But we’ll control what we can here. We’ve got capable people. We’re hopeful that Sid will return soon.”

Defenseman Brian Dumoulin also entered protocol Wednesday after testing positive, Sullivan said. Crosby and Dumoulin each did not practice following a scheduled day off for the Penguins on Tuesday. Each practiced in a full capacity Monday.

“I haven’t had an opportunity to talk to Sid because it happened so quickly this morning,” Sullivan said. “I never had a chance to see him this morning, but I’ll call him this afternoon to check in with him.”

Crosby and Dumoulin, who is asymptomatic, join defensemen Chad Ruhwedel and Marcus Pettersson in protocol. The Penguins have had eight players enter protocol this season.

Forward Jake Guentzel returned after missing the first game of the regular season Oct. 12, and forward Zach Aston-Reese was out the first two games. Center Jeff Carter was sidelined three games before returning when Crosby made his debut Saturday. Ruhwedel and Pettersson entered protocol Sunday.

Defenseman Kris Letang, who practiced for the first time Wednesday since entering protocol Oct. 23, is the most recent player to return after being cleared Monday. Letang, who was symptomatic, has missed the past four games.

Dumoulin is normally on the top defense pair with Letang, who was with Mike Matheson in practice. Letang skated on his own after practice Monday and again during the day off Tuesday.

“Monday and Tuesday were pretty hard,” Letang said. “Obviously, it was tough. First four days, you can’t even do anything because you’re so tired and you have all the symptoms. The last five days, I wish I could have exercised, but per protocol, I had to wait and get all my screening done.

“As soon as you step on the ice, you feel it in the lungs. The fact that I coughed a lot during those days probably didn’t help, either. But I felt like yesterday, I cleared up all the bad stuff inside me and today, I felt really good.”

Forwards Evgeni Malkin and Bryan Rust are not available because of injury. Malkin, usually the second-line center, is expected to be out until at least December after having knee surgery June 4; Rust, normally the first-line right wing, wore a no-contact jersey in his first full practice Wednesday since sustaining a lower-body injury Oct. 14.

After Guentzel and Aston-Reese tested positive for COVID-19, the Penguins began testing players and staff daily.

“Our team has taken on more responsibility just with testing and things of that nature to try to do the right thing and identify a case when it pops up. … I know how disciplined our group is. I feel, as an organization, we’re trying to do everything we can to mitigate the risk, and yet, we’re still getting it.”