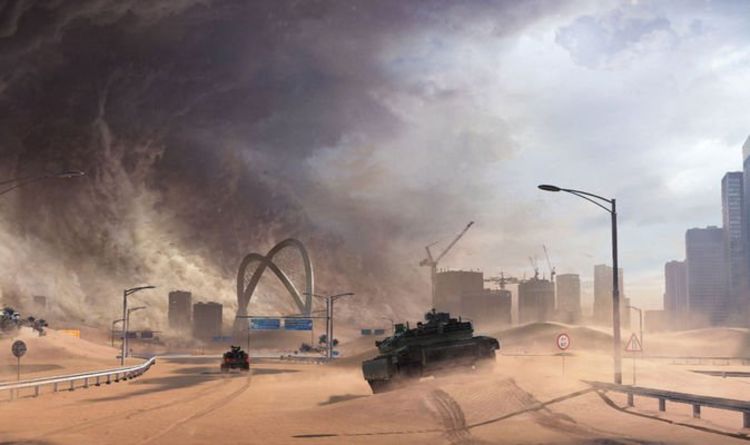 Three top FPS shooters are arriving over the coming weeks, with just small grapes separating the launch dates of each.

The Battlefield 2042 release date is wedged in between Call of Duty Vanguard and Halo Infinite, and it’s hard to see which AAA title will lead the sales chart.

Gamers have had to wait years for a new Battlefield and even longer for Halo Infinite, with Microsoft holding back for a long time.

The good news is that each should provide a different style of gameplay, with Battlefield focused on huge encounters, while Vanguard will boast a campaign and Halo Infinite including both.

There’s a wait time for each game to arrive on the market, with Call of Duty Vanguard launching first later this week.

Call of Duty Vanguard is a premium COD title, meaning you will need to pay top dollar to gain access to all its features, including the campaign, multiplayer and Zombies mode.

Warzone is the free-to-play COD title that will integrate with it, meaning that some aspects, including weapons and Battle Pass, will be shared between them.

The Call of Duty Vanguard release date has been set for Friday, November 5, across PlayStation, Xbox and PC platforms.

This will be followed by Battlefield 2042, a game that will include several modes at launch, all based around multiplayer experience.

Gamers will have to wait longer to play this title, with the Battlefield 2042 release date scheduled for November 19.

However, it should be noted that EA has announced that a ten-hour trial will be available to play on November 12 if you own EA Play or Xbox Game Pass Ultimate.

It should also be noted that those who own an EA Play Pro subscription or have pre-ordered the Gold or Ultimate editions of Battlefield 2042, will get the full game on November 12.

Descriptions for all three games can be found below:

Dogfight over the Pacific, airdrop over France, defend Stalingrad with a sniper’s precision and blast through advancing forces in North Africa. Call of Duty: Vanguard includes a deeply engaging single-player Campaign, a massive launch day Multiplayer offering featuring 20 maps including 16 built for core Multiplayer and an exciting new Zombies experience developed by Treyarch.

With support for 128 players on PlayStation 5, and for 64 players on PlayStation 4, Battlefield 2042 brings unprecedented scale on vast battlegrounds. Players will take on several experiences comprising elevated versions of Conquest and Breakthrough, Battlefield Portal; a new community-driven platform where players can create, share and discover unexpected battles from Battlefield’s iconic past, present and future, and Battlefield Hazard Zone; a tense, squad-focused survival experience where every bullet, every skirmish, and every decision counts.

When all hope is lost and humanity’s fate hangs in the balance, the Master Chief is ready to confront the most ruthless foe he’s ever faced. Step inside the armour of humanity’s greatest hero to experience an epic adventure and explore the massive scale of the Halo ring. To experience the campaign, purchase Halo Infinite (Campaign).