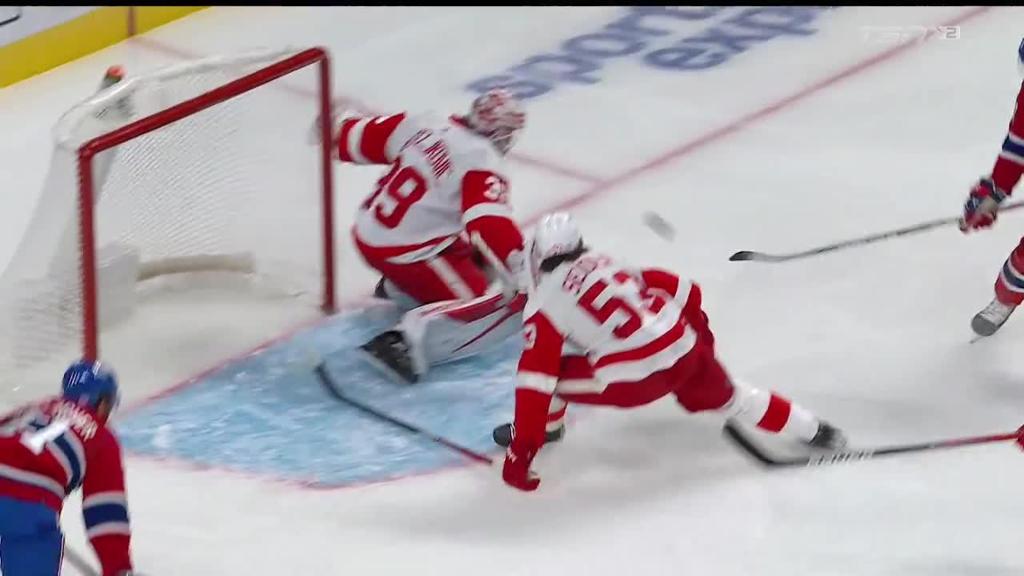 MONTREAL — Jake Allen made 22 saves for the Montreal Canadiens in a 3-0 win against the Detroit Red Wings at Bell Centre on Tuesday.

Allen’s shutout was his second in his past three starts. He made 45 saves in a 4-0 win at the San Jose Sharks on Oct. 28.

“I thought it was our best game of the year,” Allen said. “We were just solid all over the ice and the game looked easy for us, to be honest. And that’s the way it should be when you’re all playing as one. So I was really impressed with how they played.”

“It’s definitely a step in the right direction,” Suzuki said. “We needed to come out in this homestand and do a good job and get a win to start it off. So we’re happy just to get the win.”

Alex Nedeljkovic made 38 saves for Detroit (4-4-2), which is 0-2-1 in its past three games and 0-3-0 this season without forward Tyler Bertuzzi, who is unable to play in Canada because he is unvaccinated against COVID-19.

Along with Bertuzzi, the Red Wings were also without captain Dylan Larkin, who did not play for personal reasons.

“Whether those guys are in or not, we’ve got to try to find ways to score goals and try to be in games,” Detroit defenseman Danny DeKeyser said. “I thought ‘Ned’ gave us a chance. He made some big time saves, but we’ve got to put the puck in the net a little bit more.”

Suzuki scored his first goal of the season to put Montreal ahead 1-0 at 2:06 of the first period, batting in his own rebound after his initial backhand from in front was saved by Nedeljkovic.

“It’s definitely a little weight off of my shoulders,” Suzuki said. “I’ve had some chances, they just haven’t gone in. So hopefully that’s going to spark something.”

Josh Anderson made it 2-0 at 9:18 of the first. He took a stretch pass off the boards from Suzuki and scored on a shot under Nedeljkovic’s glove from the left circle.

Gallagher shot into an empty net with 2:01 remaining in the third for the 3-0 final.

“[This season’s] been frustrating, obviously, but you know the only way to get through it is to keep working, keep grinding away. Once you do that, you’re going to pull a lot of guys into the fight with you,” Anderson said. “I thought tonight everybody was on board, but we got to get back at it tomorrow in practice, keep working hard and repeat that next game.”

Canadiens forward Jonathan Drouin was taken to the hospital after he was hit in the head by a rising shot from teammate Brett Kulak at 7:40 of the first period.

“It’s always worrisome when a player gets hit in the head by a puck,” Montreal coach Dominique Ducharme said. “It’s encouraging news so far, but he’ll be re-evaluated tomorrow morning.”

NOTES: Canadiens forward Michael Pezzetta had two shots and five hits in 8:31 of ice time in his NHL debut, and forward Alex Belzile had two shots and two hits in 11:16 in his season debut. … Montreal forward Cedric Paquette served the first of his two-game suspension for boarding Anaheim Ducks forward Trevor Zegras on Sunday.