Updates on the banged up Bolts 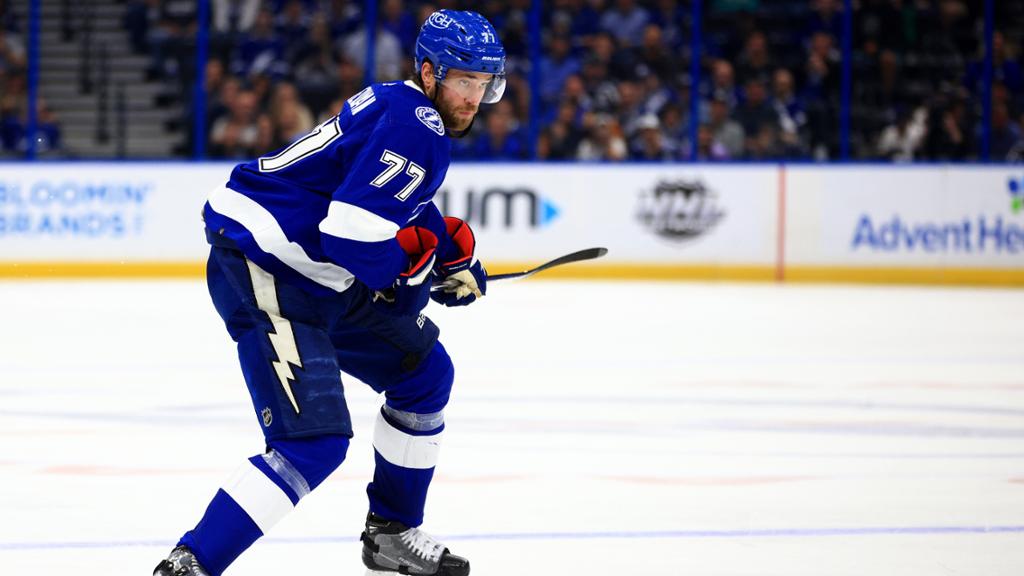 Tuesday’s practice was a mixed bag for the Tampa Bay Lightning on the injury front.

Lightning defensemen Victor Hedman and Erik Cernak didn’t practice, the team saying both were taking body maintenance days. Washington’s Tom Wilson used his stick to chop down on the forearm/wrist of Cernak as the horn sounded on the Bolts’ 3-2 victory over the Caps Monday night, sparking a brief skirmish between the two. Hedman took an elbow to the face from Wilson as the latter engineered a shorthanded breakaway attempt, although Hedman seemed no worse for the wear after the incident and played his typical 25-plus minutes.

Lightning head coach Jon Cooper didn’t sound too concerned about either’s availability for Tampa Bay’s next game Thursday, responding, “I think so. I hope so,” when asked if they would be ready to play in Toronto.

Fellow defenseman Jan Rutta skated Tuesday after missing Monday’s game with an upper-body injury. Cooper said during Monday’s post-game availability Rutta was day-to-day, but it would appear he’ll be ready to return to the lineup.

“He should be okay,” Cooper said, before adding, “There’s a lot of wear and tear for early in the year, but guys are fighting through it.”

Boris Katchouk might be out a little longer than hoped for. The rookie forward went down in Sunday’s practice and couldn’t return. He didn’t play Monday but wasn’t expected as he wasn’t in either of the Bolts’ previous two games, both victories. Cooper said Katchouk’s progressing but will likely need more time to heal.

“A little worse than we thought, so I’d say he’s questionable for the road trip,” Cooper said.

Zach Bogosian made a brief appearance at Tuesday’s practice, but only as a spectator. He came out to the bench area in street clothes during the session and watched for a few moments but headed back down the tunnel soon after.

Cooper said Sunday Bogosian was still two or three weeks from returning but is hoping to have him back prior to Thanksgiving. The veteran defenseman hasn’t played since Opening Night when he suffered a lower-body injury against the Penguins.

With only five defensemen available for practice, recently-recalled forward Gabriel Dumont suited up on the blue line to give the Lightning enough numbers to run drills.

“It’s tough when guys are missing,” Cooper said. “Not only is it tough on the player because he’s missing reps, but it’s tough on the rest of the team because guys are filling into spots where that’s not completely comfortable and you’re doing certain things out there that guys are just missing reps. It’s not ideal, but it is part of the sport when you play this many games. You’d rather the guys are ready for games, so body maintenance is big.”

On the other end of the spectrum, Lightning captain Steven Stamkos spoke to the media following Tuesday’s practice and said he currently feels the best he has physically in years. Stamkos leads the Bolts for scoring with 12 points through nine games and currently ranks seventh in the NHL for scoring. He’s produced five multi-point games already this season, just one off the pace of six set by Edmonton’s Connor McDavid.

“It’s just having a summer to train,” Stamkos explained. “Just from where I was in the playoffs until now is almost night and day in how my body has felt. Physically, when you’re feeling good, the mind is in a good place as well. It’s been so far so good for me.”

How the Prestige system works in Call of Duty: Vanguard