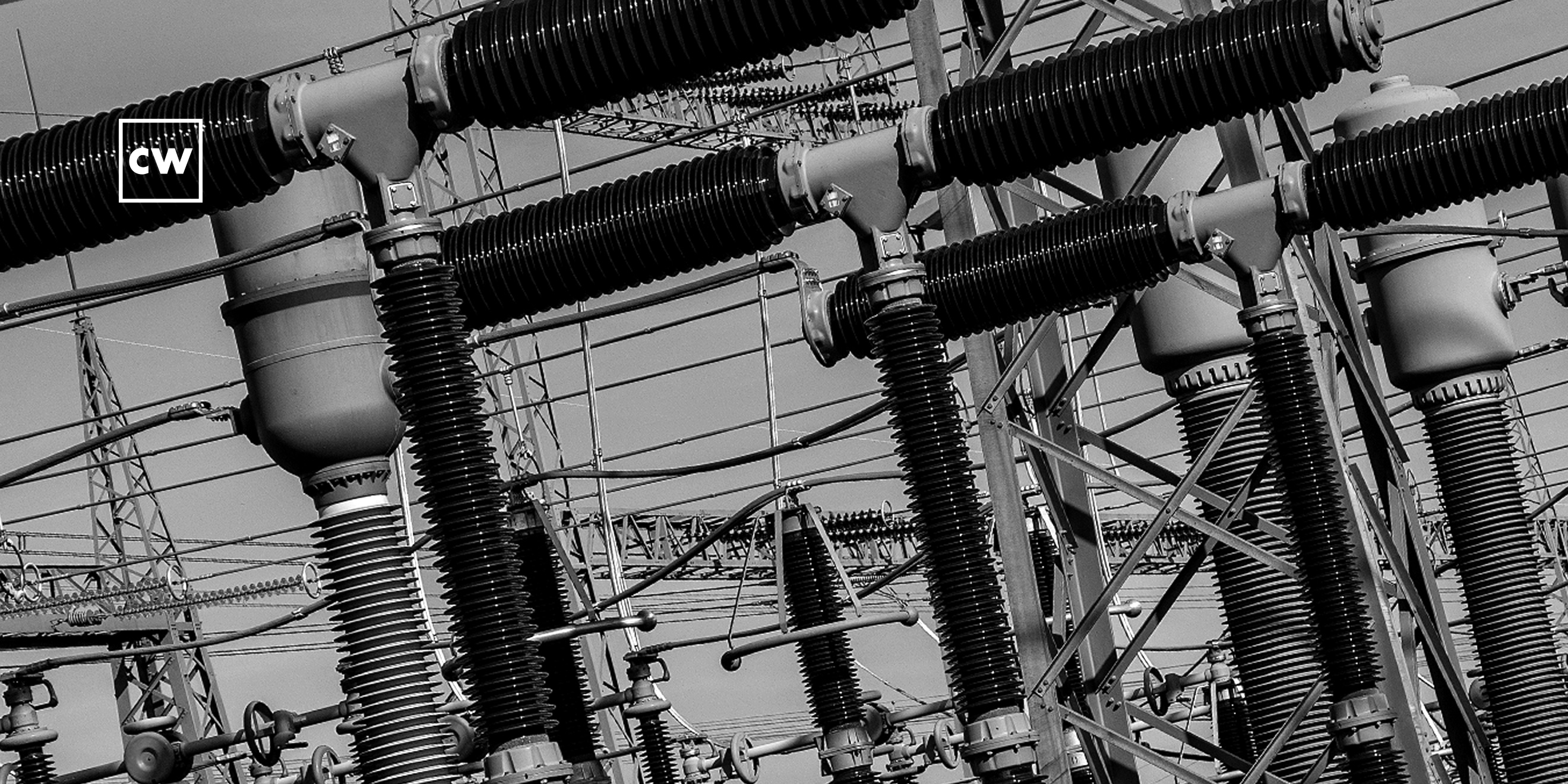 ‘Trojan Source’ Bug Threatens the Security of All Code (KrebsOnSecurity) Virtually all compilers — programs that transform human-readable source code into computer-executable machine code — are vulnerable to an insidious attack in which an adversary can introduce targeted vulnerabilities into any software without being detected, new research released today warns.…

New Trojan Source attack impacts compilers for most programming languages (The Record by Recorded Future) Academics from the University of Cambridge in the United Kingdom have published details today about a theoretical attack that can be used to insert malicious code inside legitimate apps via their comment fields.

Trojan Source and Why It Matters (Adam Caudill) Yesterday the news hit of a new vulnerability that threatens the security of all code; dubbed Trojan Source by the researchers from the University of Cambridge. From an initial analysis, it does seem to impact just about everything, and the status of fixes is very hit or miss at this point. But the real question is, does this even matter? Is this issue worth spending your time on? Let’s look closer.

A Mysterious Network of Twitter Bots Promote Alleged NRA Hack (The Daily Beast) Ransomware gangs typically share information about their victims on their own extortion sites. But one group looks like it has an army of bots to amplify its demands on Twitter.

Ransomware Actors Use Significant Financial Events and Stock Valuation to Facilitate Targeting and Extortion of Victims (FBI) The FBI assesses ransomware actors are very likely using significant financial events, such as mergers and acquisitions, to target and leverage victim companies for ransomware infections

10 ways ransomware attackers pressure you to pay the ransom (TechRepublic) Attackers will vow to publicly release the stolen data, try to delete any backups and even deploy DDoS attacks to convince victims to give in to the ransom demands, says Sophos.

Were you duped into working for a cybercriminal gang? Here’s how to tell. (SC Media) FIN7 actors set up the fake pentesting company Bastion Secure as a front to conceal its cybercriminal hacking, say researchers. And it’s hiring.

Byline about Cobalt Strike – From hero to villain and loyal sidekick of the cybercriminal (APN News) A good thing in the wrong hands can cause enormous damage. And that’s true in the cyber world, where Cobalt Strike framework has become something of a bogeyman. The tool was originally created by ethical hackers to help organizations test the security of computer systems, assess security levels and analyze the response to potential attacks. But the dark side never gives up, so when evil hackers saw the enormous potential of Cobalt Strike, they decided to exploit the tool for cybercrime.

New Zealand Cybersecurity Company Helps Squelch BlackMatter Ransomware Scheme (Tech Zone) A New Zealand cybersecurity firm is stamping out the BlackMatter ransomware scheme through a critical vulnerability. The firm is helping ransomware victims recover their data without having to pay out a ransom.

From Thanos to Prometheus: When Ransomware Encryption Goes Wrong (Security Intelligence) A weakness was recently uncovered in the key generation algorithm used in the ransomware Prometheus’s encryption process. Dig into the latest research from IBM Security X-Force.

NOBELIUM Demonstrates  Why Microsoft Is the Weakest Link (Cybereason) Troubling takeaways: Microsoft essentially took a product security advisory and framed it as threat research, and less than a year after the SolarWinds attacks, Microsoft allowed the same threat actors to slip through again…

Newfoundland forced to revert to ‘paper-based system’ after possible cyber attack on health-care network (Niagara Falls Review) Thousands of Newfoundlanders in need of non-emergency surgeries, cancer treatment and diagnostic imaging have had their appointments cancelled.

Squid Game fans duped by scam promising early release of season 2 (NZ Herald) It’s not the first time scammers have tried to cash in on the show’s huge popularity.

Acer hit by second cyberattack in one week (Digital Journal) Once is unfortunate, twice is clumsy. Computer company Acer stumbles again under a cyberattack.

Vulnerability Summary for the Week of October 25, 2021 (CISA) The CISA Vulnerability Bulletin provides a summary of new vulnerabilities that have been recorded by the National Institute of Standards and Technology (NIST) National Vulnerability Database (NVD) in the past week. NVD is sponsored by CISA. In some cases, the vulnerabilities in the bulletin may not yet have assigned CVSS scores. Please visit NVD for updated vulnerability entries, which include CVSS scores once they are available.

Global Cybercrime Report: Which Countries Are Most At Risk? (SEON) SEON’s comprehensive report of cybercrime around the world in 2021 includes the safest countries for cybersecurity, the countries most at risk, and more.

Splunk BrandVoice: The New Security Landscape: 4 Lessons Of Security Leaders For 2022 (Forbes) The consequences of the pandemic’s rapid shift to work-from-home — and the exponentially faster shift to cloud technology that it helped drive — include less visibility into the security ecosystem, less control of access points, and a larger, more varied attack surface for adversaries to target.

Zero trust in NZ, and its rise from fringe approach to industry standard (Security Brief) The guiding principle of a zero trust security model is that no-one in an organisation — from a new recruit to the CISO — is granted intrinsic trust to access the network.

UK manufacturers are feeling the cybersecurity heat (HR News) The UK’s manufacturing sector has been severely tested by cybersecurity attacks since the start of the pandemic, according to new research by Keeper

IBM to Expand Security Portfolio with Plans to Acquire ReaQta (IBM Newsroom) IBM Security announced an expansion of its cybersecurity threat detection and response capabilities with its plans to acquire ReaQta.

CrowdStrike to Acquire SecureCircle to Enforce Zero Trust Data Protection (CrowdStrike) CrowdStrike announces acquisition of SecureCircle to enable customers to gain visibility and control of how data is downloaded, used and shared via the endpoint SUNNYVALE, Calif. – November 1, 2021 – CrowdStrike Holdings, Inc. (Nasdaq: CRWD), a leader in cloud-delivered endpoint and workload protection, today announced it has agreed to acquire SecureCircle, a SaaS-based cybersecurity service […]

Even the government’s premier cybersecurity bureau has a talent acquisition challenge (Federal News Network) It’s clear the cybersecurity threat continues to rise. And so does the shortage of cybersecurity talent to help take it on.

Facebook wants to target children as young as 6 to expand its user base, internal documents reveal (Computing) Meanwhile, whistleblower Frances Haugen has urged Mark Zuckerberg to step down as Facebook CEO

U.S. Telecoms Are Going to Start Physically Removing Huawei Gear (Bloomberg) All over the country, hardware from Huawei Technologies Co. and ZTE Corp. keeps American telecom networks humming. In the coming months, many of those networks are going to start ripping it all out.

Rural Telecoms Fear Coming Outages as Purge of Huawei Equipment Begins (Gizmodo) A $1.9 billion FCC program seeks to compensate small telecoms for removing Chinese equipment, but some fear the timelines are too tight.

Yahoo Pulls Out of China, Ending Tumultuous Two-Decade Relationship (Wall Street Journal) It is the second well-known U.S. tech firm to downsize China operations in less than a month

Unmask Insider Threats and Errors and Regain Security Control with CyberArk Identity Secure Web Sessions (CyberArk) Employees across finance, sales, HR, marketing and virtually every other business department need access to web applications to do their jobs. In fact, new CyberArk research found that in a…

BT launches transformational new security platform to predict and prevent cyberattacks (Intelligent CIO Europe) Business and public sector bodies continue to face an exponential growth in the volume and complexity of cyberattacks, with new research from BT identifying a more than 50% increase in malware traffic over the last six months. Alongside a global shortage of skilled security professionals, organisations around the world are struggling to keep a lid […]

Business Test Factsheet August-September 2021 (AV-Comparatives) As part of its ongoing Enterprise Main-Test Series, AV-Comparatives has just released a factsheet with the latest test results for its Real-World

Digesting the Alphabet Soup – Can EDR and MDR Co-exist? (Infosecurity Magazine) How teams can best leverage a portfolio of detection and response strategies

Aussie workers push back on monitoring tech (Technology Decisions) Australians may have allowed the office into their home, expedited by COVID-19, but they draw the line at employers using monitoring technology.

A tip for delivering customer advocacy at a cybersecurity firm (Enterprise Times) Theresa Jones is the Chief Revenue Officer at NTT Groups Cyber Security Division. She has worked at NTT in sales roles across the organisation having joined initially through Dimension Data. She explained some of the challenges of her new role in a recent interview with Enterprise Times. The key challenges she faces are talent and marketing, something NTT is doing something about.

The Pentagon is moving away from the Joint Regional Security Stacks (C4ISRNet) The Pentagon’s chief information officer has decided to sunset JRSS in the next five years.

Marine Corps Activates Newest Cyber Defense Unit to Secure, Defend Reserve Force in Cyberspace (DVIDS) The Marine Corps has activated a new unit of cyber warriors in New Orleans to combat the ever-increasing threats in cyberspace in an effort to unify all cyber operations across the Corps. Unbeknownst to many, adversaries are disregarding traditional boundaries in attempts to disrupt and degrade communications, as well as, steal critical defense information on a daily basis. This unit is responsible for hardening, defending, and countering those threats for the Reserve Component spread across the United States at 158 Home Training Centers.

EU to adopt new cybersecurity rules for smartphones, wireless, IoT devices (The Record by Recorded Future) The European Commission has ordered an update to the Radio Equipment Directive in order to introduce new cybersecurity guidelines for radio and wireless equipment sold on the EU market, such as mobile phones, tablets, fitness trackers, and other smart IoT devices.

Presidential Advisers Recommend Agencies Invest in Automating Software Assurance (Nextgov.com) The National Security Telecommunications Advisory Committee is about to meet with senior cybersecurity officials from the White House on the issue.

U.S. Supreme Court declines to weigh public access to surveillance court rulings (Reuters) The U.S. Supreme Court on Monday declined to consider whether the public has a right to see significant decisions issued by a secretive court that approves government surveillance requests including some that are highly contentious.

The Demise of White House Market Will Shake Up the Dark Web (Wired) The popular marketplace’s closing leaves a big hole in the billion-dollar industry of illegal drugs, credit card and bank fraud, forged documents, and more.

Signal Provides Only Two Timestamps as Response to Grand Jury Subpoena (SecurityWeek) Signal says it can provide only a couple of timestamps in response to a grand jury subpoena for user data that it recently received from the District Court for the Central District of California.

Teslas, Jet Skis And A $15 Million Fortune: The DOJ Says A 25-Year Army Vet Got Rich Off Dark Web Psychedelics (Forbes) A 30-year military veteran quietly became one of the more successful dark web narcotics dealers in history, according to the DOJ, with a $15 million fortune, and sales of liquid mushrooms worth more than $140 million in Bitcoin today.

NHL Buzz: Larkin away from Red Wings for personal reasons

The financial sector remains a popular target for cybercriminals