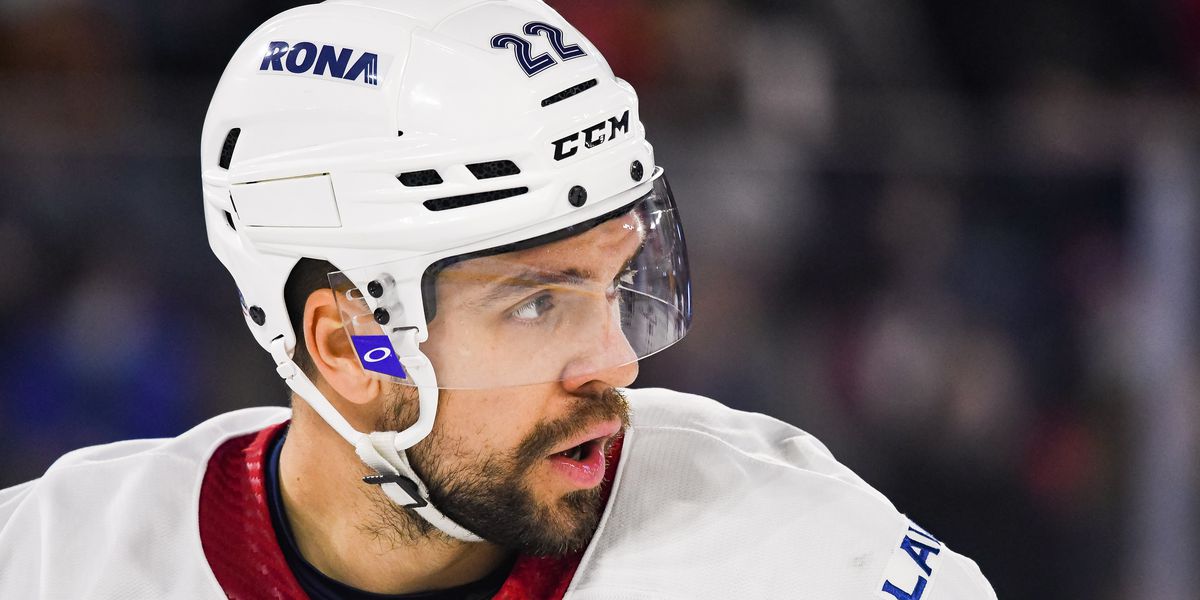 The Montreal Canadiens have recalled forward Alex Belzile from the Laval Rocket on Tuesday morning.

Belzile’s recall was necessary due to the uncertain status of Brendan Gallagher, who has not skated for the past few days due to an injury, and Cédric Paquette’s two-game suspension. The team recalled Michael Pezzetta on Monday when they sent Cole Caufield back to the Rocket. If Gallagher is unable to play, the team only had 11 forwards available for Tuesday’s game.

Belzile started the NHL season on the Canadiens roster but did not play a game before going on waivers and back to the Rocket. He will need to play 10 games, or be on the NHL roster for 30 days before he requires waivers again.

The 30-year-old has a goal and three assists in six AHL games this season. He has one assist in two regular season NHL games, and one assist in six NHL post-season games.