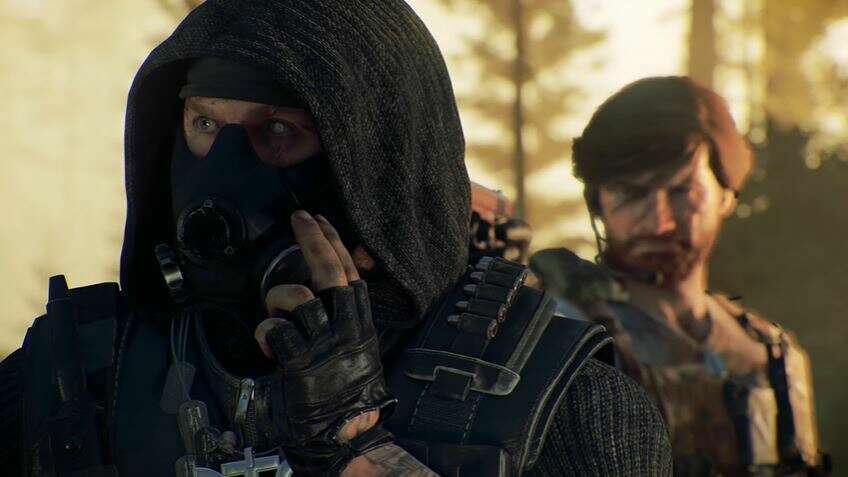 On November 2, Treyarch shared a final cutscene for Call of Duty Season 6, and the cinematic outro not only brings closure to Adler, but also serves to close out Black Ops Cold War‘s ongoing storyline for multiplayer and Warzone.

Black Ops Cold War’s post-launch narrative has been a back and forth battle between Adler and Stitch. Throughout the seasons, Alder was kidnapped, tortured, and even brainwashed by Stitch with the iconic Numbers broadcast that led him to blow up huge chunks of Verdansk. Thanks to help from Alex Mason, who was introduced as Season 6’s new operator, Alder was deprogrammed and the mission to hunt down Stitch resumed.

Cold War’s final cutscene shows Adler and his CIA team catching up to Stitch in Verdansk for a final showdown. With nowhere left to run, Stitch is surrounded in a forest. However, he remains ultimately calm, telling Adler that his plan in Verdansk was still completed despite the attempt to spoil it. Stitch claims Perseus, the Black Ops Cold War campaign antagonist that Adler spent years hunting, is not one man but an ideal. He points to a grave and tells Alder that Persus died of cancer in 1983. Stitch also says that the man Alder had been hunting was not the first Perseus nor the last.

In his final moments, Stitch says, “I have changed the world, Adler. In ways you can’t even imagine.” The scene fades to black, and a gunshot presumes that Adler shot and killed Stitch.

Black Ops Cold War’s story may give closure to Adler, but it leaves players hanging on the question of what Stitch’s broadcast changed. This also feels like a setup for a new power to step into the shoes of Perseus.

This is Black Ops Cold War’s final season, as Call of Duty: Vanguard launches on November 5. All of this content continues for Call of Duty as Activision Blizzard faces a lawsuit from the state of California over alleged harassment and discrimination against women.

Opinion: Andy Robertson’s poor form is becoming a big problem for Liverpool as they prepare for Atletico Madrid test