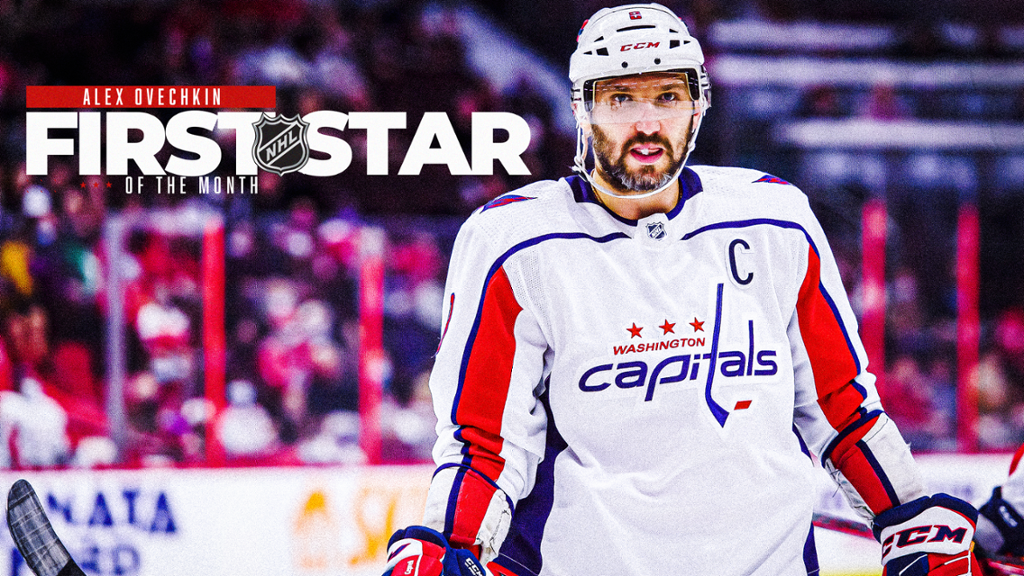 Ovechkin registered a League-leading nine goals in eight games (9-6-15) to power the Capitals to a 5-0-3 month (13 points), marking the first time in franchise history that Washington has completed October without a regulation loss. Ovechkin, who also ranked second in the NHL with 15 points and fourth with 36 shots on goal, scored in seven of his eight appearances, including his 731st and 732nd career goals on opening night (Oct. 13 vs. NYR: 2-2-4) to surpass Marcel Dionne (731) for fifth place on the League’s all-time list.

The nine-time Maurice “Rocket” Richard Trophy winner, who now sits two goals shy of matching Brett Hull (741) for fourth place in NHL history, also tied his own franchise record by beginning the season with points in eight straight games, a feat he first accomplished during his rookie campaign of 2005-06 (6-4-10) and was matched by Alexander Semin in 2006-07 (8-4-12).