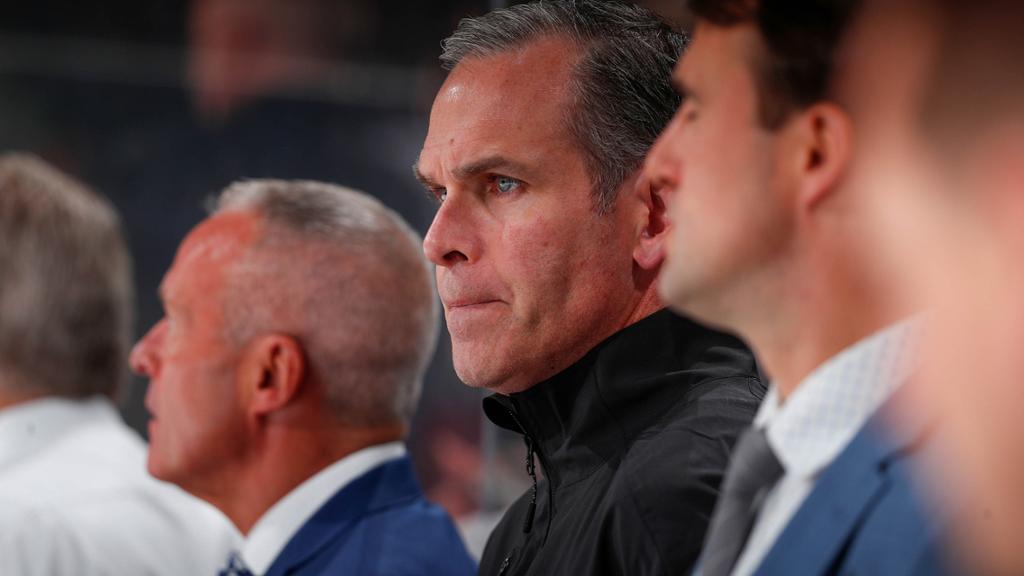 If Sean Skahan weren’t the strength and conditioning coach of the Minnesota Wild, he could easily moonlight as a double in a movie like “The Departed” or “The Town.”

A 46-year-old native of Boston, who has spent most of his career working well outside the limits of his hometown, his accent is a piece of him that may never leave.

But it’s those Boston-Irish roots, combined with 15 years in the potent Southern California sunshine and an aversion to sunscreen that triggered a scary diagnosis earlier this year: Basal Cell Carcinoma.

Skahan is now one of about 17 million people in the United States who are cancer survivors.

The Wild will celebrate them, and remember the millions others lost when it hosts the Ottawa Senators for its Hockey Fights Cancer Awareness night Tuesday night at Xcel Energy Center.

Basal Cell Carcinoma is a common type of skin cancer that almost exclusively develops on the neck and face because of repeated and intense sun exposure.

The good news is, the cancer is very treatable and it rarely spreads to other parts of the body. But after having a cancer scare in his neck 15 years ago – when he was told a lump in his neck was “50/50 for cancer,” hearing the diagnosis wasn’t easy.

Neither was being on the neurosurgery ward at Rochester’s Mayo Clinic, where Skahan immediately became grateful that his cancer was treatable.

“That was tough for me, to see young children with brain cancer or other things going on,” said Skahan, himself a father of two. “[My cancer] is a small form of cancer. There are people going through a lot more serious or life-threatening situations than me.

For Skahan, who spent 13 seasons as strength coach of the Anaheim Ducks, the culprit of his carcinoma was easy to detect.

“My Irish skin lends itself to get red sometimes,” Skahan said. “But I didn’t care. Didn’t wear hats, didn’t wear sunscreen. I didn’t care, but I wish I did.”

It was about six years ago that Skahan first noticed a white spot just under his right eye. It didn’t hurt, so didn’t think it was anything more than a blemish on his skin.

“One day it sort of popped up out of nowhere,” Skahan said. “I didn’t know what it was, it was just a white spot. But I couldn’t even tell you it was there unless I saw it in the mirror. I couldn’t feel it, I never noticed it unless I saw it.”

But the spot persisted for years, eventually turning into something similar to a scab. Then, five or six years after he first noticed the spot, and a few months after it morphed into a scab, it began to get irritated any time he would touch it putting on a shirt or if he’d scratch under his eye.

Earlier this year, he rubbed his eye and it began to bleed. He came to the rink one day and Travis Green, the Wild’s assistant athletic trainer, advised him to get it looked at.

“I think people knew it was there but they didn’t say anything,” Skahan said. “I’d put a Band-Aid on it or something and hope it would get better. But that was where the awareness part of it came in for me.”

When Skahan went in to have it checked by Dr. Elyse Scheuer, he immediately received some ominous feedback.

“She knew right away, ‘that doesn’t look good,” Skahan said. “It was surprising because it wasn’t a big deal, it was just this mark on my face.”

After a biopsy and some tests, the dermatologist’s initial reaction ended up being spot on.

Two days after the Wild lost in Game 7 to the Vegas Golden Knights in last year’s playoffs, Skahan went to Dr. Sachin Bhardwaj to have the spot on his skin removed. After arriving, they removed some of the bad tissue, then analyzed it, removed more, analyzed that, and continued until all of the cancerous tissue was gone.

When all of the bad tissue was gone, the wound was bandaged until the next day, when he had a plastic surgery procedure with Dr. Harley Dresner to repair the area near his right eye.

Over the past five months, Skahan has been sporting a gnarly scar around his eye, but one that is healing and improving every day.

And it’s certainly better than the alternative of having cancer growing in his body.

The entire experience has made him more aware of his own surroundings when he’s in the sun, but he also brings an urgent message to those out there that may have something on their skin that they don’t know what it is: don’t wait around like he did, thinking it will just go away on its own.

If you have something going on that’s mysterious, get it checked out and taken care of as soon as you can.

“Be proactive with your health,” Skahan said. “I should have been doing that in my role with the team. But your health is the No. 1 important thing. You get wrapped up in everyone else’s health and looking after these guys’ health, but you have to look after yourself too.

“If it’s a spot … wherever. If it doesn’t look normal, get it checked out.”

Awoniyi: Why my time at Liverpool was great even without competitive games