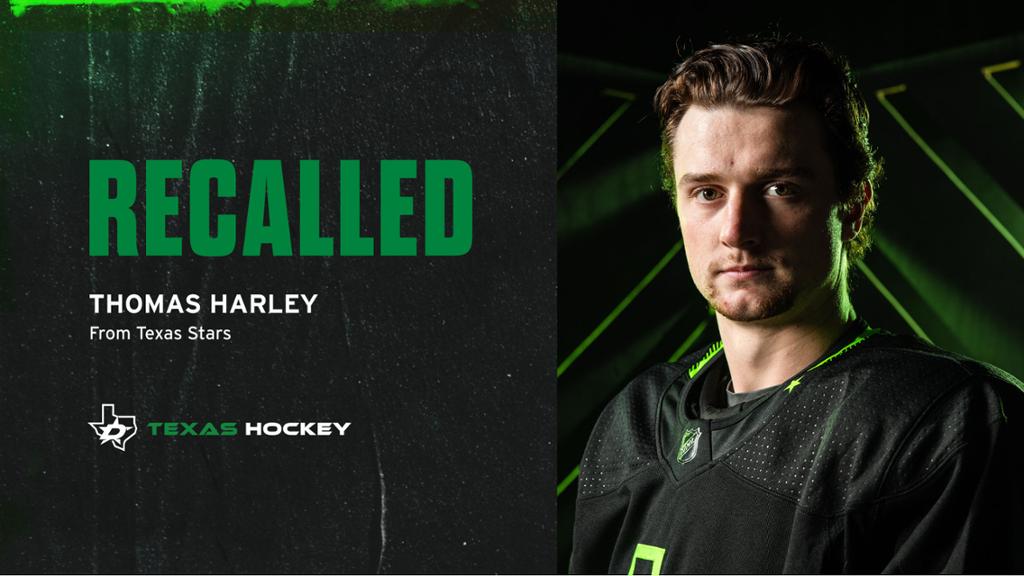 Harley, 20, has recorded one assist (0-1=1) and nine shots on goal in six AHL games played with Texas so far in 2021-22. The blueliner has earned 26 points (8-18=26) in 44 career regular-season AHL games. Harley has also skated in one career NHL postseason game, logging one hit and one blocked shot in 10:58 of ice time in Round Robin Game 2 of the 2020 Stanley Cup Playoffs against Colorado.